I hope that Canada.com will forgive me for stealing this oh-so-perfect title. I could not resist.

I’ve been asked why I don’t admit that I was wrong about the Iraqi war. Why don’t I acknowledge the success and join in the jubilation of the people shown on TV yesterday. It must be arrogance on my part not to admit I was wrong and all those who supported a US-led war in Iraq were right.

True, having Saddam Hussein no longer in power is a good thing. No one denies that. But if he’s just going to be replaced by another similar to himself, who grabs power in this chaos, what’s the point?

If we were concerned about the people of Iraq, we would have brought the different Iraqi leaders together before the war and reached agreement about an interim government. We would have stabilized each region as we pushed through, rather than enter, blast, kill Iraqi soldiers, and move on. Because we did not stabilize the areas we moved through, we left hungry, thirsty people in our wake who are now being victimized by thieves and murders. We left aid workers unable to enter areas because fighting still continues.

If the focus was on bringing freedom to the Iraqi people, we would have secured the area so that Abdul Majid al-Khoei would not have been assassinated as he arrived in Iraq. Haider al-Kadar wouldn’t have been murdered by a mob. We wouldn’t have Chalabi working to seize leadership, a move that makes one wonder exactly what, or who, will replace Saddam Hussein.

Britain definitely wouldn’t be putting the control of Basra on a tribal leader on the basis that a) the leader volunteered and b) the British interviewed him for two hours, and he seemed okay. Only now are we hearing that most of the tribal sheikh were in the pay of Saddam Hussein, and are deeply distrusted in the area.

In time of war, there is always looting, but the scale of the chaos in Iraq is reaching anarchistic proportions.

A water line from Kuwait into Umm Qasr was opened this month, but it also falls short of the need, and some of that water has been hijacked by bandits who sell it on the black market, meaning that the most desperate people – the weak and the poor – are doing without.

This is the same water supply system that Rumsfeld recently boasted about to American journalists, who eat this stuff up like sweet taffy on a spoon.

The US and Britain armed forces do little to stop the chaos because they are still on their primary mission of defeating Iraq. Additionally, troops fresh from the battlefield do not make good peacekeeping troops. Quite the contrary, they seem to almost encourage the chaos.

Not only are office fixtures and candy being looted – now hospitals are being stripped, food stolen, cars hijacked, people being shot. In Basra. In Baghdad. Throughout the country. What’s the response of the commanders?

“We’re seeing a lot of jubilation, (from) people who have been oppressed for years and years. We believe that this will settle down in due time,” said Brig. Gen. Vincent Brooks, who is deputy director of operations for U.S. Central Command.

This is an example of our strategy to help the people in Iraq? Equating these events with the same exuberance one would equate with a end-of-term school dorm?

Everyone pats Rumsfeld on the back for his strategic genius in using fast, small forces. Colin Powell’s star has fallen because he pushed for more troops; after all, with the strategy we followed, we entered Baghdad in two weeks. And the civilian casualties are relatively light.

Yes, but we did so at the cost of a completely de-stabilized country, which is quickly heading into a disastrous collapse of all authority, with the very real danger of many, many more civilian dead and injured, as well as early signs of widespread disease now beginning to appear. If we had gone in with the larger number of troops that Colin Powell recommended, there would have been enough people to leave behind at each community, and hold the infrastructure in place long enough until a more permanent solution is reached by the new Iraqi government.

I’d hold those pats on the back and congratulations for Mr. Rumsfeld if I were people.

I can appreciate that the military exercised great caution in bombs dropped and that the initial count of dead is relatively low – only (only?) about 3000 or so (most likely more before we’re done), but that never was the issue about Iraq. We knew that the US would win the preliminary battles – there was no question of this. But we also knew that the real problems would happen afterwards. If some are astonished at the speed with which this war was fought, I’m astonished at the speed at which these problems have surfaced.

Here’s a deal – if in one year I see peace in Iraq under a government that’s reasonably acceptable to Iraq and most of the Middle East, I’ll admit I was wrong. But in the meantime, you’ll have to excuse me if I don’t find some statue to knock down in celebration. 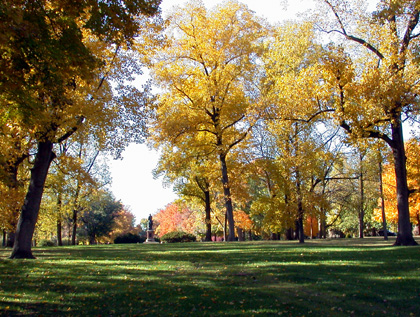 Guardian Unlimited’s Brian Whitaker’s Symbolic in more ways than one:

The US defence secretary, Donald Rumsfeld, again threatened to escalate the Middle East conflict last night when he accused Iraq’s neighbour, Syria, of helping senior members of the Baghdad regime to escape. The US was getting “scraps of evidence” to this effect, Mr Rumsfeld added.

Many believe the “Syria-next” scenario to be improbable. For one thing, the Bush administration knows that an assault on Syria would merely polarize the Middle East further. And, perhaps more significantly, even Washington hardliners don’t really believe a war is needed to change Syrian behavior.

I’ve always been a big believer in recycling.