America, you ode for reality!
Give back the people you took.

you thought of first but do not
own, or keep like a convenience.

People are your own word, you
invented that locus and term.

Here, you said and say, is
where we are. Give back

what we are, these people you made,
us, and nowhere but you to be. 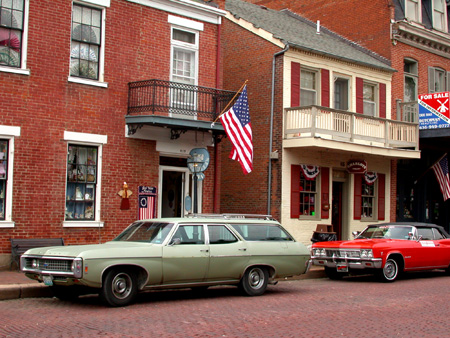 Look at him there in his stovepipe hat,
His high-top shoes, and his handsome collar;
Only my Daddy could look like that,
And I love my Daddy like he loves his Dollar.

The screen door bangs, and it sounds so funny–
There he is in a shower of gold;
His pockets are stuffed with folding money,
His lips are blue, and his hands feel cold.

He hangs in the hall by his black cravat,
The ladies faint, and the children holler:
Only my Daddy could look like that,
And I love my Daddy like he loves his Dollar. 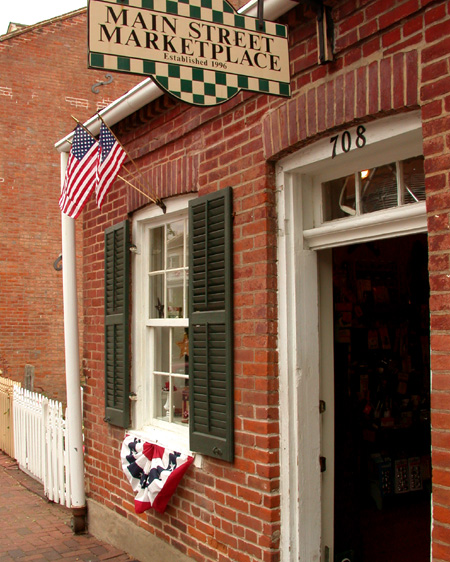 Today the clouds broke and I jumped into Golden Girl to spend the day over in St. Charles, along the Missouri river. As I was waiting at a light behind a large, expensive silver SUV, I noticed something flying from the driver’s window.

The driver, blond and young and pretty and wearing makeup and hair done just so was eating an orange, tossing peels out the window, as if the world were her garbage can, and some shadow would be along directly to clean up after her.

I watched the peels flying across the street and the sight made me angry, not because the peels wouldn’t eventually biodegrade and turn into a brown mush at some point to be washed away; but because the act was so careless, so privileged.

Here was this rich spoiled pretty woman throwing her garbage on my nice clean streets. I sat and fumed and when the light changed, she didn’t move right away because her hands were full of orange, of course, and I did something I hadn’t done before. I leaned on the horn.

I leaned on the horn and looked at her in her mirror; me with no makeup, hair a mess wearing dark glasses perched on a nose in a face that’s seen a year or two, in my small little economy car that gets good gas milage, but won’t turn heads.

Blondie looks in the mirror and gives me a face and holds the half peeled orange out the window, as if this is a reason to hold me up, and slowly starts moving forward, throwing peels behind her as she moves. Petals from an American flower girl.

I became more mad if that was possible and pulled to the right to pass her but there was this slow Falcon in the way. Well, it wasn’t really a Falcon, but it gave the impression of being a Falcon. And the silver SUV stayed to my left, matching me mile for mile, blocking me so I couldn’t pass.

At the light to turn to the freeway, I had to slow and pull in behind the silver SUV again, and the bitch gives me a smile of triumph in the mirror, her great big car holding up my little one, forcing me to swallow her fumes.

(And all the ladies reading this will know that smile and understand what happens next.)

The light changed and we turned the corner and headed on to the freeway and we pulled out, both going fast and side by side, passing other cars to the right and left, and in-between. First I’d be ahead, and then she’d be ahead, and Rock me Amadeus was playing on the radio, beat of the music keeping up with the heavy tap of my foot on the gas and brake.

She, with her high powered silver engine pulled ahead on the hill as Golden Girl tried her best, gasping a little at the load on the tiny, but gas friendly engine. However, when I topped the hill, the silver SUV was far distant.

But I knew in the end that I would triumph as we headed to the entrance from 44 to 270 and I began to catch up, gold following closely on silver. She might have more money, and less years, and prettier hair, and a bigger car, with a bigger engine. But I had something she didn’t have…

As she slowed her tub of lard down to take the corner leading from West to North, I put the pedal down and GG’s engine raced, and sweet girl and I hugged that corner, pushing 90, sailing past with ease, nothing more than a blur of blond hair in the window as I passed.

And when I raced beyond her fender, and pulled in front and knew I had taken the prize, I opened the window and yelled out loudly over the music and the freeway noises words she couldn’t hear, but I knew could sense as she looked me in the face in my rearview mirror: “Eat asphalt, you off-road slut!”