My roommate surprised me with a wonderful gift tonight, a movie I’ve been trying to find on DVD for a long time. The movie is “Mr. Baseball” with Tom Selleck. It wasn’t a popular movie, and I doubt you’ve heard of it. It’s also not especially ‘artsy’ but I still love it. *

I wish I could say that I identify with the lovely Aya Takanashi, but to no avail. Her gentle refined sense of acceptance sounds wonderfully peaceful, and is exceedingly elegant, but I never have been one to just roll with the punches. I’m not particularly elegant, either.

No I tend to identify more strongly with Jack, Mr. Baseball. Its not as if I chew tobacco, maintain a rigid inflexibility, have a hairy chest, and am rude to people in their own land, the defining symbols of the protagonist; it’s more a matter of having a strong sense of self, a streak of stubbornness and defensiveness, and not always to the good.

When I say, strong sense of self, this doesn’t mean that I’m not a team player, I can be. My problem, as it was Jack’s, is I tend to play in the wrong teams. And then I’m too stubborn to admit it.

I watched this movie tonight as I thought about some of the discussions I got into this week. Especially the discussions about RDF. This has not necessarily been a great week for my book on RDF/XML because it’s caught up in the very real wars between the XML ‘view source’ people, and those who support RDF and RDF/XML.

I spent two years working on the Practical RDF book, all the time maintaining one firm decision – it was not going to be a book for the Semantic Web adherents; it was going to be a book for just plain folks. For people like me. I lost some respect from the theoreticians with this approach. Not all, but some. I can name you about 20 long-time RDF adherants who could have done a better job covering the theory behind RDF and the Semantic Web.

My book also tends to fall between the cracks – too RDF/XML for some, not enough RDF for others. And the title doesn’t help: who ever heard of combining ‘Practical’ and ‘RDF’? The title itself generates laughter, sometimes with me, sometimes not.

Lately, I’ve been spending considerable time with the Alpha Geeks, the P/E/A revolutionaries, and the XML view source people, and there’s just no return for me in this. Smart, dedicated, and too damn stubborn themselves, they’re good people and they make good team members. But they’re not my team. I’m not an Alpha Geek or a P/E/A revolutionary. I’m definitely not an XML view source person.

I once thought that the disconnect between me and the Alpha Geeks was because they were primarily men, and I was a woman; sometimes the only woman. I realized today that I was wrong – in most cases gender has nothing to do with it. The disconnect is because we come from such different backgrounds, and our focus, interests, and talents are different.

Oh there’s a few pricks who get threatened by any woman smarter than a gerbil, You can recognize them – anytime a woman disagrees with them, they’re either being “hormonal” or “hysterical”. And as we’ve discussed, time and time again, men and women play together differently. But for most of the Alpha Geeks, gender really isn’t the issue. Passion, interest, and focus are, and in these we differ. The differences left me feeling like odd man out, making me defensive, but too damn stubborn to just get out, to realize I need to let go.

It was an epiphany for me, let me tell you. Kick in the pants time.

So, I’m making some changes, starting with closing down the Practical RDF weblog. I’m re-focusing on the …For Poets weblogs. They may not be for everyone, too poetic or wordy by far for many of my Alpha Geek friends and others, but I like them.

*And the noodle dinner scene cracks me up, every time. 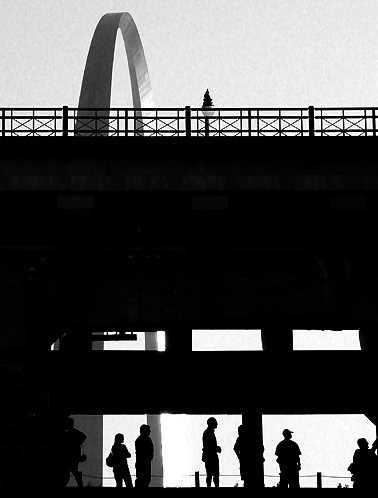 Coming home from the park tonight, I had the windows rolled down to catch the evening breezes, and the music cranked loud, enjoying being out of the house and away from the computer. I was on autopilot, not really paying attention to my surroundings until I pulled up behind a dark green car at the spotlight. The license plate read KRSTOF.

KRSTOF. Kristof. A name that evokes images of dark gypsies with mysterious ways, brilliant red sashes holding hair back from unnerving black eyes. I peered into the back window of the car but the glass was too dark and the sun against it to bright to see anything more than a shadow of a head. A male head. Of course.

When the light changed and as we drove, I thought about this man in the green car, with the name that rolls across your tongue like fine chocolate or the merest wisp of fine cognac.

Kristof is a hiker, like myself, but unlike me, with my walks along the Katy Trail and Powder Valley, he’s traveled all throughout the world, hiking the fjords in Norway and the hills of Scotland. He speaks with a slight accent, the product of his early youth spent in Europe, as the son of a university professor who taught medieval history.

His face is lean and dark from the sun, and wrinkles formed grooves down his cheeks and a single line between his eyes. He’s is in his 50’s, but age sits on Kristof as lushly and caressingly as the dark, sable soft mustache sits over his thin lips.

His hands grab the leather wrapping of the steering wheel, fingers long and slender but strong; gentle hands with calloused fingertips, a legacy of years of playing classical guitar. Around his neck he wears a silver necklace, weighed down by an extraordinarily carved amber leaf, held in place by intertwined silver vines. The pendant was a gift on his 40th birthday from his mother, an artistic and eccentric woman who used to make him soft boiled eggs sprinkled with chives and dotted with caviar for Sunday breakfast.

His parents are separated, and have been for years; though apart, they still remain close. There is love between them and always will be, but it’s not enough to overcome their need to be free — a need that chafes at the bonds of daily cohabitation. As soon as Kristof was old enough, they talked with him about this need to be apart and from that moment he alternated his time between them, content with his odd but satisfying family.

Kristoff’s father is retired, living in Denmark and doing research for a book on Margaret, Queen of Denmark, Norway, and Sweden. Margaret, a queen in a land dominated by men, was gifted enough to capture the hearts of the people and keep peace in her homeland of Denmark; strong enough to extend that peace through marriage and alliance to include Denmark’s neighbors, a rare moment of unification for an area with strong regional ties.

Kristof’s mother is visiting Russia, searching for fine specimens of Baltic amber, the stone she uses for all of her jewelry. At one time she used other stones, such as onyx and opal and Lorimar, but after her first creation with amber — the very pendant on her son’s necklace — she would work with no other material. In Moscow, she meets with an old friend and over cups of strong tea served in tall glasses held by delicate silver filigree, they talk of rumors that another piece of the famous Amber Room has surfaced. Entirely crafted of fine amber in different hues, the Amber Room was a gift to Peter the Great from the King of Prussia, and they say to walk within it was like bathing in pure sunlight. The room disappeared during the War, stolen by the Nazis and some said destroyed in a fire, others said at the bottom of Baltic Sea when the ship carrying it was sunk.

As much as he loves his parents, though, Kristof’s mind is not on them, Margaret, or amber. He’s thinking of a trip two weeks ago when he was visiting a close friend who lives in Maine. They had spent a fine day out on a boat owned by his friend’s brother, sailing about the bay with the Atlantic breezes cool as they blew through Kristof’s thick, dark hair; the sun warm as it touched upon the glint of silver at his temples and in his mustache.

The boat was trim and sleek and the gathering of friends and family was warm and friendly, made more so by another guest, the cousin of his friend’s brother’s wife. He had noticed her as soon as he stepped on to the boat, a woman with chestnut hair down to her shoulders softly framing a face lovely, but not beautiful. She had a light dusting of freckles across her nose that he only noticed that evening when they walked along the beach and he bent down to meet her face tipped up to meet his. The moonlight and the golden glow of the antique streetlight next to the beach picked out her soft grey/green eyes, a hint of laughter and something else, something more subtle, reflected back at him.

In the morning, they shared strong, rich coffee made smooth by sweet creme, and spread blueberry jam on fresh, still warm muffins. The day promised to be another fine one, with only faint wisps of fog curling around the trees by the shore. They ate on the porch, sitting in rockers worn grey from years in the salt air and smooth by the bodies of past visitors, occasionally tossing crumbs to the seagulls that shamelessly begged at their feet.

Kristof remembered her soft curves and generous mouth and the blue-green tang of the ocean, always the ocean behind and around them; but more, he remembered her laughter and how well their words met and melded into crystaline phrases he could still recall. He told her about autumn in St. Louis, looking at her from the corner of his eye as he spoke about the deep greens of the hills turned into the same brilliant colors of his mother’s collection of fine amber. He also made sure to talk about nights filled with delicately fried catfish accompanied by dark beer, and cool, blue jazz. His words were both a promise and a lure, and he wondered whether he should wait until he got home, or pull over then and there and call her on his cell phone.

At that moment, Kristof turned into the left turn lane, and I pulled up beside him and then passed, eyes forward and on the traffic surrounding my car.