I went for what was a three mile hike yesterday and ended up going six miles, primarily because I followed an animal track rather than the trail meant for humans. In the Spring here in Missouri when the marsh grasses are fresh and tall, and haven’t been beaten down by other hikers, you can mistake a natural path used by animals for one used by humans — until you reach that moment when you go, “Way a sec. This can’t be right.”

My moment yesterday was when I drew close to the river and realized that much of the trail was under water, and what was above was very wet clay. If you have not walked on wet clay before, you may think that walking on something like ice is difficult. However, ice just sits there, being hard and shiny and fairly dependable–you know if you step just right, your foot on the ice will go a certain way. Wet clay, on the other hand, is devious. It will seem to be hard and stable one moment, and just when you think you can walk at a normal pace, it liquifies beneath you in a brown goo that slides out from under your foot even if you’re not moving. Worse, it sucks at your shoe so that each step is accompanied by faintly obscene and definitely undignified sounds.

Thankfully I had my walking stick with me and was able to use it to hold myself relatively upright, as well as test for shallow pockets of muck, as compared to ones that will eat you alive. It didn’t help that I wasn’t wearing my hiking boots, but was, instead wearing my relatively new, though bought at a lovely discount, white tennis shoes.

At one point, the trail, what there was of it, split in two directions but neither was marked. I picked the wrong one, which is how I ended up walking through hip high green on a narrow trail that never did stabilize. Being pigheaded, I was determined to follow it until I reached the regular trail, but the path ended up going into the river. Not, however, before coming face to face with a nicely sized beaver, who I can tell you, was more than a little miffed that I was tromping through his territory.

(Some would say that bears are the most ill tempered mammals, but no creature can get meaner than a beaver — just ask people whose dogs have been drowned by the critters.) 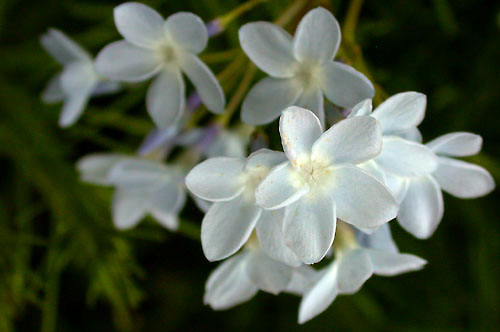 Beaver are hard to photograph and here I was, faced with a golden opportunity to get a nice picture. I reached — ever so gently — to get my camera from its case, but even with the care I took, the beaver took alarm at my actions and vanished into the tall grass; moments later I heard a splash as it headed into the river. All I was left with was the opportunity to capture his tracks. In all the lovely muck.

I returned to where the trail split and this time headed in the right direction. Along the way I passed fields full of wild flowers–amazing flowers– and birds and dragonflies and other colorful insects. I used my walking stick to wave in front of my face when going through dense greenery, to break any webs across the trail — it’s not particularly pleasant to walk into a web on a trail and then end up with a harmless but intimidating spider crawling on your face. Even if you’re not frightened of spiders, and let me assure you, I am, the experience is not edifying.

During all of this, I met no other hikers, which was unusual. The day was beautiful and the area usually has people about, even during the week. Finally, I met up with an older woman and asked her if I was heading in the right direction to make it back to the main trail. She assured me I was and warned me not to head in the western direction, because much of the area was flooded and impassable. I told her I had just come from that direction.

When I got back to my car, I was exhausted, and dirty…but satisfied. It felt good.