Despite the clouds and a threatening storm, I could no longer delay my lookout for Fall color. Since the price of gasoline is outrageous, I stayed local, and went to the Missouri Botanical Garden.

I rather like the mix of colors and scenes I was able to discover, so this is a bandwidth killer. 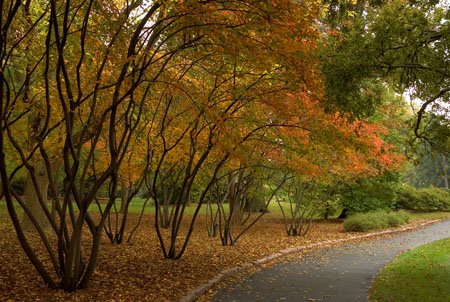 I was asked recently about why I don’t take more photos of people. I do have some that are favorites of mine. I have many other photos of people, including several from the Pumpkin Patch last weekend. The reason I don’t publish them is that I usually don’t care much for them. 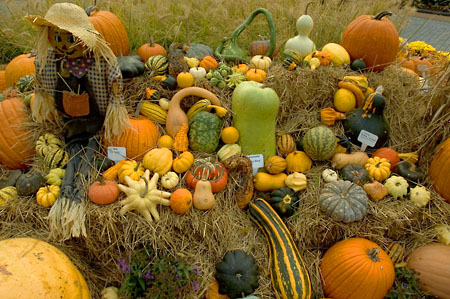 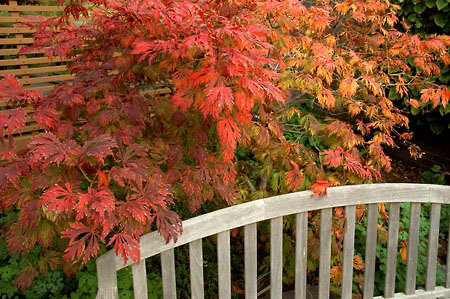 I like color and shape and an emotional context. Sometimes I’m able to grab photos that have all three; other times, I have to settle for one or two out of three. But that’s okay, I love the search as much as the discovery. 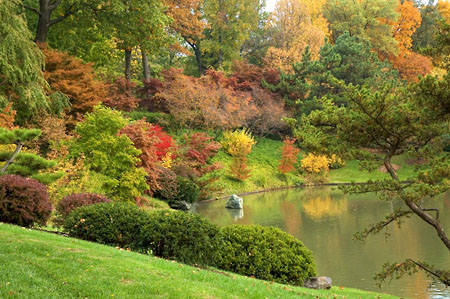 There have been times I’ve wanted to take photos of people, and have hesitated because I didn’t know how to approach the people, or the opportunity just wasn’t there. One of my favorite photographers, Walker Evans, is famous for his photos of people–on depression-era farms, subways, and on city streets–but was uncomfortable approaching people directly. When he photographed people at the farms, he would set up his camera and then just wait until the person formed an expression he wanted.

He would rig hidden cameras under a coat for use in the cities. Maybe I should try something like this.

That’s not to say I want to take photos like Walker Evans. No, he had his unique and wonderful style and I couldn’t duplicate it, and wouldn’t want to. 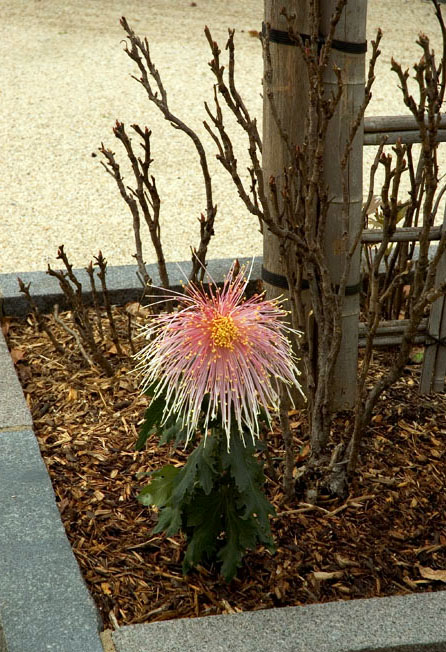 There are several professional photographers (retired or still active) who weblog and who I admire, as photographers, writers, and people, but I wouldn’t want to photograph like them, either. I would listen to their advice, and welcome it; but they have their own style, and I’m still finding mine. 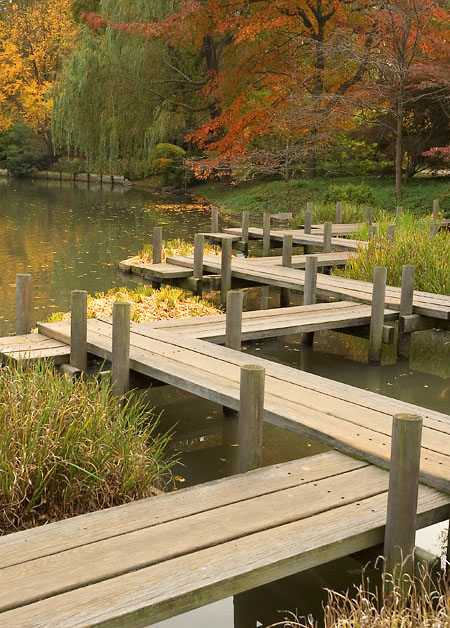 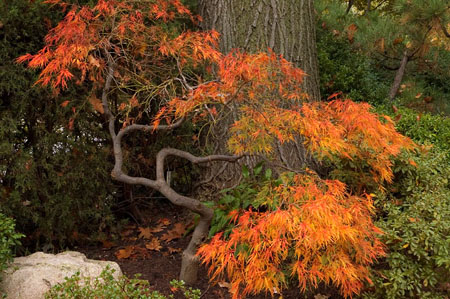 In the meantime, I look for color and shape and emotional context–whether I find it in a kid playing as a dove in a town square, or in a fall garden on a misty, cloudy day. 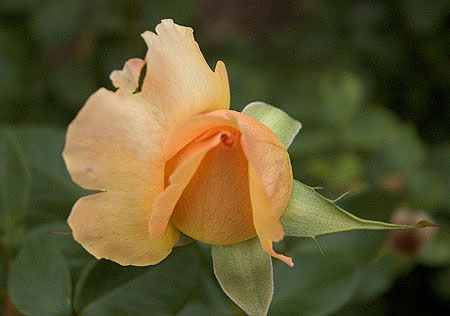 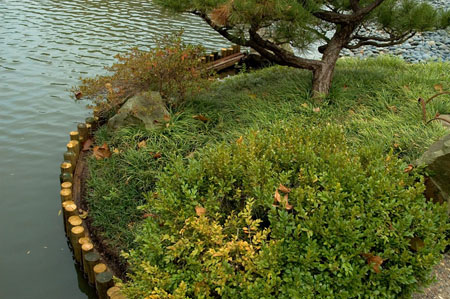 I haven’t been able to post much here because of the work on the Kitchen (BTW – it sure would be nice to see more technical people involved with this. Hint. Hint.)

Anyway, I don’t much care for IRC, but this snippet that Danny broke out of the FOAF IRC channel was extremely funny, and more than worth a link.

For those curious, smushing is a highly technical term meaning: squishing many FOAF files together. I believe.