Two stories on search engine companies in the last few weeks, and I have little to write specifically on either. I tend to agree with the ACLU that the issue with the federal subpoena of Google, MSN, and Yahoo doesn’t show just cause, and I want to write on privacy later, in a separate post.

As for Google and China, I have to ask myself if I’m willing to give up on my use of Google–to not use the search engine, to stop using Google maps, to prevent Google from accessing my site, and so on. I also ask myself if I’m willing to give up my iPod, which is manufactured in China; in fact, give up both of my Powerbooks, as well as many other computer-related items in addition to my Belkin surge protectors, and most likely all or part of most of my photographic equipment.

In the end, I’m not willing to go this far for my beliefs, so it’s difficult for me to jump into the sense of outrage others are experiencing. I am, instead, alarmed at how much I am surrounded by “Made in China”; more resigned and saddened at my own culpability in bolstering the power that the Chinese government has over its people–and whether we acknowledge it or not, ourselves–than angry at Google.

Three days ago Google was evil. But then, as always happens, Google issues another beta or releases another new toy, and the pundits stop in mid-indignant outburst with murmurs of ‘Oooo, shiny. New toy.’ Well, well, we say. Perhaps Google isn’t quite so evil after all.

As you can see, today Zoë was catching up on her beauty sleep. The patches in her fur are where she was shaved on the neck and her butt for drawing blood and administrating the radioactive iodine. It will grow back. 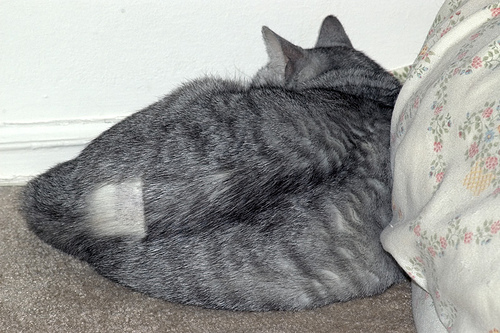 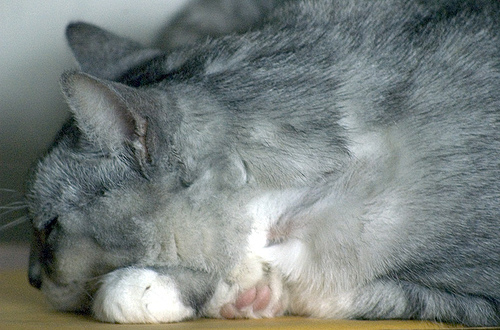 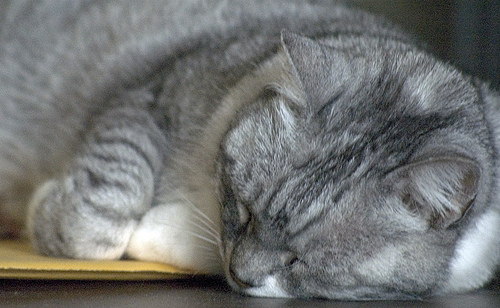 Thanks for all the good wishes for Zoë’s continued good health. She’s been a good friend to me and life would be very quiet without her. 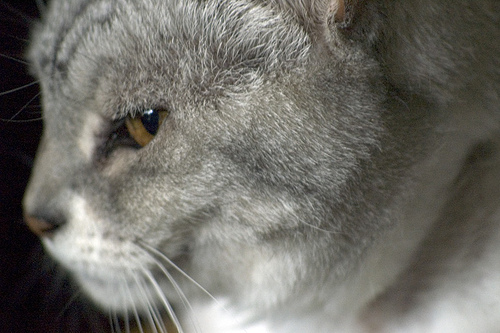