The St. Louis Zoo is a favorite place of mine, but the web site for the Zoo doesn’t provide all the back stories to the animals. Or at least, not as many as I would like.

Happily, I spotted a story on the Amur Tiger cubs’ father, Khuntami by Dr. Jeffrey Bonner, in St. Louis Today—the latest in a year long series on the Zoo. I asked the St. Louis Today for links to the other articles, and the site was kind enough to link the others in.

This is a wonderful series, which I now see is also linked more prominently at the Zoo site. What I especially like about the series is that it focuses on the Zoo’s conservation efforts, rather than the “entertainment” items, so many other zoos feature so prominently. For instance, the Amur tiger cubs are winners with the public, true. How could they not be? What’s more important, though, is that the Amur tiger is one of the rarest cats in the world, and these five tiger cubs are especially critical for the program to save this endangered cat. The cubs’ father, Khuntami, was born in the wild, and orphaned as a cub. His genetic contribution to the Amur Tiger breeding program has been invaluable in the desperate attempt to save this beautiful cat.

But yeah, OK, they are cute little buggers. 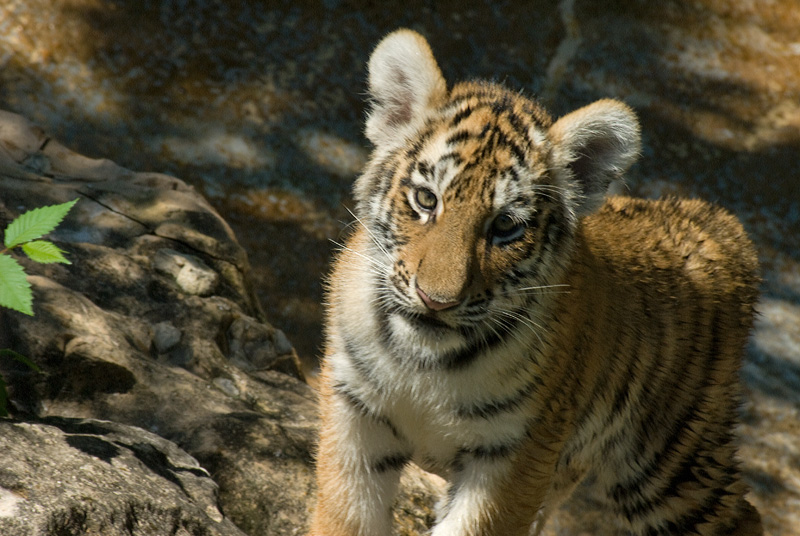 I was expecting that Jay Nixon would be declared governor as soon as the polls closed yesterday, but I wasn’t expecting how quickly the Presidential race would be decided. I chose to watch movies, rather than fret over the state counts. I knew Obama won, though, as soon as I heard the fireworks outside.

Was I elated? Elation will come in time. I was relieved. Hugely relieved.

The US did good, and I’m grateful for those who voted for Obama. I was particularly pleased with his victory speech yesterday, because it set the tone for what’s to come: lots of hard work, sometimes disappointment, but above all, an openness and energy we haven’t seen in the White House in a long, long time. The American flag decal we used to have in the window and which we took down 8 years ago, has gone back up today.

I wish I could say that Missouri still maintains its bellwether status, but unfortunately, by the tiniest of margins, McCain beat Obama in this state. By how many votes? About the same number of votes that Ralph Nader won. Our state’s distinctiveness has been lost, but at least, the vote was close. For a state like Missouri, that says more than you might think.

I’m a little disappointed that Proposition M failed in St. Louis county. The metro system needed that money. Now, Metro service will be cut, probably drastically. Did we think this cheap gas would last forever?

The one positive thing we need to take away from the Proposition 8 vote is that at least it was close. Twenty years ago, it would have won by a landslide. We are changing. Not quickly, but take hope: we are changing.

I don’t know about anyone else, but I’m glad this election is over. Now, the real work starts.