Every once in a while, though, I’ll find an old post that seems to highlight, not only what I felt then but what I feel now. One such was the following, posted May of 2002. Long before the Techmemes, WordPresses, OpenIDs, and the social networks; much earlier than the Facebooks and Twitters, it read:

Dave responded to my earlier post with a thoughtful and considerate posting that asked a very valid question:

So anyway, here’s a question for Shelley. When I see your site update on Weblogs.Com, I usually go for a visit to see what the bird is burning about now. I think of that as a community feature. Do you think it’s valuable? If not, why do you participate?

First, thanks for stopping by Dave, always appreciated. And as a point of clarification — I dropped that silly rule about comments I had about five minutes after I originated it, so please feel free to drop in with comments.

Back to the question: Why do I participate in pinging weblogs.com, when my interest tends to be on the people aspect of weblogging rather than the technology?

Though my focus is on the participants, I also appreciate much of the technology used in weblogging, particularly the weblogging tools such as Movable Type, Radio, and Blogger. And I also appreciate community services such as weblogs.com that let me know when my favorite webloggers have updated.

To me, technology provides a framework that allows me to communicate with my weblogging community easily and without a lot of hassle. I’ll alway be grateful for the folks who create all this technology that makes my weblogging life a lot easier. Still, technology is only an enabler — the content of the weblogs is the key aspect to “community” in my opinion.

If technology could be considered equivalent to the nerves in the brain, it is the people that provide the chemistry that enables the synaptic (community) connections to be made. Without the chemistry provided by the webloggers, the technology is nothing more than bits and bytes and wires all jumbled about in a chaotic and undifferentiated mess, thrown into the ether.

Consider my own community of webloggers — the virtual neighborhood that I reference fondly and at length. Technology will tell me that Bill Simoni’s weblog can be accessed at the URL, http://radio.weblogs.com/0100111/. And technology can let me know when Bill has updated his weblog, through weblogs.com.

Bill uses technology to create his weblog (using Radio), which is accessed through additional technology (the Internet). And I read the weblog through my browser (Mozilla by preference), contained on my laptop — yet more examples of technology.

If Userland and Movable Type and Blogger were to discontinue innovating their products as of this minute, we would perhaps have less fun toys to work with. We’d miss out on better products, and more reliable hosting, and more interesting ways to post, and better ways to aggregate the postings, and more efficient approaches regarding notification…

…but we’d still have our community. You’d have to take the Internet down to take down our community, and due to the pervasive nature of the Net, I don’t think this is even possible, now.

What I didn’t know then but I do now is that online communities are both dynamic and mutable, and if not created or destroyed by technology, can be fragmented by technology. When I wrote the original post, if someone would say something online I would know what they said–it would be in their weblog. Now, though, this same person posts photos in Flickr, and short quips in Twitter, and sends virtual chocolates or plays Scrabulous in Facebook, or MySpace or whatever the new thing will be in 2008–and there will be a new thing in 2008–as his or her weblog remains silent, sometimes for weeks. But I only, still, listen to the weblog.

Technology has created new paths and in the wake of passing, left us a conundrum: follow the paths to stay with the community, or remain where we are, either to be part of the fragments left behind, a new community, or no community at all.

Then one looks closer at that long ago post and realizes that technology’s fragmentary effect on community is illusory, at best. Life triumphs over all, as it always has with any community, virtual or not. Every person, but four, in the comment thread or mentioned in the earlier post has either quit weblogging, or died. Of the four remaining, Allan and I are still friends, though our communication with each other is sporadic; I haven’t talked with Bill in months; Dave and I stopped being part of the same community a long time ago–not because of technology, but because of who we are, and who we became.

Once upon a time, when I wrote a story or a tutorial and published it online, it had a beginning, a middle, and an end. It wasn’t driven by artificial deadlines, or created from pieces scattered about in weblogs and in Twitter, and the occasional IRC or email. It certainly wasn’t dependent on whether I would be acknowledged by some ‘leader’ so that I would actually be included in an all important, and soon over, discussion. Now, my writing is becoming less a story and more like that half heard cellphone call of the guy sitting next to us on the train–the only difference being with the phone call, at least there was someone on the other end of the line, listening to what the guy said.

I’ve been lucky at this site for the people I have met over the years. I’ve also been lucky for the excellent discussions that have occurred in my comments, whether inspired by my writing or by the quality of the other commentary. The times, though, are changing.

I’ve turned comments off of Burningbird and am re-fashioning it back to the type of writing I used to do before I got caught up in the ‘social network’ this has all become. I don’t want to come across as I’m taking my social graph and heading home. It’s more that I find myself resistant to becoming yet another data node.

I have found that turning off comments on older posts does not impact on hearing new stories and new views. Some of the most charming and treasured email I get has come from those who have discovered an older story of mine, and sent me an email with a story of their own. I hope the same will continue with the new stories I write, and, perhaps, form the basis for new stories.

Comments are still very welcome at Burningbird’s RealTech, which will become the focus of most of my tech writing. However, rather than focusing on new events, RealTech is going to be focused on real technology–technology I’ll have tried, or technology I’m currently using. As such, I’ll most likely miss the ebb and flow of this minute in tech history that has been the basis of so much of my writing in the past. One other change is, since RealTech is focused on my ongoing experiments, the technology used to build the site is based on specification and not browser. My current list of supported technologies is XHTML 1.1, SVG 1.1, CSS 2.1, and JavaScript. I’ll leave it to your imagination to determine which browser will drop by the wayside.

I’ll still link other posts in some of my writings, but most outside linking will come through the use of my del.icio.us account. We can add commentary using this site’s services, and I plan on using the API to list my most recent entries in the sidebar. I’ll also be linking less to the stories of the moment and more to stories that are fresh, new, and perhaps not given the audience they deserve.

I’m not sure what I want to do on the tech at this site yet. I may not continue using WordPress for this main site, or if I do, use my own customized version since it’s now so easy to keep up with changes and bug fixes in the underlying code. If I do create a universal feed, it will take the place of the existing Burningbird feed. I plan on longer, and less frequent writings, so the main feed will be an excerpt only. RealTech still uses full feeds: got to leave some door open for IE users.

I wouldn’t trade the people I’ve met through my comments here and elsewhere for all of the DRM-free MP3s at Amazon. I’ve known many of you longer than most marriages last. You are my friends, and as such, will always be cherished. If we don’t meet up in comments at my place, I hope we do at yours, or at RealTech, or in emails. As friends, I also know you’ll understand that I need a change.

Thank you for your time you’ve gifted me. Thank you, also, for your patience and support in the past and hopefully in the future.

I’m going to be exploring moving my sites to a multiple weblog tool. I’m currently looking at Lyceum, which is a multi-weblog fork of WordPress.

In the meantime, to lighten the atmosphere here and allow the smoke from the gunpowder to settle, as well as give the cleanup crew time to remove the dead bobbies–oops–bodies, photos from tonight’s Botanical Garden twilight visit. These photos were earned, I’ll have you know, at a great cost: at least a pint of blood to the mosquitoes. I. Itch. 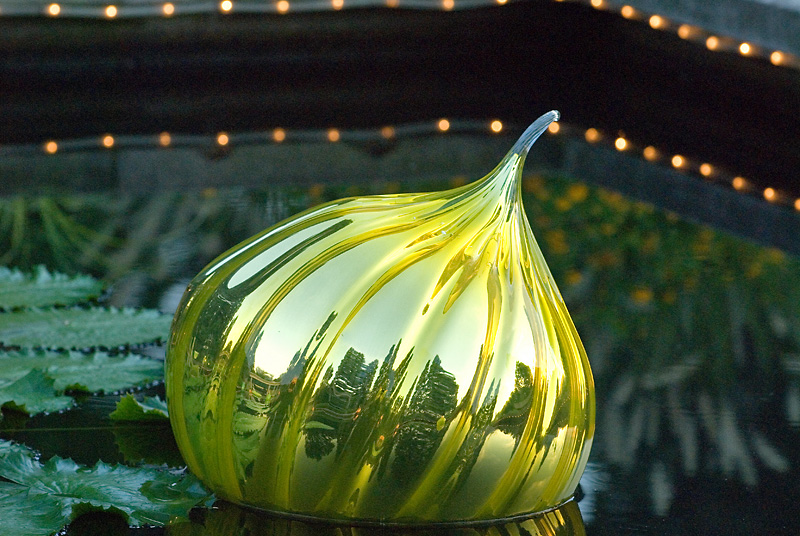 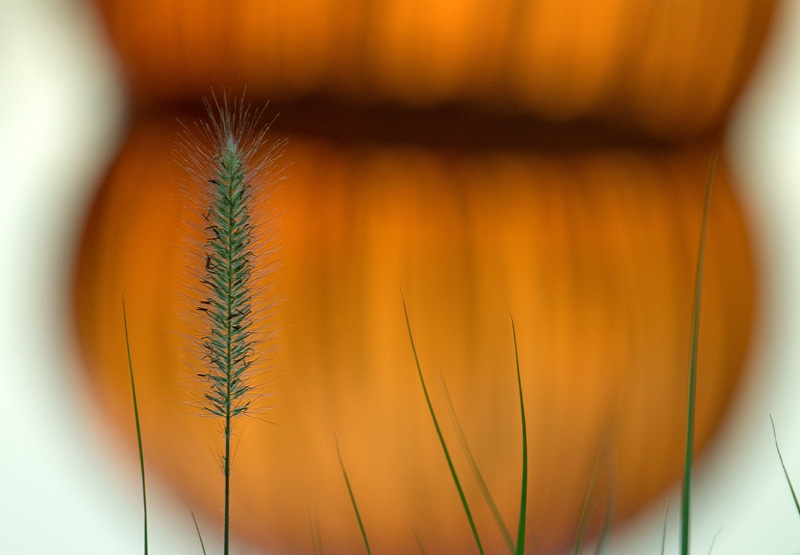 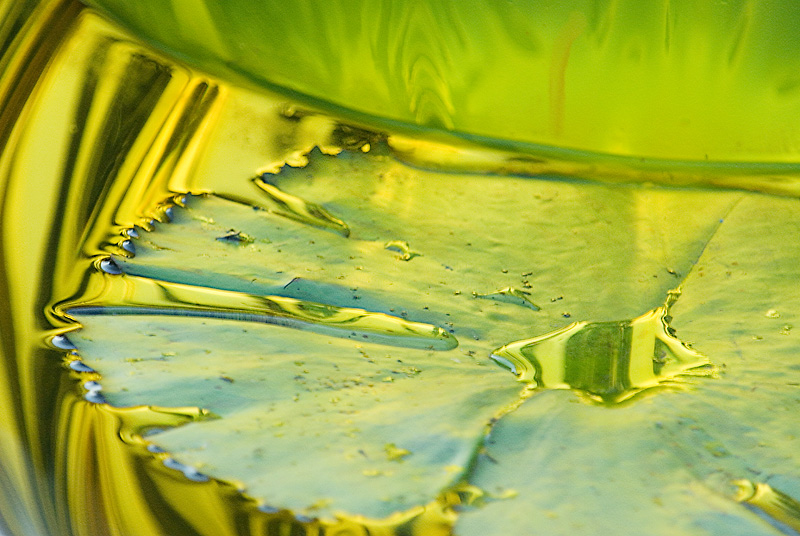