My last real hike was on a barely discernable path in the Ozarks. I walked through bushes that reached out twitchy branches, catching at my clothes as I tried to push past. Every curve in the path brought a new experience–a deer standing in a meadow, staring at me in startled surprise before bounding away; a bear ripped log; a dark and fearsome cave; a quiet pond. The dive bombing bumblebee from hell and the bright red cardinal. The biting tick and the sweet smell of something new and different. All around me was noise and life and movement and endless variety.

I compare this with the hikes I used to take in Northern California, among tall redwood trees that steal the sunlight from the forest floors, leaving little life but these grand giants; the only sounds the soft whisper of wind, the only movement my own feet. No branches reaching out to slow me down; much beauty and grandeur, but few surprises.

Ryan writes about a lawsuit filed against UNC-Chappel Hill because the school requires incoming students read a book that discusses the Quran or provide an essay about why they don’t want to read it. Sound bite from a local politician:

I see this as insensitive, arrogant and poor timing to allow students to read about our attackers,” said Rep. Gene Arnold, a Republican from Nash County.

I don’t know what official U.S. military policy is on these matters, but in popular consciousness our policy is “hit them so hard they’ll never try anything like that again.” A great many Americans are proud of this, which IMHO is a national disgrace; it means we tend towards massively disproportionate military responses that have given us, in the eyes of many people in the world, the reputation of international bullies who are willing to lay waste to large parts of the globe to protect the safety and comfort of any of our citizens. The War in the Pacific was a case in point, and the disproportionateness of our response extends not merely to any particular tactics that we used, but to our basic war aim: the demand for unconditional surrender.

Politics in the Zeros writes in protest of an Iraqi invasion:

The assumption here is that we invade, maybe it gets a bit messy, but we eventually install a puppet government, and all ends well (for us). That’s a whole lot of assumptions. What if it doesn’t go as planned? What if the whole region, badly destabilized, collapses into anarchy and war?

Discordant voices among the choir singing the Star Spangled Banner. As Ryan said in a comment attached to his posting I am quickly learning the meaning of ‘alienation’.

Alienation. I didn’t see this until Ryan pointed it out, and this simple statement gave me serious pause. It caught at me. It surprised me. 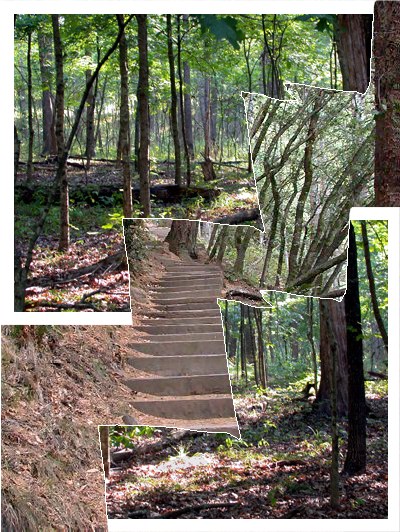 Jonathon takes me to task for declaring the debate over between myself and Eric Olsen:

Crikey, Bb! It’s all well and good for you to declare the debate over, but I’m stuck in the middle of a “discourse” with Eric Olsen. And, the way these warbloggers argue, I think I’d have less grief converting my Movable Type templates and all my archives to XHTML 2.0 and CSS 2.1.

Jonathon, you’ll have to give me some allowance for hesitation in continuing the debate. When Eric writes:

Now, I have used canned expressions regarding the general theory of war/no war against Iraq et al because I have nothing particularly novel to add. I buy the pro-war line essentially whole. My philosophical opponents have also offered nothing new by way of anti-war theory: it’s my Steyn against your Fisk, my Hanson against your Said, my National Review (and New Republic for that matter) against your Guardian.

I’m not given much to work with when I read I have used canned expressions…I buy the pro-war line essentially whole…philisophical opponents have also offered nothing new by way of anti-war theory….

Canned expressions and theory. That’s what much of this is for many of the pro-war group. However, what Eric didn’t realize is that I’m not using canned expressions — good, bad, or indifferent, what I wrote was mine. My thoughts, my concerns, my beliefs. And none of them were ‘theory’. This isn’t a game of Dungeon’s and Dragons whereby we’re moving fictional game pieces around at the design of some creative but remote game master. This is the very real possibility of a very long, very ugly, and very bloody war. There is no ‘theory’ in this for me.

I have to ask those who support the war a question: do you all think that this is going to be bloodless? A quick romp with our superiour forces and our big bombs? Run over there, kick Hussein’s butt, swagger around a bit and then come home?

Arab nations uniformly have come out against a U.S. military campaign to oust Hussein, even though there is little love in the region for the Iraqi leader. Most Arab nations joined the U.S.-led Persian Gulf War coalition that liberated Kuwait in 1991, with Saudi Arabia inviting in U.S. troops to help defend it against Hussein’s forces.

Another question to the pro-war people: do you really think we’re seeing the might of Islamic/Islamist/Muslim/Arab (what have you) protest with the WTC and the suicide bombers in Israel? As devastating as these are, these were planned and executed by only a couple of Islamic groups. Think what we’ll have when so many more join the fight, when the anger becomes that much greater, and the frustration of our ‘superior’ forces that much more bitter.

However, back to the original focucs of this posting. Jonathon, you’ll have to give me a break because I realized that last night I am, once again, an anti-war protestor, something I didn’t expect to be in my 40’s. I never expected to become this alienated from my country and its beliefs and policies. And I never expected to have to take up this type of fight again.

My zeal for protest is diminshed and my banners are dusty and the peace sign I had painted on my face is as faded as the teenage blush that once bloomed in my cheeks. I have a much better understanding of what’s at stake now, and only a fool would not hesitate. Damn, Jonathon–there’s some might nasty people in control in my country now, and they don’t hesitate to throw out law in their ‘war against terror’. I continue this fight, there could be costs. I should hope I’ll think about this before continuing.

(And me thinks this is going to be a lonely fight, with virtual neighbors drifting away because politics is not why they first dropped by and stayed to visit. Politics can be so very linear at times; there is no poetry in politics, nor beauty, nor sensuality. Many will agree with me, and be bored; many will disagree with me and be bored. At least war is dramatic.

Why am I doing this?)

Focus back on the topic. I adore Jonathon–he sends me Tim Tams and shows me the meaning of honor. When I take the cowardly route, he sees it and calls me on it. Everyone should have a friend who does this, damn them. I dragged Jonathon into this ‘discourse’ and he’s still my friend. (At least, I think he is. I hope he is. He’s my Tim Tam pusher-man.)

Eric, any of you, if you support starting a war in Iraq, starting a war in the Middle East, then at least rely on your guts and heart and mind for the reasons. Don’t fall back on canned rhetoric. And if you find that you can’t defend what you’re saying, at least consider the posibility that the reason why is because there’s nothing there to defend.

And I echo Jonathon’s call to the warbloggers:

In the meantime, I’d like to suggest an Honor Roll of Warbloggers, which would display next to each name: the warblog URL, the number of years of active military service, and the likelihood of the warblogger’s being called up to fight against Iraq. It is commonly observed by students of military history that civilian enthusiasm for going to war is inversely proportional to the sum of combat experience and eligibility for military service.