I’ve been gifted with shares by Indie Pundit, have figured out how to give shares with my first gift to Dorothea, and have had Brad Choate and Gary Turner buy shares in Burningbird. I’ve also bought some shares in other weblogs. Including Dorothea’s. Yes, D. I do own you.

As Dorothea would say, “WOot!”

I’ve made money, too. Currently I’m the fourth best player for May. Considering that I have no idea what I’m doing, this will most likely change. In the meantime, I think I’ll have a little fun.

So, what do I do next? Anyone want some shares in BB?

Today is May first, and the reason why you’re here now (other than I hope you like what I write, my photos, or that the Google search that brought you here isn’t too weird) is because generous and sharing people answered a call from another good friend and contributed to keep this weblog and my web sites alive.

As a thank you, I wanted to give all of you shares in Burningbird in Blogshares, but I haven’t been able to figure out how this works. So I thought I would give you all virtual shares, and to let you know that you’re all now a part of the Burningbird Shareholder’s Association.

I’d like to say that membership gets you special privileges, but you already have access to my writing, my photographs, my technology, my RSS feed, and my return regard.

I don’t want to get maudlin and mushy and teary, because the water will put out the flame and it’s a bitch to get going again. But I did want to say that the support I received from all of you went way beyond just the monetary help. I’m not sure if you’ll all ever know how much this meant to me. All I can say is, thank you. Thank you for your support online, in my comments, helping me keep Burningbird running, and most of all, for stopping by, spending some time with me.

And to the others who asked to remain anonymous…

Thanks gang. You’re the best. 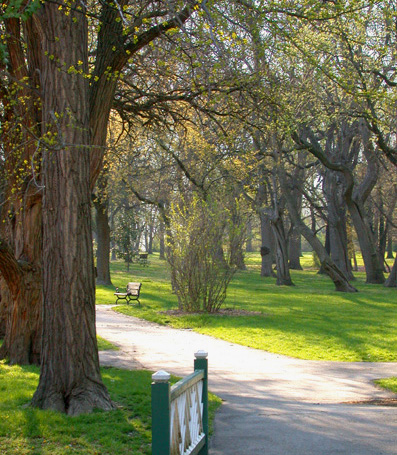 Thanks to a pointer from Sam, I read The article Why Blogs haven’t stormed the business world. According to it, the reason why more weblogs aren’t in use today is because it’s too difficult to move content from one tool to another:

The greatest problem, however, is not the limitations of the front end of this software, but rather what goes on behind the curtain, so to speak. As bloggers add content to their sites, the programs update and store HTML pages in a collection of directories spread throughout a Web site. Each tool has its own directory structure, its own names for the archives it compiles of past postings, its own method of updating each page.

That way lies trouble. While the actual pages in a blog may be simple HTML, the sum total of elements in a blog is a giant heap of files and folders understood only by the tool a blogger is using at present. What would happen if you were to switch tools tomorrow? With even the simplest blogs, many users would be daunted by the need to move files, change directories, get the new tools to hook up with the old. In short, each new tool would break your current blog. There simply is no portability under the current structure.

I’ve spent the last few years helping organizations integrate from products as diverse as Peoplesoft, Oracle Financials, Blue Martini, and Vignette. Compared to this, transforming the content from something such as Radio or Blogger to Moveable Type is a piece of cake. What’s difficult for the individual who has no programming expertise is nothing to a junior programming with a little time, and a good, not great, knowledge of Perl or Python or Java or half a dozen other languages. Not only that, but any weblogging tool worth anything has developed export and import procedures between their products and others.

How many people have ported their pages from one weblogging tool to another? The key is an import mechanism, not a format.

According to the author, if all the tools would just agree to use RSS as the import/export mechanism, all of our problems would be solved:

In fact, the answer may be at hand. The RSS protocol, mentioned above, is used to tell reader programs where to find a blog. Why not use the same technology to tell blog software how to pick up the entire contents of a blog and integrate or repurpose those contents? In effect, the XML standard for structured Web data could be used as a uniform way to transform each tool’s blog into another’s, in order to hand off control. Not only would this avoid a knowledge disaster in the long term, but it would encourage blog sharing and collaboration in the near term.

What XML standard? XML itself isn’t a standard, but at least there is only one consistent implementation of it. RSS consists of multiple specifications, some of which are controlled by one company, and another of which is controlled by a bunch of people through a Yahoo news group. And, as we saw recently, what should be a simple, hierarchical syndication/aggregation format is the focus of numerous techno wars, which doesn’t make sense because it’s nothing more than a simple, brain dead data model.

Well, it is until we start mucking around with it. Trying to use it for everything and anything, as if we have to justify the time we’ve spent talking about it, working with it, tweaking it.

Hello RSS people! When will you be done?

I think what annoyed me the most about the article, not just the fact that now we’re going to have yet again another round of tweaks and talks and nasty asides on “RSS as intra-blog transformation meta-language”, is the author’s statement:

I’ll leave it to the experts to iron-out the specifics. At some point, the community of coders will have to realize that adding more and more features to blogs won’t fix the problem of organizing and disseminating all the content piling up in the unfinished basement below. This problem should be addressed before the blog becomes the blob.

There! That satisfied my RSS weblogging need for at least another few months.