I spent most of the weekend on the server, but also some time on the essay “Internet for Poets: DNS – what’s in a name”. I must finish this tomorrow because the thing is beginning to look like a book. It’s been fun, though. And far less challenging then configuring sendmail on the new server.

I’ve had little time for reading other weblogs this weekend, much less to respond to any in this weblog or in comments. Liz wrote an essay on Women’s Voices, related to women and technology, and women speaking out. Though I winced when I read her description of me as being prickly and difficult at times, I do think the conversation she wanted to start became derailed along the way, and that’s unfortunate. As for me joining me in? Nah, I have little to say.

A healthier focus for me, right now, is on something I can control, something that’s very positive, such as the co-op server (which I have to get finished quickly, my current hosting arrangement ends in a week), the “__for poets” essays, and my photography and other personal rather than social writing.

No battles this week. Next week. Maybe.

I did go for a walk late yesterday afternoon, and found a couple of photos to post. If I’m not entertaining you with my antics and wars, at least I can take all your bandwidth with my pics.

I took my roommate to see the Busch wildlife refuge yesterday and we spent a quiet time with the turtles, bullfrogs, watching the sunset and getting bitten by mosquitoes. Both of my arms are covered in bites, and one elbow is swollen twice its size from the bites.

But oh, it was worth it. 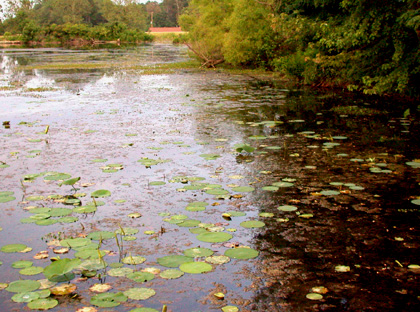 Lilly Pads and the sound of bullfrogs 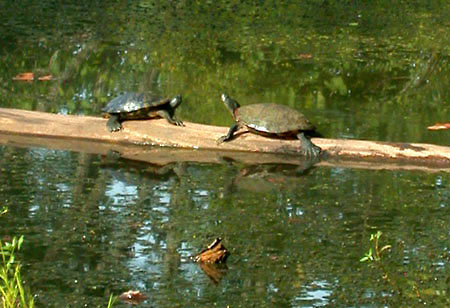 Curious turtles who followed us as we walked the wooden bridges over the water, lifting their heads out of the water to see what we were about. Sometimes accompanied by fish. 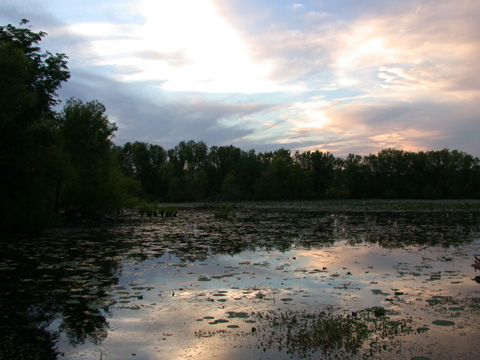 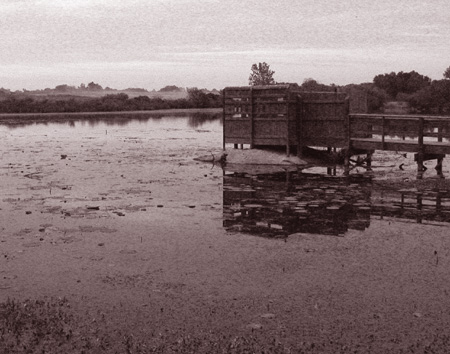