Lovely storm rolling through – more like ones we get in the Spring than the Fall.

In addition to the very welcome encouragement in the comments to my previous posting, I’m also getting some good discussion about photos and resolution necessary for publication. Among them, a suggestion for a PhotoShop plug-in that might help me salvage some of my existing photos for publication. It would be nice to do so, because there are some that I really like and are going to difficult to recreate with my film camera. Any and all suggestions, extremely welcome.

I spent the morning with a different type of photography – I had my MRI today rather than last Monday. The session was postponed from the earlier time because of a mixup in the sedatives, i.e. I didn’t get a chance to get the prescription for Valium filled from the doctor. Since the MRI is a closed one, I was strongly urged to get the sedatives if I have even the slightest tendency to claustrophobia.

Today, after taking two Valium, I felt I was ready to face the Machine.

I just know there are people reading this who have had MRIs and probably had no problems and slept through the thing. I wish I could say that you would have been proud of me, and that I was a brave little soldier, but I have to admit that Stavros is not the only Wonder Chicken around. I was okay until I was pushed into that long, dark, tiny tube and sedatives or not, I yelled, “Take me out! Take me out!”

The technician was wonderful, talked with me about what to expect, gave me a panic button and turned the lights in the tube on high. I laid back down and closed my eyes tight and this time I was able to stay in the tube.

An MRI isn’t a quick snapshot like an X-Ray – mine took 45 minutes, and several images were captured based on different magnetic frequencies. With each, the machine would measure my respiratory rate and then match it. As I breathed in, it would stop; when I breathed out, it would make The Noise.

And what noise – even with headphones playing my favorite radio station, the sound shakes your bones and you find yourself clenching your teeth, hands, and various other body parts. I now know why the doctor told me not to drink much before going in.

I was okay until the second to the last image. There was a longish time between pictures, and the silence was actually worse then the vibration. I hollered out, “Are we done?”

“ARE WE FINISHED, PLEASE!”

No such luck, two more to go. I breathed faster, thinking to hurry it along. Instead of:

I got a chance to see the last set of images before I left. Question: are we the shape we are because this is the optimum package to hold all those odd organs? Or are the organs odd because of our shape? Regardless, it’s rather interesting to see what you look like from the inside out.

As for the test, no worries. Routine stuff, now out of the way and I can focus on photography that’s much more interesting – taking photos of my world, from the inside out. However, I’m in a writing mood, a major writing mood, so be ready for words coming your way. 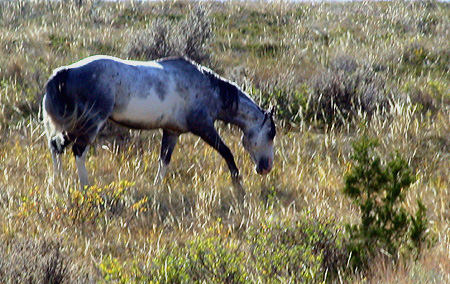 Responding to a filing yesterday, Judge Armijo agreed to set the expiration date for the TRO for Rains Natural Meats to the same date as the other two plants: October 31, 2013. By that time, Judge Armijo will have a decision in the case.

Rains Natural Meats has asked the court to include it in the bond set by Magistrate Judge Scott. In the meantime, the USDA has filed a Supplemental Administrative Record covering Rains. I have issued a FOIA for the associated documents. I am particularly interested in reading the communications related to not needing a wastewater permit from the Missouri DNR.

You can see all of these documents at Docs at Burningbird.

There was also a hearing in the Missouri court case related to Missouri DNR being prohibited from issuing wastewater permits for horse meat plants. I don’t have access to these court documents, but can guess from the docket filings (available on Case Net) that the purpose of the hearing was to expedite a decision on this case, too