I promised you wouldn’t write about the Healthcare Exchange…but I lied.

Today, I am officially enrolled in an affordable healthcare plan via the federal Healthcare Exchange.

Though the GOP has worked tirelessly to ensure I not get this far, I persevered and made it. Though I realize the GOP is still doing everything in its power to ensure I don’t have healthcare coverage come this January, at this moment, I am covered. I have what every Republican Congressional member has, but doesn’t want me to have: healthcare coverage.

My statement to the GOP on Twitter was heartfelt but a little severe. I want to take this time to provide a more measured statement…

Now, I return to my previously made promise to not talk about the Healthcare Exchange.

I joined the masses in attempting to access the new Healthcare Exchange yesterday. I thought I had an edge by creating an account with the system a few weeks back, but no such luck. Attempting to log in kept resulting in a blank page (which showed itself to be a “downstream error” when accessing the site using Firefox).

I noticed that the format of username that was acceptable a few weeks back no longer meets the criteria for new user names, so I don’t know if I have an account or not. And forget trying to use Chat to verify whether I need to create a new account, or can use my existing one (with its improper username format).

I expected glitches, but not such wide systematic failures, where people can’t even get access to the security questions to create an account. This breakdown isn’t the fault of Obamacare. This breakdown is, unfortunately, all too typical with large new systems developed with too many inputs from middle management and too little heed paid to experienced software developers. And way too little effective load testing.

Regardless, I’m not going to bash the law just because of early system failures. I’m irritated at journalists and their pondering of “people giving up” because they can’t access the system. Hey boys and girls: people who want and need affordable healthcare coverage aren’t going to give up because of software glitches. Perhaps if the pundits would stop talking and start listening, they wouldn’t write or say such silly crap.

However, someone needs to be kicked in the ass behind the scenes of the Healthcare Marketplace. 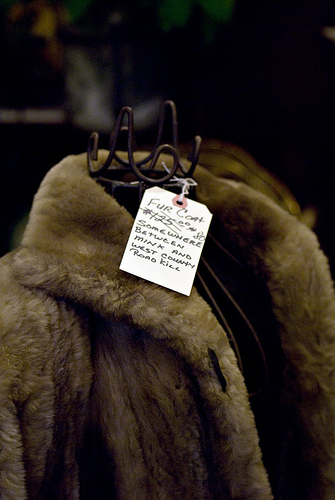 My roommate was surprised by a card he received from his doctor this week. The doctor stated he was changing the way his practice worked, in order to provide a more “personalized approach”. There will be time to really discuss medical needs, the card noted. The appointments will be unhurried and quickly obtained.

“To achieve these goals, my practice size will be smaller and there will be an annual fee.”

The return address listed a Specialdocs Consultants. A quick look up on Google told us all we needed to know: Roomie’s doctor is going concierge. Going concierge just in time to avoid the unwashed masses who promise to invade medical offices next year thanks to the Affordable Care Act.

The unwashed masses…that’s folks like you and me who for whatever reason, don’t currently have medical insurance. For all the lofty rants about freedom and liberty echoed by those who fought against Obamacare the last few years, bottom line is much of the pushback is coming from folks who don’t want to have to compete for medical care with the additional 10-15% more of Americans who will soon be able to get healthcare when they need it. And compete we all will, if the medical profession meets the newly insured by fleeing to walled practices, doors open only at the ka-ching of a dropped coin.

What can we expect from these new, walled practices?

Lest you’re thinking Royal Pains, and doctors that come to your home (and who also donate much of their free time to treating those who can’t afford their services), the reality is that you’ll still need to visit the doctor in his or her office. However, you will most likely be able to get an appointment more quickly, and yes, the doctor will be able to spend more time discussing your health issues with you. But you’ll get all of this only after you pay a hefty premium. In the St. Louis area, average concierge fees run between $1500.00 and $2000.00 a year.

In a glowing opinion piece on concierge medicine, a doctor writing for Forbes magazine implied that the fees paid are “within the means of most middle class families”. However, there are few families I know that can quickly and easily absorb an extra $150 or more a month, just for the honor of being able to call in for an appointment. For all that doctors bitch about receiving less money from Medicare, they still are doing much better than the average middle class family, whose income has remained fixed as grocery and other costs have increased.

In the Forbes piece, the doctor wrote:

Over the next decade, we will likely see the evolution of primary care delivery into two tracks. Some patients receive high-quality care from happy, motivated concierge doctors, whereas others will have to make do with rushed “assembly line” care from overworked providers trying to get their patients in and out the door as quickly as possible.

Over the next decade what we’ll see is a different attitude towards the medical community, thanks in part to these new walled off medical practices. Gone will be the days when doctors are treated like Gods. More people will get their medical advice from Dr. Google, than from Dr. Baker or Dr. Hsieh. We’ll also be seeing more of nurse practitioners and physician assistants than doctors, which is a trend we should encourage. Gone, too, are the days when we just accept whatever the doctor says—whether she says it in 10 minutes or 30.

We’re already seeing a change in how we view medicine. Rather than rush in and get antibiotics any time we or our kids get a sniffle, we suck it up and drink our orange juice. We’ve found that antibiotics have been over-prescribed in the last few decades, leading to antibiotic resistant infections that, unlike the common cold, can kill us.

We’re discovering that many of those medical tests our doctors want us to take are unnecessary, or could be replaced by less expensive alternatives. We’re even discovering that the annual physical that we’ve been told is absolutely necessary for good health may not be necessary after all for many of us. As for treating the measles or the mumps, most parents get their kids immunized, and do so at the local school or pharmacy, not the doctor’s office.

(Well, most parents that don’t belong to certain churches. that is.)

We already know what we need to do to be healthier in this country. We need to eat less processed, fat and sugar laden foods We need to lose weight. We need to quit smoking, and not drink so much. We certainly shouldn’t take Molly, or whatever “kill me” drug is currently popular.

We need to get off the couch and walk. And when we walk, we need to turn off the damn phones. We’d do better spending that $2000 on a relaxing vacation or fun new hobby than paying a concierge fee.

In other words, we need to practice common sense when it comes to our health. We don’t need a doctor telling us what we already know if we’d only be honest with ourselves.

So, we need our doctors, true, but we need to work on needing them a lot less. Maybe then the doctors won’t flee from us in terror.

Is roomie going to pay the fee? He visits the doctor once a year. He isn’t particularly fond of him. He certainly doesn’t like him well enough to pay for the privilege of just being his patient.