The clouds broke today and for the first time in about three weeks, I finally had a chance to go for a long walk. The fall colors have started, and I was able to get some color shots. I am concerned, though, that something might be wrong with the camera. The photos seems to have an odd blurred edge to them — not being out of focus, almost like a slight double exposure. Probably some setting I’ve tweaked wrong. I hope. 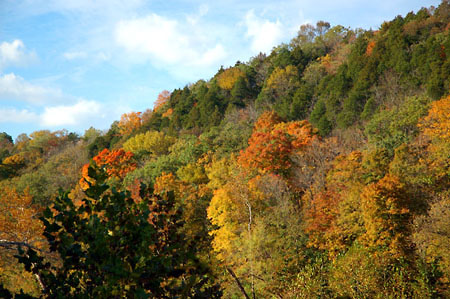 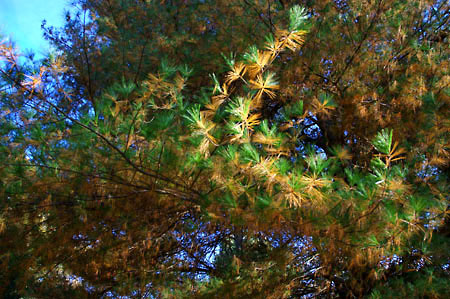 I don’t know if it was the fact that the weather was nice today after so much rain or perhaps the people were excited at the prospect of the debate, but the folks I met on the trail were exceptionally nice. Gentle, friendly smiles and nods, and even letting me pet their dogs. I met one, Scruffy, I wanted to take home but remembered Cat and that Scruffy had a Mom who would most likely object.

When the people said hello, it wasn’t a quick hello either; it was looking into my eyes, making sure I knew they were looking at me and saying hello. 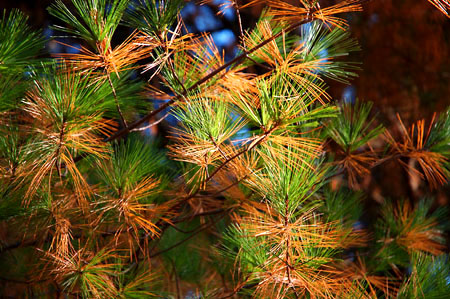 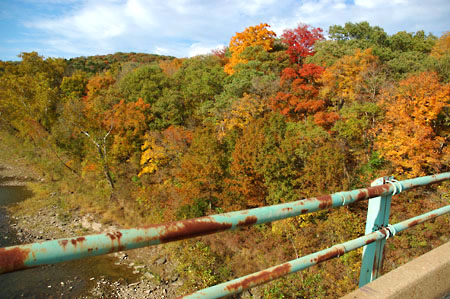 Another entry from Slashdot, this one about an alternative to SQL, based on SQL guru Chris Date’s innovations in the field.

This alternative, known as ‘Tutorial D’, would seek to eliminate some of the more persistent relational DB problems, such as that pesky multi-meaning null. Is a field null because it makes no sense for data to exist in the field? Or is it null because no data has been provided yet? This has always been a killer in database design, and something the proponents of “Tutorial D” could resolve, among other things.

But before we throw out our MySQL and Oracle, the authors caution, take heed:

There’s a way to go, though. First off, there are still some unconquered faces on the mountain – the notes from a presentation by Darwen (see the Third Manifesto website) admit that the implementation of some of the new techniques is “something for the next generation of software engineers to grapple with”. The main problem, however, is that although SQL is clunky and, from a purist’s standpoint, just plain messy, it passes the usual business test – that is, it’s good enough to do the job that’s asked for it.

SQL is ubiquitous. For something that’s weak, fallible, and failing, it’s used everywhere; it’s a rare application that doesn’t use a relational database. This is something the ’s, w’ semantic webbers, (not to mention the RDF critics) should keep in mind: a technology, a model, or an implementation doesn’t have to be perfect to be useful.