Here it is, the week before Labor Day weekend and I only now find out that the Missouri Botanical Gardens have been open to 8pm every Wednesday between Memorial Day and Labor Day. At least last night I was able to go and attempt a little dusk photography–helped along by finding the part that attaches from my camera to the tripod.

The Gardens are undergoing its sprucing up in time for the big festivities: the Japanese Festival this weekend. I’m not sure if the lights outlining the pools have always been there, or were added specifically for this event, but they added a lovely touch to the waterlilies and dragonflies. 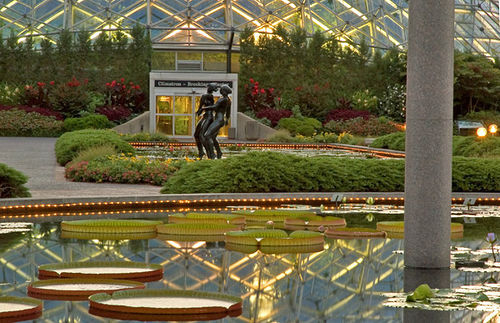 I don’t know if I’ll go to the Japanese festival. It has all my favorites: the Candy Man, the Taiko Drums, Bon Odori, and this year, Sumo wrestlers. But I have work to do, and I’m still feeling peaky. However, the food is fantastic, and the presentations wonderous. Perhaps if I work especially hard tomorrow.

I have come to really appreciate the Gardens this year, particularly since because of finances and problems with heat and bugs I haven’t been able to go out to the trails as much this summer. No matter how busy it is, I can always find a quiet spot to sit, just sit, and I have been almost desperate for such lately. Now, more than ever, we should grab these moments when we can, as often as we can. 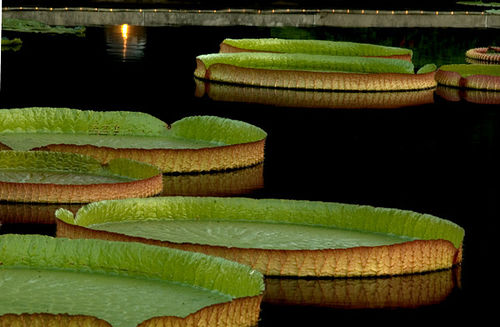 Yesterday started out with mist. From my hotel room, I could see the building that houses the Welk shows, and beyond that, the mists over the river leading away from the Table Rock Dam. 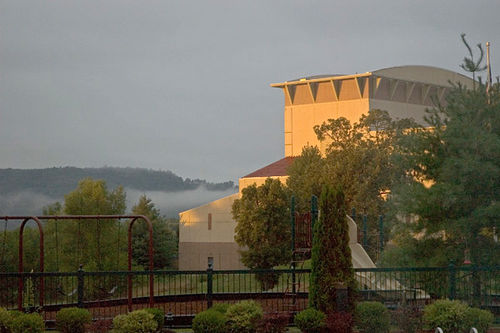 When I got to the Dam, most of it was closed, as it was too early. I found one place that wasn’t closed for security reasons and was able to get a picture of the dam. There wasn’t much water running down the dam–most likely due to the drought, again. 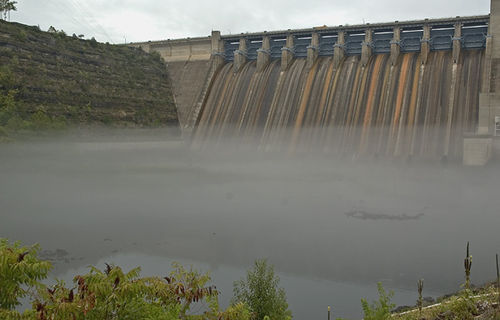 The fog was thick, and oddly layered. I could look down into it and saw, barely, the image of a man fishing, noticable more from his bright orange hat than anything else. Driving further down the road I found a spot where people could park and fish the river below the dam.

I walked down the wooden steps to the beach area, by the overflow stream. Seeing them in the fog was a rather amazing experience. They each had their own space, quietly casting their line, and winding it back, only to re-cast it again. 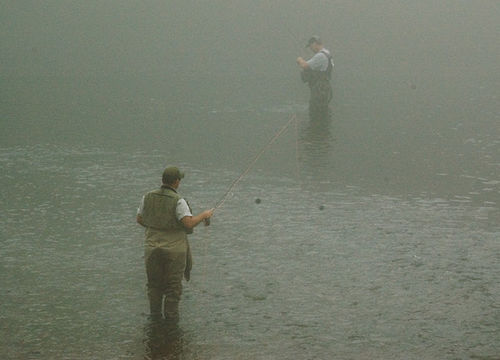 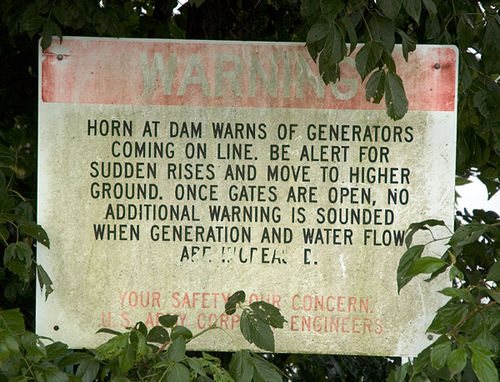 The trip back was very quiet, and primarily overcast, but no rain, luckily. The only real excitement I had was when I spotted a small turtle crossing the road in front of me. I wasn’t going to run over a turtle, so I slammed on my breaks, hard enough to leave markings on the road and smell burning rubber. I watched in horror as the little guy disappeared underneath the car, but didn’t feel a thump.

I sat there in the road, trying to see if the guy was walking around. I couldn’t leave the car parked in the road so all I could do was inch forward until I could see this small, black turtle shell reflected in my rearview mirror. I stopped again and watched, anxiously, until the turtle extended out its legs and head and took off for the side of the road.

Later, I came over a hill to see a row of fire trucks, police cars, and ambulances, driving slowly along with their lights on. It was a funeral procession, most likely for a fallen firefighter, though I couldn’t find anything in the news. I slowed down, but wasn’t sure what to do. One of the firetrucks pulled out into my lane, which made the decision for me, so I pulled over, as did a couple of cars and a truck behind me. I managed to get a few photos, though none were that good. 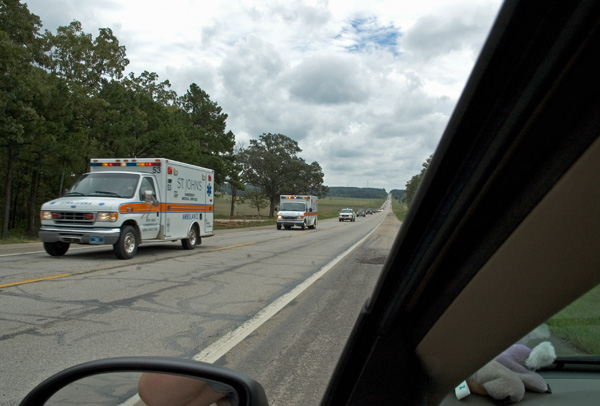 I stopped at only one place on the way back: Alley Spring. Unlike my last trip, the trees were in full leaf, and the day was overcast — perfect conditions for photos. 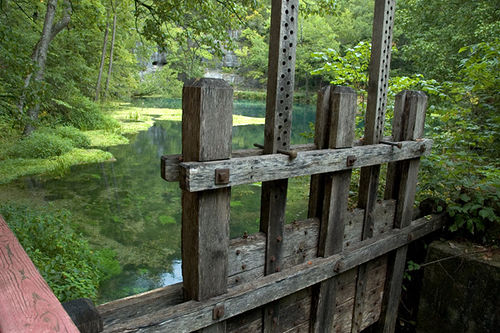 The Mill is run by the federal government, and they provide people who answer questions about the Mill in the Summer. The lady who was on duty when I arrived told me about how the farmer’s would bring in corn or wheat, and dump it on the floor next to the rollers (used for grinding grain). It would drop through to the basement where it would be weighed and the miller take his cut. From there, a conveyor belt with little cups would haul the wheat or corn to the upper story, where filters would sift out the larger wheat from the smaller. From there, the corn would go to the corn roller, and the larger wheat to one machine, the smaller to another. 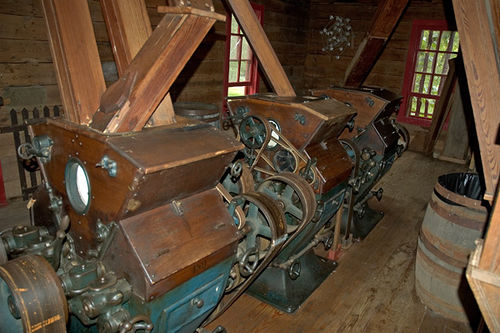 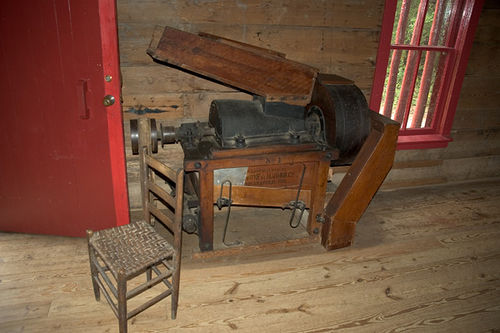 The corn was ground up for making moonshine, the wheat for flour. It was considered a modern marvel of the time at one point, but it only ran 20 years — the Ozarks in that area aren’t good farming land. Luckily, the State bought the Mill in 1920 to preserve it, and aside from some minor wood replacement, it’s all the original materials. They even run it twice during the day, though not the day when I was there.

The hostess was very friendly, as were all of the people I ran into on the trip. At Hodgson Mill, I ran into a couple from Theodosia (isn’t that a pretty town name) who were out looking at mills. They showed me the water line of the Flood of ’93, and I told them about Bollinger, which still ground grain, after a couple of hundred years.

Of all the mills, Alley Spring is still my favorite. The hostess told me that a bobcat had taken a rabbit drinking from the Spring just a couple of days before, and the week before that, a forest ranger had a big black bear pass in front of his truck. I may yet meet my bear face to face this year, and get a photograph. 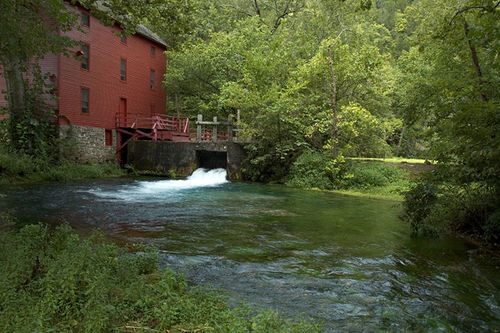 I’m off tomorrow into the wilds of the Ozarks, into that part of the state new to me. There will, of course, be photos when I return, but maybe code, too, as I like to work on code when I’m in a hotel room — gives me something familiar.

Today, though, I went to the Botanical for another chance to get photos of the water lilies. Last chance, really, as the summer is waning and you can see this in the richness of the trees, and the activity of the insects. Particularly the insects, as the garden was ripe with butterflies today; so with yet more water lily photos you’ll also be getting yet more butterfly pictures.

Next time: code, I swear. And pictures of something different, I hope. 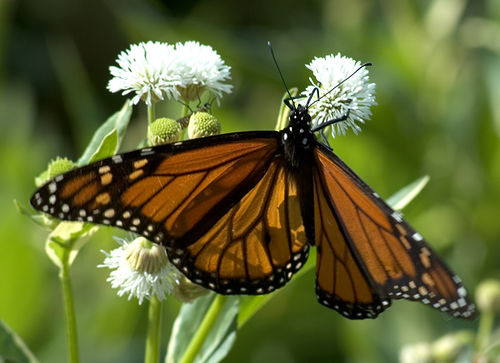 Still, I don’t think I can or ever will, get tired of being surrounded by butterflies and water lilies. It’s like you’re in the middle of a cartoon drawn by a young child with a new box of Crayolas. Everywhere you turn, you see another bright splash of color. 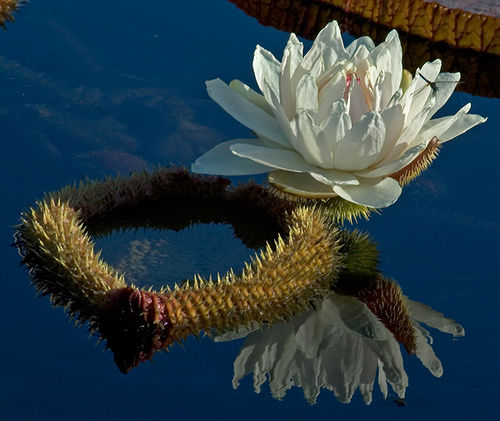 In the Spring, the insects are lazy, shy, and elusive. Today, though, you could almost reach out and hold them they were that close. But they were moving, constantly, which made getting a photo a little challenging. Now is the last chance for the bees to get nectar for the hive; the butterflies to store up energy to finish the migration; the dragonflies to, well, I don’t know why the dragonflies were frantic.

Not just the bugs, the photographers were out in force today, even at the 7am opening of the garden. Of course, the weather was going to be hot, and the sun isn’t that good for photography, but I must have ran into a dozen photographers within one hour. Most had tripods, a few were like me — just winging it. Today’s bright and busy activity reminded me of years ago when I would go to a bar, and the bartender or band would announce last call. The lights would come up in the place, and people would scurry about, making good on the last few moments before having to head out into the night.

This girl would run up to her friends and whisper something into their ears and they would giggle and leave; that young man would be writing a phone number down in a match book. Of course now everyone carries pocket computers and cellphones and numbers would be jotted down into some kind of electronic device, but it’s not the same.

Friends would come together and split apart, some for home, others for another party somewhere, yet others to go to breakfast. And not just a small breakfast, either. I don’t know what happens now, in this Atkins Diet time, but back then, it was large, it had eggs, and it had potatoes and butter. Mega-cinnamon roll was optional.

There was one place in Seattle that was famous for the after hour breakfasts they’d make: huge plate size omelets covering a bed of crisp, perfectly done hash browns, served with good, hot coffee–all accompanied by thick, buttered toast and real preserves. The place was small, and people would be lined up for a block to get in, it was that popular. We’d sit there and laugh about the night, none of us wanting it to end–caught up in that perfect moment that’s not quite morning, but not evening either. 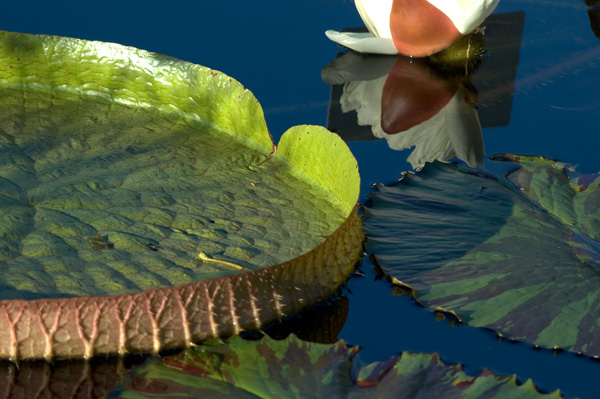 I remember a morning just like that in Salt Lake City, walking all night with friends, greeting the dawn with outstretched arms. The last of summer, and summer’s golden light.

This is a good time of year. The roses and other flowers have started to wilt, but in doing so they let out their richest scent. The leaves are at their darkest green, just before they begin to turn. Birds are everywhere, no longer bound to nests or to mating, and free to fly, and sing, just for the joy of it. It’s warm, but we’re starting to get a cool breeze now and again. And of course, all those butterflies.

I did like to walk among them today. They’re not shy of you at all, unless your shadow falls on them and then they take off into the air. As I walked by the rows of flowers, butterflies would leap into the air behind and around me, as if I were a June bride. My last chance to be a June bride, really, as I’m of an age with the summer. 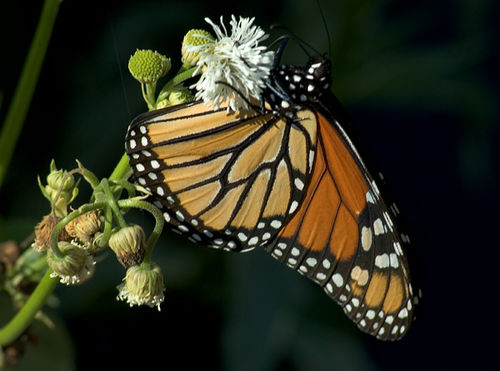