Here’s one that has me stumped, though. There is another famous Poe other than Edgar Allan, and his name was Aaron Poe. He was known as a ‘famous’ indian fighter in the midwest in the 1800’s, but he seems to be virtually unknown now. I’ve been trying to track him without any success.

Does anyone have any background on Aaron Poe, the ‘famous Indian fighter’?

I’ve only had the time for two fall photo shoots, though I hope to get out a little more in the next few weeks. I’ve included some photos from the Botanical Gardens in this post. 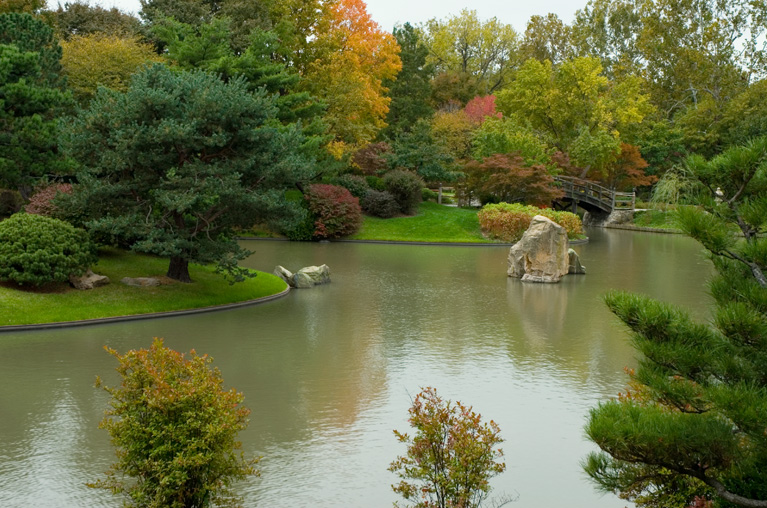 When at Botanical this week I noticed out of the corner of my eye a small, orange animal running across the sidewalk. I thought it was a cat at first but when I looked over, it was a red fox, not five feet away. I later found out that she is the resident fox and that she recently had five new babies. I hope to return in a few weeks and gets some photos of fox kits.

Considering that Missouri Botanical Gardens is in the middle of the city, one wouldn’t necessarily expect to see fox. However, she’s encouraged because she makes a terrific, natural rabbit control officer. 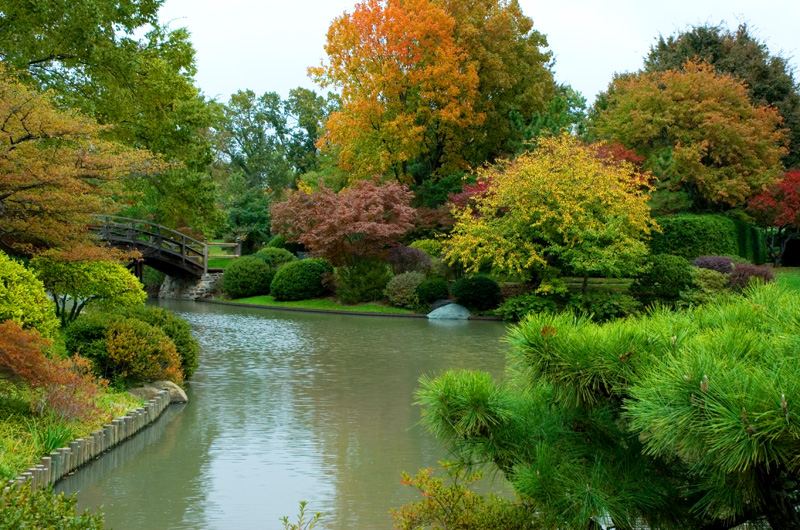 Seeing her reminded me of Brer Fox, which reminded me, again, of the Disney movie, Song of the South. Rumor has it that Disney may release the movie on DVD this November in honor of the 60th anniversary of the original release of the movie. Disney is still concerned about the reprecussions about black stereotypes in the movie, as well as the sugar-coating of the post-slavery south. However, I think the movie would provide a terrific point of discussion about the history of the south and the interaction and attitudes about and between blacks and whites, as compared to fictional representations of same. It is these latter day fictional representations that influenced the majority of us who did not live in the south. 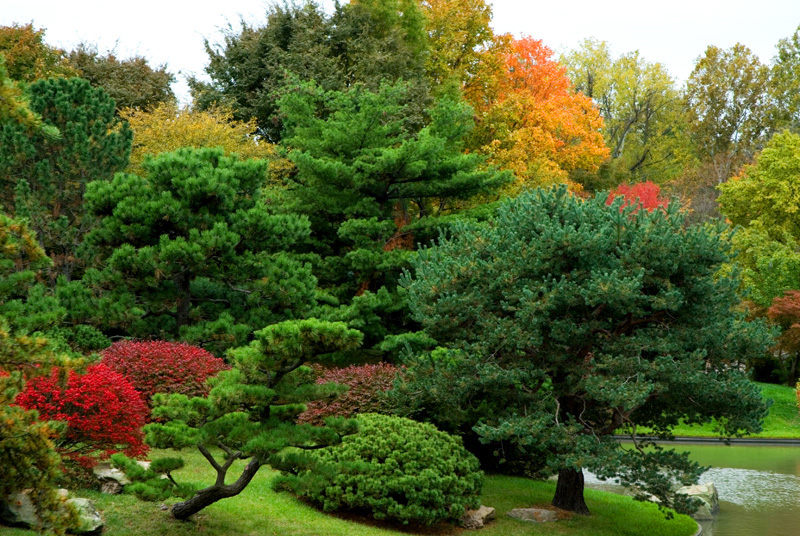 Seeing this movie when I was young, probably more than any other event, is what sparked my early interest in the south: the culture, the people, and the history. It may have presented a view that wasn’t real, but it was intriguing to young eyes, nonetheless. I would list it in my top five movies that have had the most impact on me (right up there with To Kill a Mockingbird, which just added to my interest in all things southern). 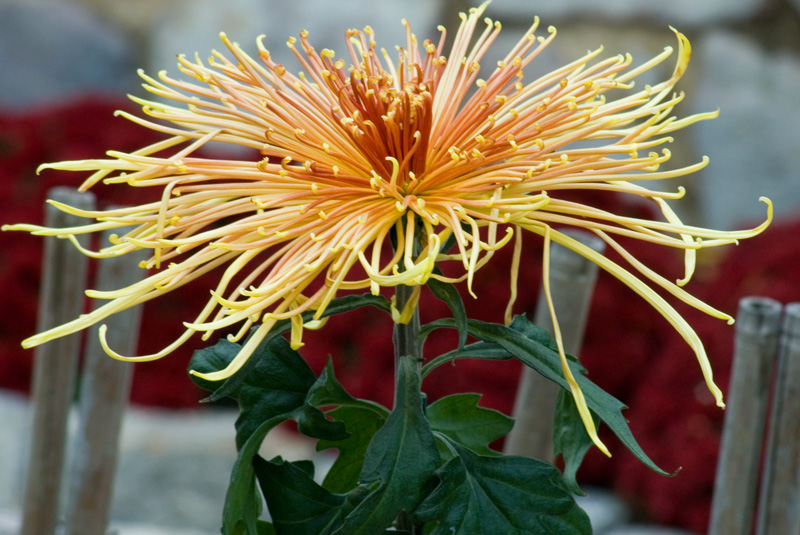 Returning to the Botanical trip, when the fox appeared, I had already put away my camera. I kicked myself for having done so and missed a photo opportunity; however, I spent the entire time frozen with mouth open in surprised, so doubt I would have gotten much of a photo. Doesn’t lessen the moment not having ‘proof’ of the event. 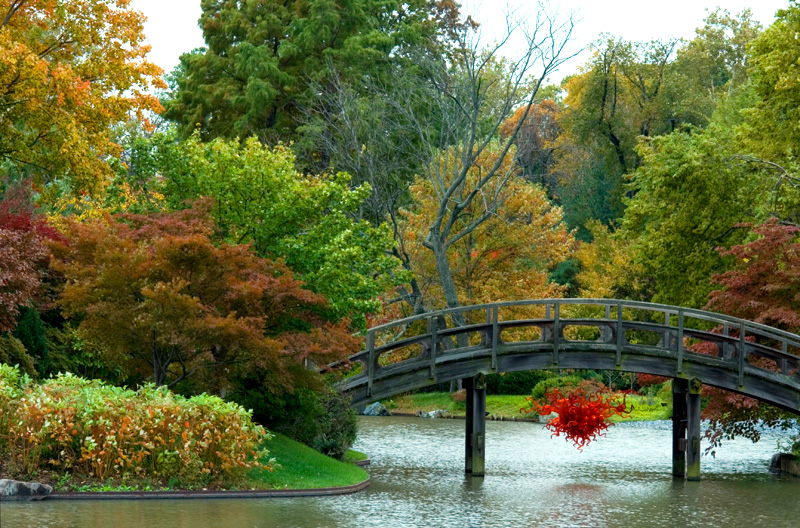 I apologize for late replies to emails and such. I’ve not been checking either email or weblog posts that frequently lately, and will only be doing so erratically for the next couple of months. If I don’t reply, don’t think me rude. Well, don’t think me rude only because I’m not replying right away.

As mentioned in the last post, I’ve had a heck of a time trying to figure out what I want from my new sites. The trend now, especially with tech sites is white or gray or gradient backgrounds, centered content, no or minimum graphics, and ads. It’s all very purposeful, professional, but there’s not a bean of personality in most of it.

I don’t think returning to the days of yore when we had paisley backgrounds and bright blue fonts is necessarily the way to go, but I wonder sometimes at the parsimonious nature of web sites–especially ones related to technology. True, we don’t want to load the sites down with graphics, but we all dump in photos from Flickr and videos from YouTube, so I don’t think bandwidth is the consideration. It’s as if we’re afraid that adding our personality to the page lessens its value, which is a hell of a thing.

Regardless, I do want the new sites to project a level of competency along with the personality, and therein becomes the challenge. I just couldn’t come up with a general theme to drive out the sites, not until this last week.

I’ve taken up book binding as a hobby again. I really can’t spare the time, but I find it helps with stress, and I need something other than work on tech, work on book, work on weblog, shuffle out for a walk and a pic, and repeat. I need something to do with my hands, and I find it wonderfully soothing to touch the many different hand pressed papers; to enjoy the rich colors and the infinite variety of patterns and forms.

This has, in turn, acted as inspiration for the design of the new sites, each of which will celebrate a specific form of craft: such as batik, bookbinding, engraving, stained glass, and the delicate enamel and metal popular in the Art Deco period. I like the idea of writing about modern technology in a site whose design is inspired by a textile method as old as time. At a minimum, it’s a fun challenge and a way of growing my design skills, slight as they are.

Speaking of crafts, O’Reilly recently started a new magazine and site, Craft as companion to its Make magazine. One reason given is to attract a female demographic, which made me wince at the stereotyping. I think, though, if the site dumps the obvious pink lettering and doesn’t completely focus on female centric projects, it can successfully attract both men and women.

The whole concept of ‘craft’ encompasses both culture as well as artifact and goes beyond that which was taught in home ec or shop. Any person who has seen a person lovingly oil a hand carved cherrywood table, spin a pottery vase, create a magnificent mosaic of glass–or bind a book–understands what I mean when I say craft. Many people would disdain to call themselves ‘artist’, preferring the more solid craftswoman or craftsman. Not all boys want to build robots to scare the dogs, and not all girls want to knit mittens, but both sexes can take pride in their skill working on a craft, whatever that craft is.

Book binding, batik, wood carving, embroidery, weaving, engraving and metal work, and so on–there is nothing in any of this that’s inherently unique to any specific sex, though there are gender specific practices. In Jakarta, for instance, using a pattern tool or cap in batiking is traditionally done by men, while batiking by hand is traditionally done by women. Why this difference, I don’t know, but it is an interesting question. Therein lies the point: a site that’s focused on attracting both men and women leads to such questions, which in turn generates discussion and understanding, which can lead, someday, to a lessening of such gender-based boundaries and stereotypes.

O’Reilly can do much to ensure a good audience of both men and women in Craft–as long as the company remembers the long history and legacy associated with the word ‘craft’, and doesn’t focus only on knitted iPod holders and making Halloween decorations out of tampons, (though kudos for such imaginative use of every day material).