It started out cool, with ice pellets, sleet, and mild frozen rain. Then it got colder, and I expected snow. Ah ha, though. The warm front from the Gulf had other ideas, pushing back into our area, and actually warming it up again. Just enough to keep it hovering at freezing. What does that mean?

Flooding streets, and silver thaw–dangerous build up of frozen rain on trees and power lines. I just looked out the window and the trees are beautiful–exquisite!–silvery, ethereal shapes in the street lights. The more beautiful they become, though, the more likely to break and come down on cars, homes, and power lines.

Now it’s starting to cool, but as I looked out the window, I saw lightning. It’s like a spring/summer storm meeting a winter blizzard, with a January ice storm thrown in for good effect.

The weather will cool overnight, and the water running now will begin to freeze, and snow will fall. Wind will blow just before morning, so drivers will have drifting snow over the iced, downed tree and broken branch laden, partially flood submerged roads. Oh, what the hell–let’s toss in a tornado, just for effect.

But just this moment, the trees are silver in the street lights, the ground covered in crystal, and the water on the roads runs runs like rivers of black velvet. Glorious. I could wish to be that beautiful just before I die.

No, I’ll probably go like the old apple tree in the field–gnarly, leafless, with not even a few wizened fruit hanging from the branches to mark its days of glory. The kind that leads farmers to say to each other:

“Picked a lot of fruit from that tree.”

“Make good firewood to smoke the pigs with, though.”

Another flash of lightning. Lightning. Bizarre.

update It’s not lightning. It’s transformers blowing out all around us, reflecting in the clouds like lightning. One just went across the street.

Sometimes I enjoy writing; other times, I hate being a writer.

For those of you who think it would be just wonderful to publish a book: think again.

There’s few things that can make you more vulnerable than to work your butt off on something and then have it trivialized, panned, and dismissed–usually by some anonymous pundit. Months of writing, months of editing and production work gets reduced in five minutes by a critic with an attitude.

One is tempted to reject all critics but there is value in criticism, even when such is unpalatable or unpleasant. Via 3QuarksDaily’s, I found the Boston Review article, Why Photography Critics Hate Photography to be an intriguing writing; especially the part on the critic’s rejection of the emotionalism of photography, and hence their suspicion of same:

Brecht was right. Photographs don’t explain the way the world works; they don’t offer reasons or causes; they don’t tell us stories with a coherent, or even discernible, beginning, middle, and end. Photographs live on the surface: they can’t burrow within to reveal the inner dynamics of historic events. And though it’s true that photographs document the specific, they tend, also, to blur—dangerously blur—political and historic distinctions: a photograph of a bombed-out apartment building in Berlin, circa 1945, looks much like a photograph of a bombed-out apartment building in Hanoi, circa 1969, which looks awfully similar to a photograph of a bombed-out apartment building in Baghdad from last week. Yet only a vulgar reductionist—or a complete pacifist—would say that these three cities, which is to say these three wars, are fundamentally the same cities or the same wars. Still, the photos look the same: there’s a very real sense in which if you’ve seen one bombed-out building you have indeed seen them all. (“War is a horrible repetition,” Martha Gellhorn wrote, and this is even truer of photographs than of words.) It is this anti-explanatory, anti-analytic quality of the photograph—what Barthes called its stupidity—that critics have seized on with a vengeance and that they cannot, apparently, forgive.

But the problem with photographs is not only that they fail to explain the world. A greater problem, for Brecht and his followers, is what photographs succeed in doing, which is to offer an immediate, emotional connection to the world. People don’t look at photographs to understand the inner contradictions of monopoly capitalism or the reasons for the genocide in Rwanda. They—we—turn to photographs for other things: for a glimpse of what cruelty, or strangeness, or beauty, or suffering, or love, or disease, or natural wonder, or artistic creation, or depraved violence, looks like. And we turn to photographs, also, to find out what our intuitive reactions to such otherness might be. (This curiosity is not, as the postmoderns have charged, an expression of “imperialism,” racism,” or “orientalism”: the peasant in Kenya and the worker in Cairo are as fascinated—if not more so—by a picture of New Yorkers as we are by an image of them.) None of us is a creature solely of feeling, and yet there is no doubt that we approach photographs, first and foremost, on an emotional level.

One of my favorite photographers is Walker Evans, who took what he called a ‘documentary approach’ to his photography–rejecting any hint of emotionalism in his work. About his most famous work, in the book Let Us Now Praise Famous Men, one reviewer wrote:

The images are quintessential of Evans’ “documentary style”; Evans’ dis-interested approach to these families resulted in portraying them with dignity and strength, although they lived in complete poverty. He sought to show the beauty of order and respectability within such an impoverished condition. Thus, many of the photographs are posed portraits, often made with the 8×10 view camera…Evans’ use of objects, as well as interior and exterior(architectural) shots, which were all components of his strategy to build a comprehensive documentary work. Although at times Evans used his Leica(35mm),a small format camera, he did not take “snapshots” of daily activites; he despised that journalistic approach. Evans kept his images, as usual, in sharp, hard-focus, and also varied his focal length–sometimes up close, other times, wide-angle.

Reviews of the book referred to the “naked realism which is the truth as Walker Evans’ camera eye sees it.” The effect is one of confrontation with the reader–not with Evans, but with the tenant-farming families themselves. In this regard Evans became the visual translator of these people to the rest of the alienated American public. In so doing, and in conjunction with his work for the FSA, Evans revolutionized the concept of documentary photography. That is, he artfully removed himself from the equation. His objective style brought the viewer into confrontation with the subject, with no hint of subjective authoritarian influence. These images are the best example of that fact, and accordingly were the hallmark images for which Evans became known.

Created my first formal Drupal patch, providing an XHTML content type to the Atom module. Once I walked through the module, and the procedure to apply a patch, it really wasn’t all that difficult to both create the patch, and submit it for review. And the feed validates, though with a warning because of the object element in the last post.

I was surprised at how easy it was to modify the administration form for the module— a couple of lines of code, and that’s it. 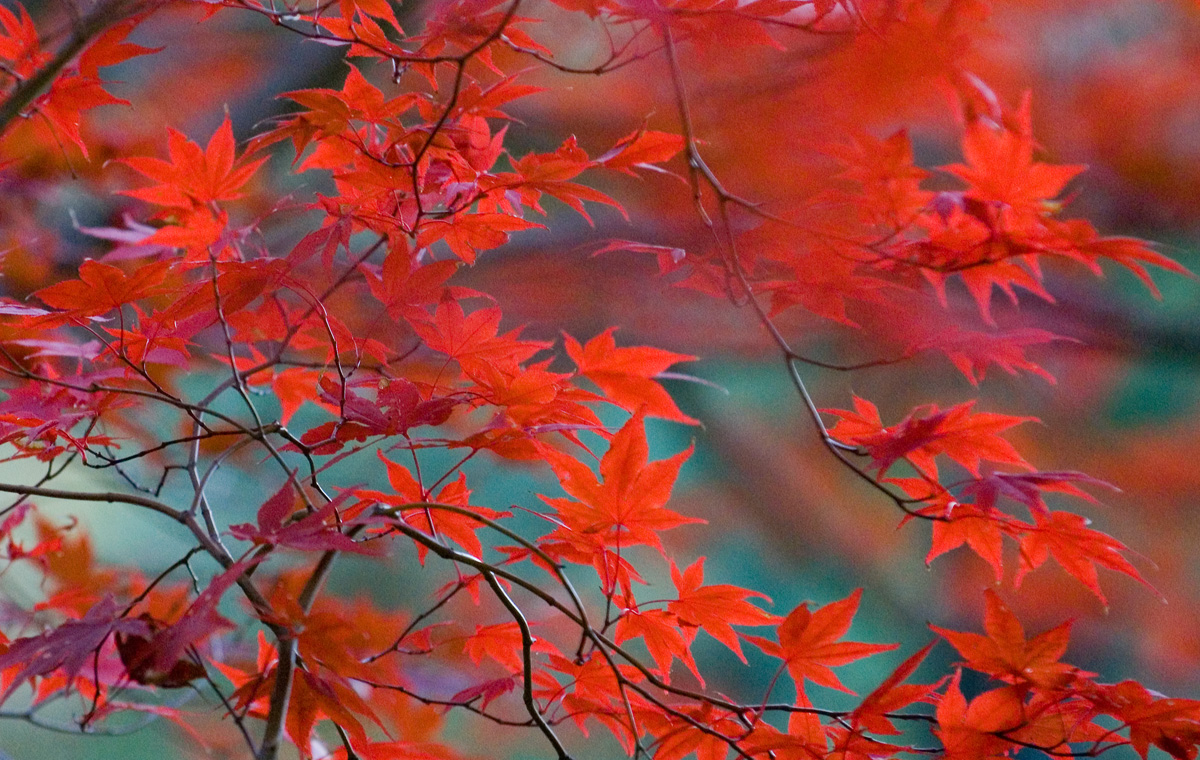 The example just referenced doesn’t use Flash. It does use one of the elements in the proposed HTML 5, input of which is being currently sought by at WaSP, 456 Berea Street and elsewhere.

This is addition to the new effort to reactivate the HTML effort in order to act as a bridge between the older HTML specifications and the newer XHTML efforts currently underway at the W3C.

Not to mention Adobe’s open sourcing it’s ActionScript virtual engine into the Mozilla effort, in a project called Tamarin.

So what do I think of all of this? I think it’s exciting, I love the canvas element and I’m interested in many of these other innovations, it’s good to revisit HTML, but I wouldn’t be me if I also didn’t note concerns: HTML element bloat; confusion as to direction of standards and where people should be heading; vastly incompatible web pages as browsers desperately try to keep up with all the changes; frustrated web page developers and designers also trying to keep up with changes; and a growing dominance of Mozilla/Adobe in regards to JavaScript and whether this could lead to a non-neutral ECMAScript 4.x, which does no one any good.

Still, it is nice to feel excited about web tech again. I’m not sending up fireworks, but I am pulling the end off of a Christmas cracker in celebration. Now, excuse me as I go push around that cute little blob.

Update Michael also sent me a note about this weblogger, Joshua Ellis who has started a micropatronage drive to travel to Africa. Joe Clark, from the last post. also mentions him as an example of successful micropatronage. I don’t know him from Adam, but I do know Michael and Joe, so am passing on the link to the weblog. It’s the FOAFy thing to do.

Besides: I want to go to Australia … someday…