And with all the unpleasantness this weekend, including a comment breaking my XHTML, captured for posterity by the playful, puckish, Anne, I find that I have misunderstood one key element of the RDFa specification, and have embarrassed myself greatly. 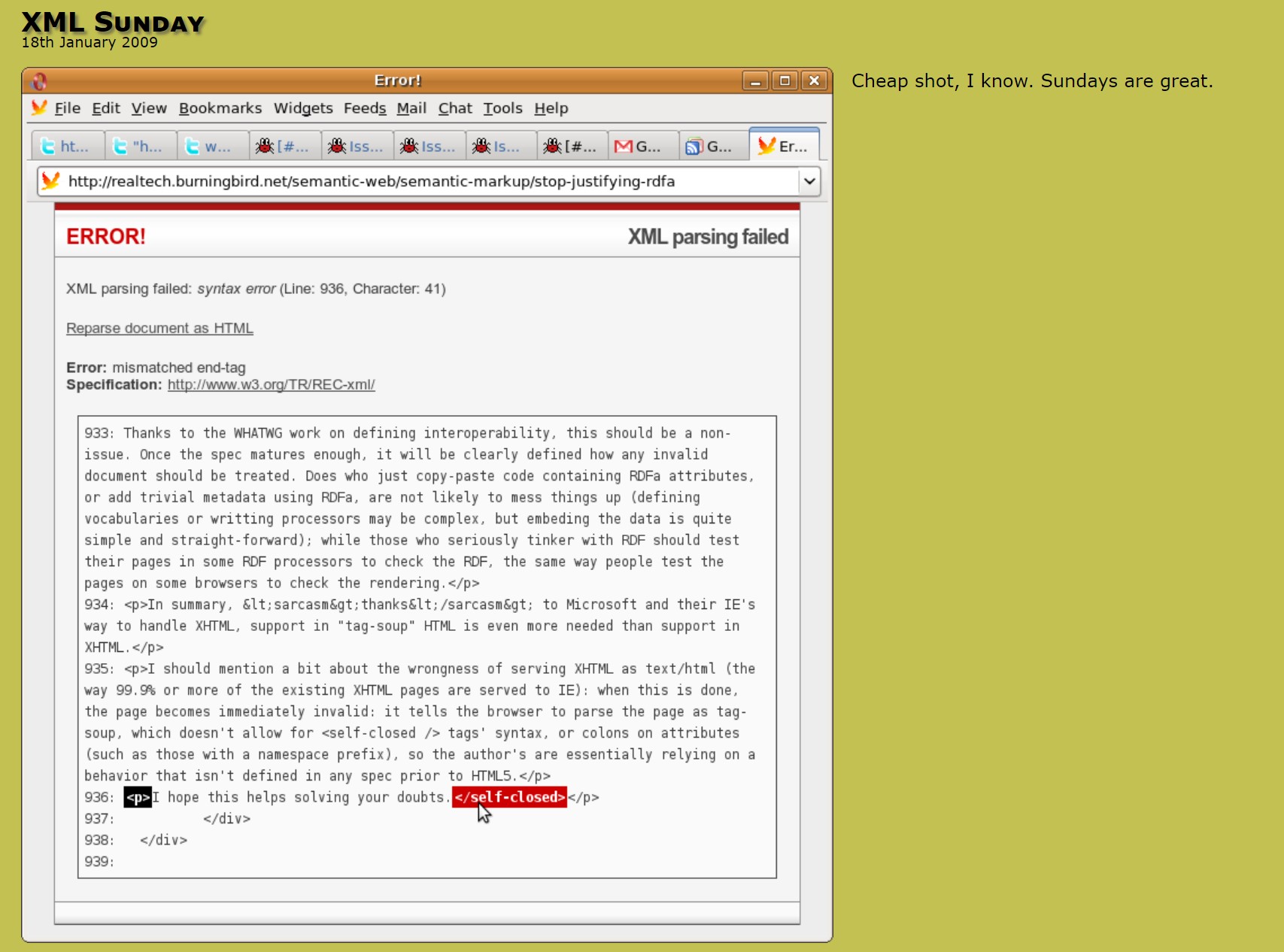 Why is every time I touch anything to do with the W3C or associated mailing lists, I always come away feeling like the idiot child who has just wasted the time of her elders? It has gotten to the point, where I don’t want to write anything about technology online.

Now, I have to re-visit my XHTML formatting for my comments, for yet another use case that is slipping through the filters.

update Another set of test cases bites the dust. I now have two modules, HTML Purifier and htmLawed implemented, in addition to the built-in URL converter and automatic line break functionality. The order these are implemented is important and the following seems to create a compatible effect: HTML Purifier, htmLawed, URL converter, line break. I’ll have to do other testing, but two particular use cases that came up yesterday—yes, two— both seem to be trapped with these changes.

second update Based on request from from the htmLawed creator, I attempted to reduplicate the original errors. One was quite simple: the use of <self-close /> caused the Drupal built-in HTML corrector to over correct, adding a </self-close >. I’m not sure why I had the built-in HTML corrector active, anyway, as it does conflict with htmLawed. Removing it removed the problem.

The second test case didn’t get corrected by htmLawed, when I tested with the original comment, so I added HTML Purifier. However, when I went to duplicate the test case, I couldn’t, so I had documented the test case for duplication incorrectly. I’ve since turned off HTML Purifier, and if the case occurs again, will leave it to show the htmLawed creator. It doesn’t hurt to use both modules, and I only use them with comments, but if I don’t need two, I’d rather not use two.