The cloudy weather broke for a few hours yesterday morning, but it was still cold. I took my telephoto to the park to take photos of birds. Not flowers, or derelict buildings, cute children, or dogs in costume — birds.

There’s a pileated woodpecker that frequents one of the parks. I’ve heard him and others have seen him, but in four years, all I’ve heard is his loud tap, and all I’ve seen is the very last of his feathers as he flies away. To odd further to the injury, he would usually laugh as he flew.

However, Woody the illusory woodpecker aside, there are other pretty, flashy birds about. Now is the time to take cardinal photos as the males find a branch on high somewhere and sing out their courting song. At the park, I followed the song from tree to bush, to tree, but the only bird I managed to take a photo of was this robin. 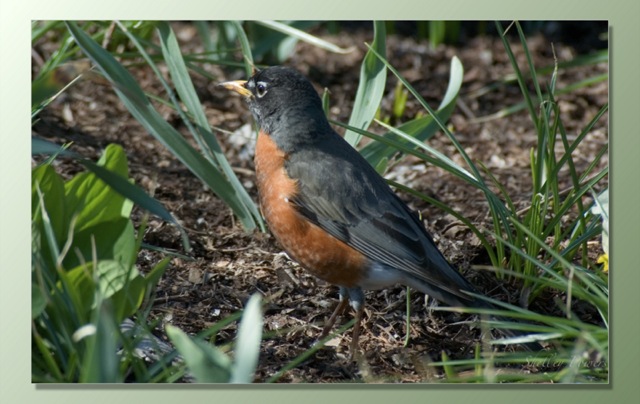 Finally I came upon one bright red male, strutting his stuff high in the air. I quickly took as many photos as I could before he flew off. 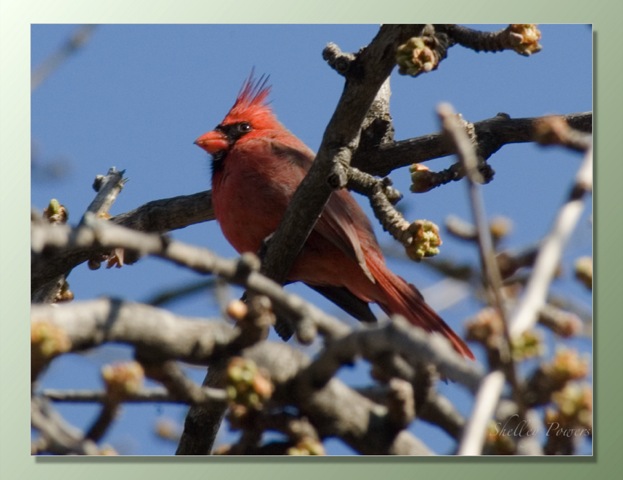 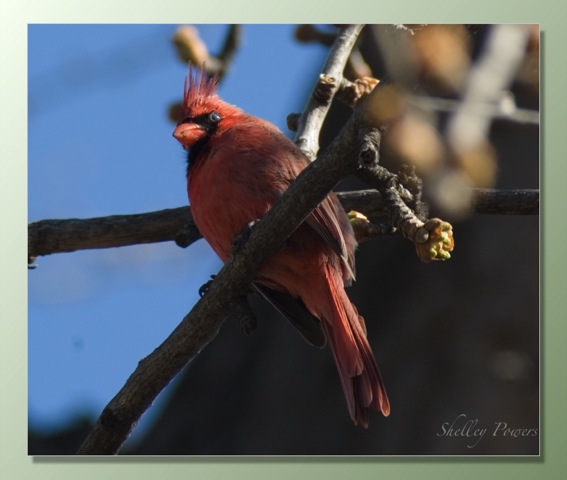 As I started to turn away, a bit of bright red directly to the side caught my eye. Not only was there a cardinal close by, it didn’t seem to be frightened of me, and actually eyed me as it preened and fussed with its feathers in the morning breeze. The day was my day for bird, after all. 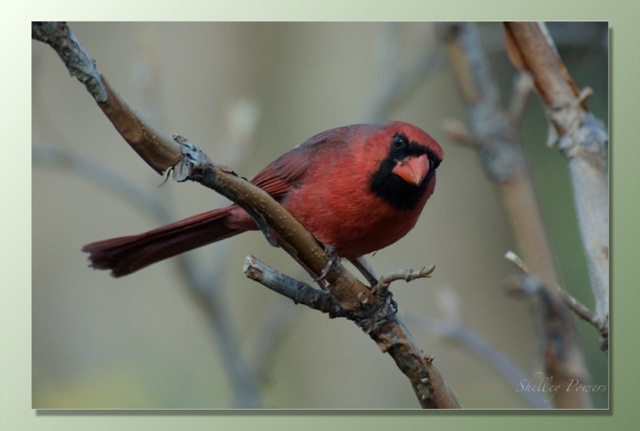 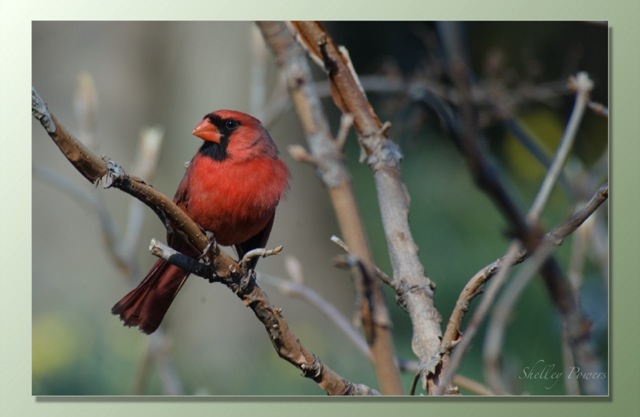