I didn’t venture far for a walk today, not after several days of rain followed by a freeze. Whatever areas I would hike that aren’t at threat for flood, are at threat for rock falls. But I did get out for the first time in five days for a walk around Powder and it felt good.

I noticed going into the park the lovely icicles hanging from the rocks, and after walking, I stopped to get some pictures. As I was taking photos, a car drove by, honking at me and the driver pointing up at the cliff top in warning. Much of the composition of the hill I was taking photos of is shale. When you combine several days of rain, followed by a sudden freeze, you run into a real risk of serious rock falls, as the water trickles down behind partially broken rock and then expands as it freezes. However, I haven’t been a rock collector for years without learning how to read a hill relatively well, so I wasn’t concerned. Besides, where art commands, we must follow…or some such thing like that. 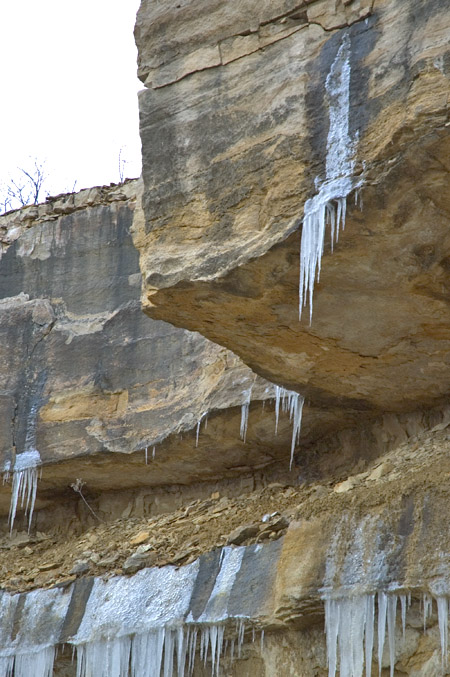 From there it was to my favorite place by the Meramec to see how far up the bank the water was; sure enough, the water was flooding into the park area. It had already crested the bank on our side of the river, and if it rises another 4-5 feet, the homes across the way will be at risk tomorrow. Hopefully not.

It was something to see, though, especially when its an area you know so well. I’ve taken photos in this area where I could walk on the river bed, the water was that low. Now, I can reach the river edge just by stepping out of my car. The following photos are pictures from the same area, the first taken in winter a couple of years ago, the second today. 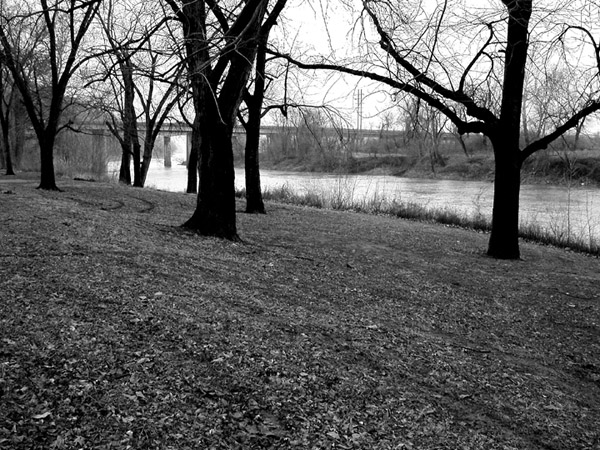 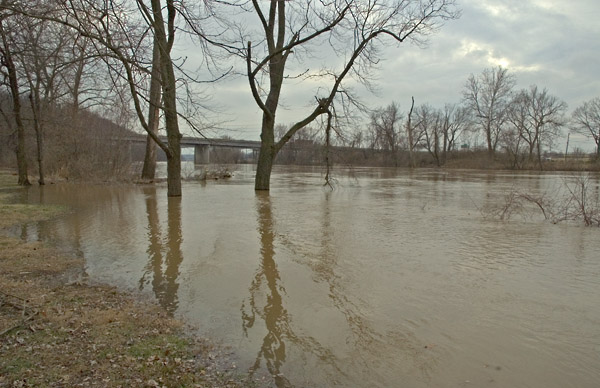 As I was taking photos of the waters rushing past the freeway bridge, I was reminded that the Department of Homeland Security has put a watch out for people taking photos of bridges. As much as I enjoy taking bridge photos, I rather thought I would have trouble by now, but I guess I don’t have the look of a terrorist.

I wonder if Walker Evans would have had the look of a terrorist when he was taking his famous New York subway photos decades ago? Luckily the decision to make it now illegal to take photos in New York Subways without a permit or press badge wasn’t in effect when he took what I, and many, consider to be some of this best photographs.

As the folks in New York say, though, it’s for our safety. And, after all, it’s just pictures.

Just pictures. Just words. Just…Sometimes the price of ‘safety’ is just too high–as high as the water of the Meramec spilling over its banks past the forbidden bridge. 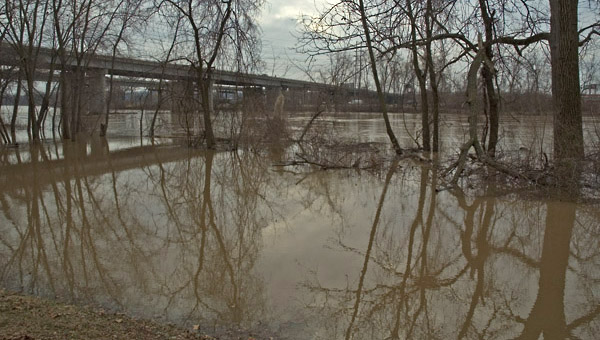