The best time to go for a drive in the country in Missouri is late Sunday afternoon, and yesterday I spent several hours wandering around Highway 94. This road is a mix of old and new, and very unique — from the open bar that attracts bikers in Defiance, to the old clapboard housing in so many of the towns. Highway 94 is narrow and curvy and hilly and if you want to see the scenery, you have to go slow. However, if you want a fun kick ass ride, try going over the speed limit — I can guarantee you’ll go airborne.

Unfortunately, this happened with a biker as I discovered when I rounded a corner to a scene of police cars and a large motorcycle smashed into the hill along the side of the road.

You pay for your thrills. 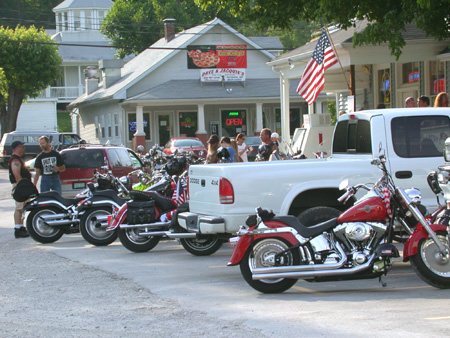 The scenery was incredible, small towns and rolling green hills, thick impenetrable forests, with here and there pretty churches dotting the hillsides, each with their associated old time cemetary. 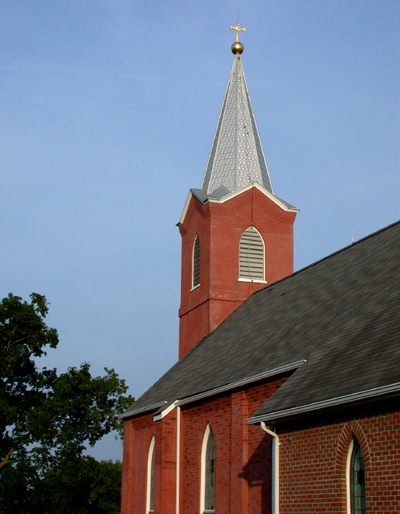 I spent way too long on the highway, and by the time I got to my Katy Trail destination of this weekend, it was heading towards late, late afternoon/early evening. Again, the only people on the trail are bike riders, and I had much of the trail to myself. Well, except for the wildlife, and there were birds. And birds.

The special treat yesterday was a golden eagle that took off not ten feet in front of me. Too quick for a picture, unfortunately. It was joined by blue birds and red-winged blackbirds and cardinals and meadowlarks and mockingbirds — my own personal chorus and feathered escorts. We birds, we flock together. 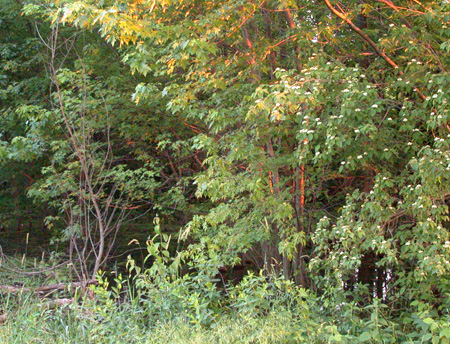 Not sure if I can do justice to the moment: late Sunday afternoon light, warm humid air, walking along a country trail with trees on one side, fields of grape and corn on the other, and bird song filling the air. Two rare red squirrels are chasing each other among the trees, and the only human sounds are my own footsteps crunching the limestone gravel on the path. It would on occasion echo against the limestone cliffs, creating an earie double sound, which was a bit unnerving. Here’s me always looking behind for the other walker. 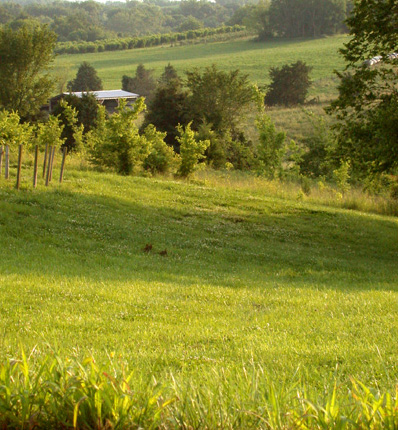 I started my walk in Augusta, a beautiful small town in the middle of Missouri’s thriving wine valley. But all the towns I talk about are beautiful, aren’t they? Want me to vary this a bit, find a real pit and describe it? I’ll try this next weekend.

Anyway, I bet there’s not a one of you that knew that Missouri had vineyards — we assume these are only in California or New York or perhaps in the Northwest. Ha! Little do you know.

Augusta’s also famous for its old board buildings, including a bed & breakfast that caught my fancy near Katy Trail (a lot of quaint bed & breakfasts in this town), as well as other less well kept, but far more interesting buildings. 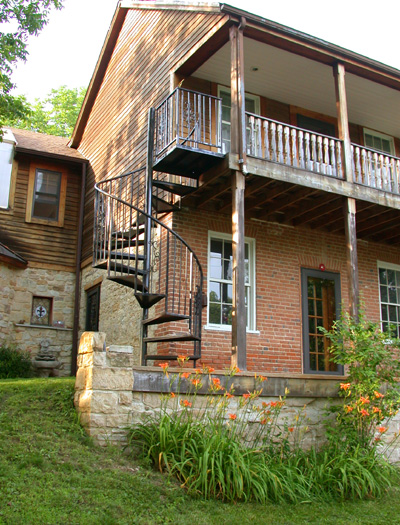 I don’t about anyone else, but I love old buildings, especially ones that are falling apart. There’s so much history in them — you can imagine the town when it was a railroad that went through it and not a hip trail, bringing in all the tourist bucks. Before so many of these towns lost over 10% or more of the population, in a mass exodus of youth to the city and other states.

Did I mention there’s a popular beer garden in town? 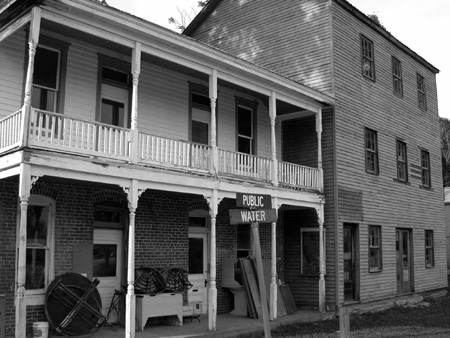 I wasn’t too long on the trail before I noticed that the limestone cliff on the one side had fallen back from the trail, but the trees along it were so overgrown with vines that they formed a hidden overgrown glade that was impossible to get to. It was unlike anything I’d ever seen before, mysterious and a little surreal. Real Alice in Wonderland stuff.

I am aware that there is no real inimical life in Missouri, but the presence of that hidden world just on the other side of the bushes and vines and trees was — intimidating. I could hear sounds, and see movement out of the corner of my eye, and it felt as if I was being watched by a thousand eyes. I probably was: birds and insects and squirrels and the like. Still, I had a good work out walking crisply back to the car as the sun started to drop into mid-evening light. 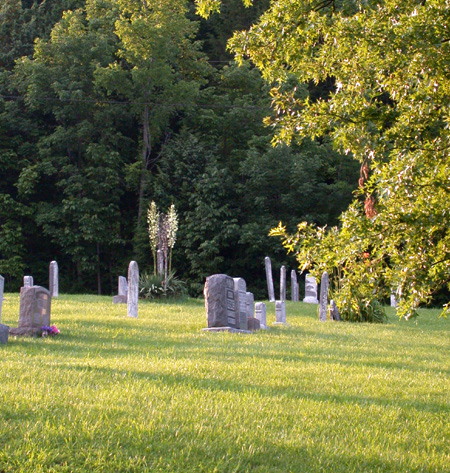 If there’s ever a place to inspire a story, that place is the one. In fact, I find stories wherever I go. No wonder Mark Twain loved Missouri.

I tried to take a photograph of the hidden glades, but did poorly. You’ll just have to take my word about them, and I’ll try again later.

On the way back, I stopped at the Busch Wildlife preserve — this place of larger ponds with water lillies and bull frogs and geese, fish, and insects. Lots of insects. However, to control the insect population, the rangers posted several bat boxes about in the forest and greens. 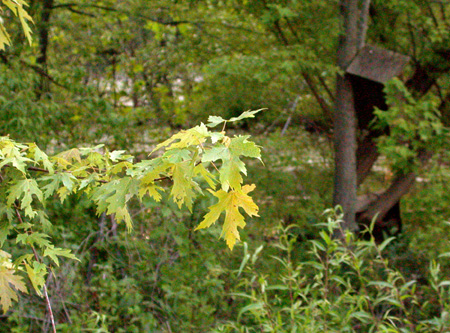 I watched as the evening mist rolled in off the water, and the geese finished their evening feed, taking off across the lake. 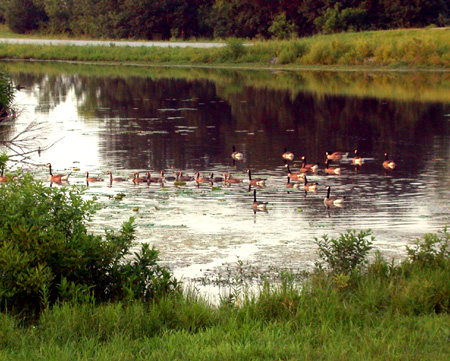 I feel like a tour guide sometimes, talking about this road and that park and this scenic view, but there’s much that happens on these late Sunday afternoon drives, when I roll the windows down and turn on the music and drive the winding roads, thoughts only half on the beauty. It’s times such as these, away from computer and phone and other people, that you just flow along — no cares, no worries, no thoughts about yesterday or tomorrow.

You’re completely in the moment.

Each time I experience this living within the moment, I think what a wonderful, magnificent place Missouri is, and I ask myself how could I ever leave this state? The green and the gold and the water and the birds and the life and all which I’ve come to love.

But then, I’ve said this same thing to myself about every place I’ve lived for the last 30 years. I guess for people like me, home exists in a moment rather than in a place. 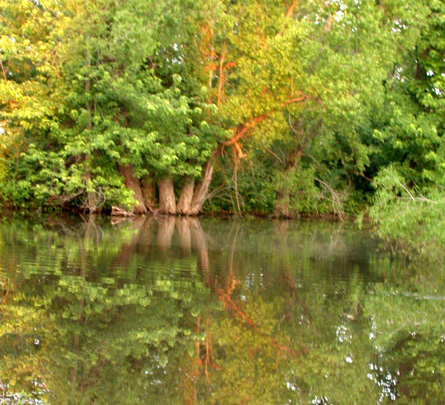