This July is shaping up to be the coolest July on record for St. Louis. I took advantage of the cooler weather last weekend to visit the St. Louis Zoo on Saturday, Shaw Nature Center on Sunday. Following is some photos from the Zoo trip.

The lake at the Zoo attracts its share of wild birds. I was surprised to see this Wood Duck with three ducklings, as I thought the breeding season was over. 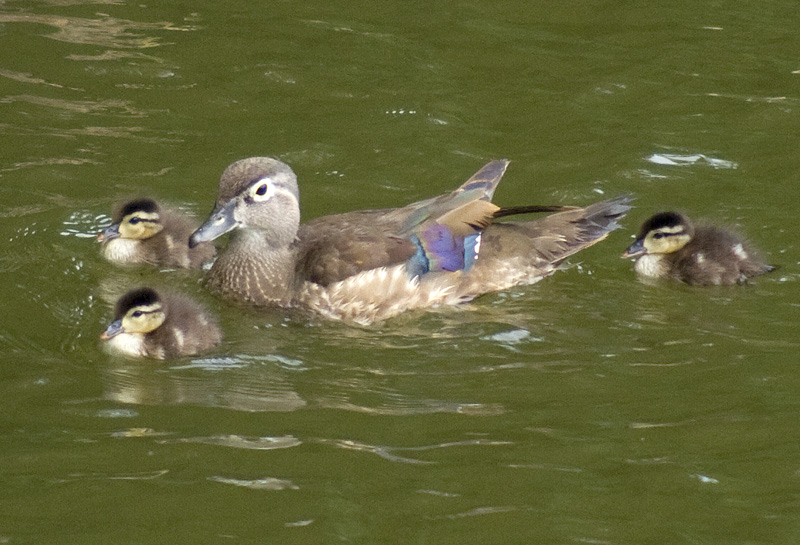 The mother wood duck was particularly wary of the American white pelicans in the lake, and for good reason. We noticed that the pelicans were dipping their beaks into the water in unison, a behavior the bird keeper called “driving”— as in driving fish into shallow waters for easy picking. Except in this case, the lead pelican was “driving” a small duck. Evidently, according to the keeper, the pelicans don’t hurt the ducks, and it’s a form of play for them.

A bit rough for the duck, though. 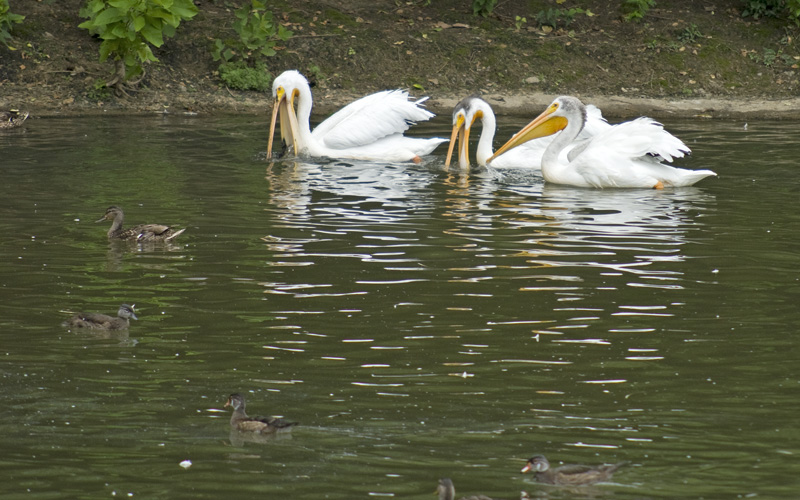 If you look at the photo, you can just barely make out the duck in the pelican’s mouth.

I ended up with some decent photos of the zoo’s elderly cougar. She has a decided limp, and it was difficult just to watch her slow, painful climb up the hill. However, the trip seemed worthwhile to her, as she found a nice patch of sunshine at the top of the hill to enjoy. 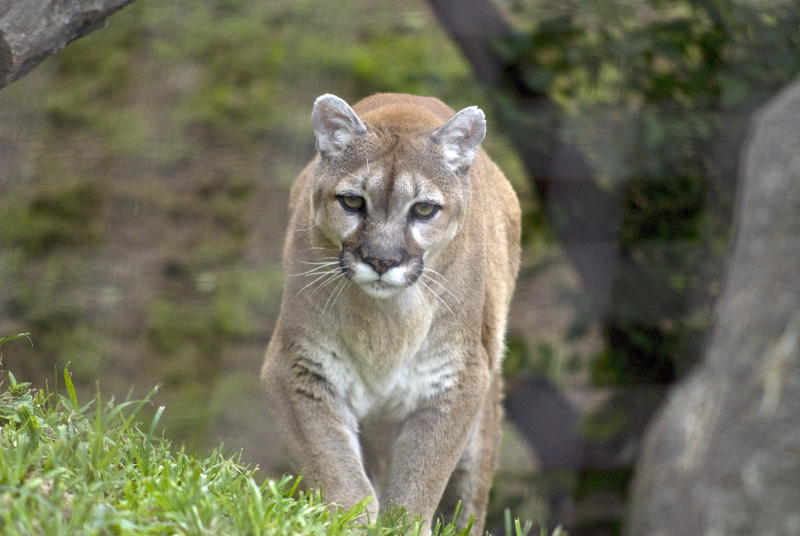 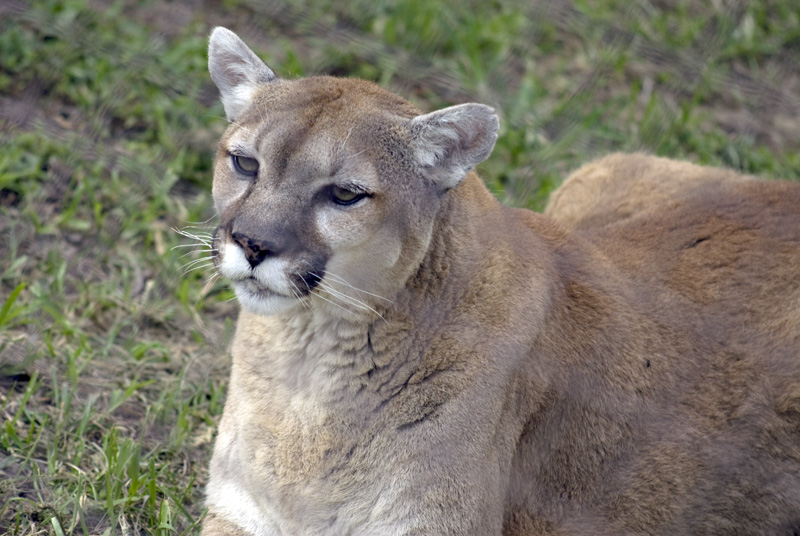 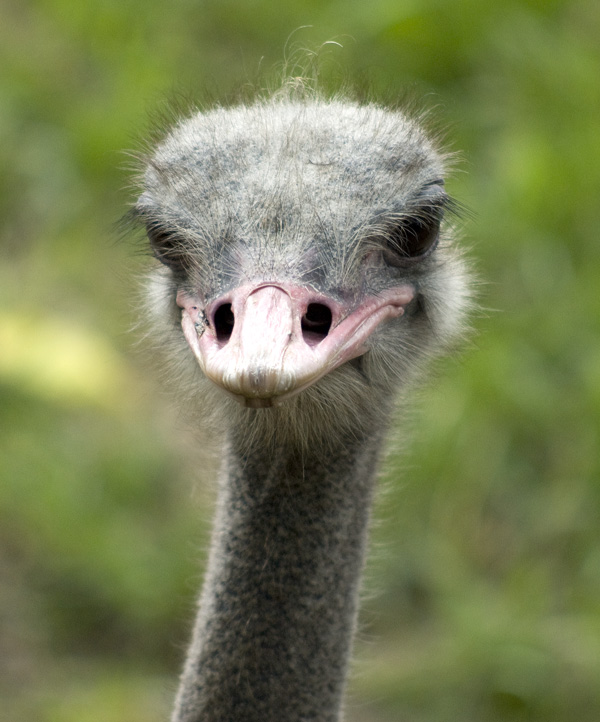 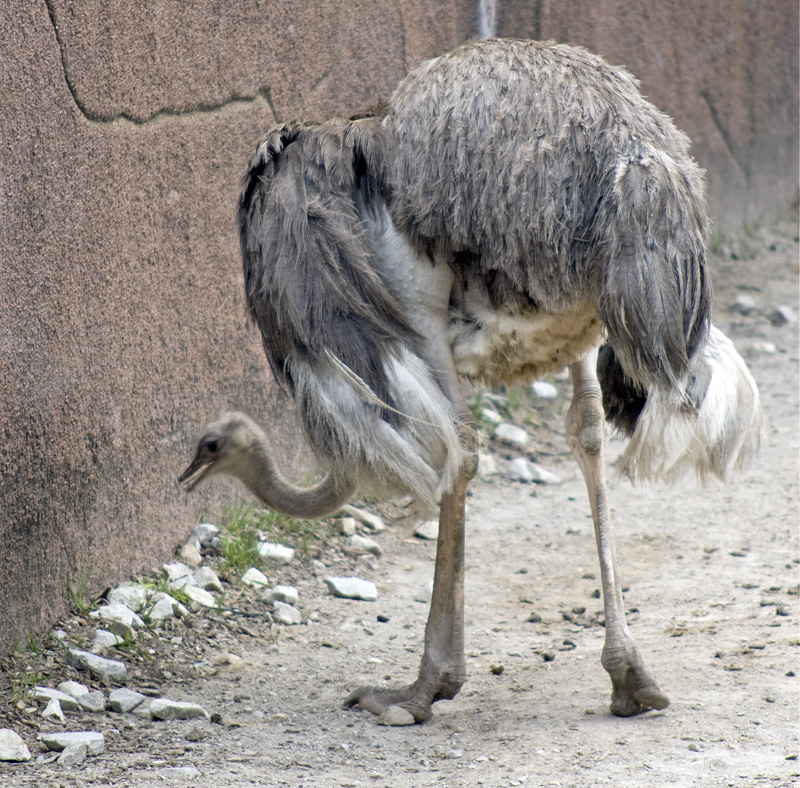 The cooler weather was also enjoyed by several of the cats, most of which come from cooler climates. Among them was this beautiful Snow Leopard, as well as Sofiya, the Amur Leopard, shown here looking across the path at her father. 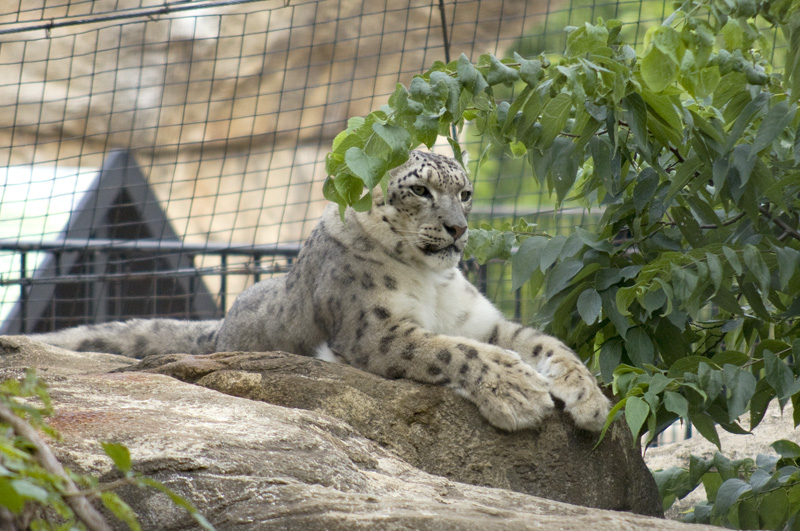 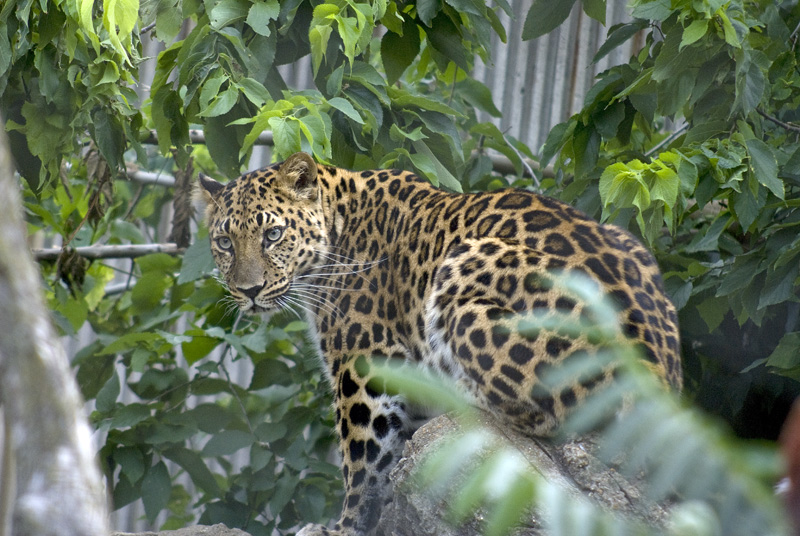