The rains finally came this last weekend. They blew in strongly on Saturday and took out the power for half the city, but I don’t think anyone minded.

I did lose my internet for several hours on Sunday. When I called in, I finally got through to a lovely woman with a charming Kentucky accent who told me that the reason I didn’t have service is that the power box for the cable was hit by lightning; the only reason the cable was still working was that a cable company worker was down at the station with a power generator in the back of his truck, keeping the cable going. The internet, however, required much more power.

With the rains has come cooler weather, and I’ve been able to get out for walks. However, with gas prices being the way they are, the walks are close to town. When did someone find the secret of alchemy and turn gold into gasoline?

I don’t mind walking close to home, though. There’s a gentle feel to the air — a softness we’ve been missing all summer. It’s almost as if we’re having a second Spring. During Monday’s walk at Powder, under a canopy of dripping green leaves, I came upon a half dozen bucks; to see one antlered deer is uncommon, and to see several at once was an unexpected treat.

And today I found the monarch butterflies. After all these years with trips carefully planned to Shaw and other places, without any success, I finally find my monarchs where I least expected them. Purely by accident — I had a couple of hours to kill before picking up my roommate at work and decided to go to Busch Conservation Area to take pictures of geese. When I arrived, the fields around the main lake were full of a delicate, pink flower (milkweed), freshly bloomed from all the rain, and busy among the flowers were hundreds of monarch butterflies. 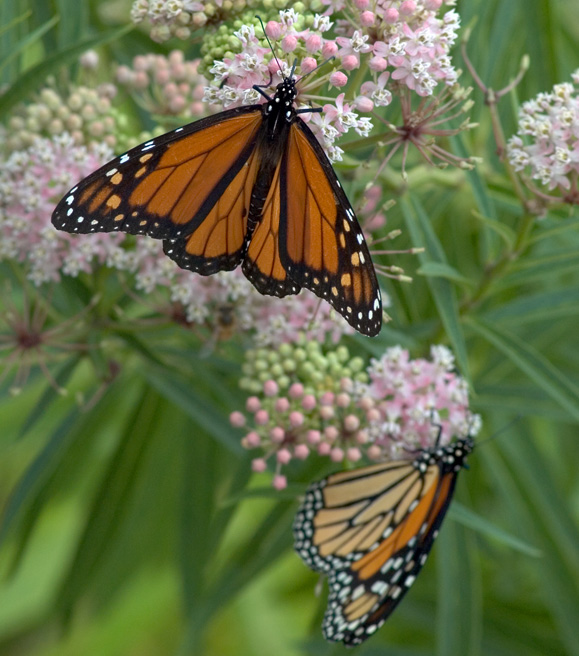 I grabbed my camera and raced from flower to flower taking pictures, sometimes stopping just to let the butterflies and bees fly around me, close enough to almost feel the movement of their wings. No one else was about, though I could hear creatures in the grasses and in the water of the lake next to the field. It was worth the summer, all dead and dry and hot bit of it. All of it was worth those few hours with the butterflies.

Needless to say, I have a lot of photos. Be forewarned. 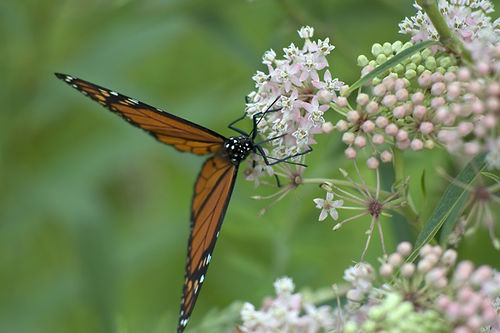 What was particularly funny was the interaction between the butterflies and the bees. The butterflies would usually have their wings folded up. As a bee approached, they would suddenly open their wings, *thwack*! And there would go the bee.

Came home and watched two wonderful movies: Strictly Ballroom and IQ. Strictly Ballroom is an Australian film about ballroom dancing, and would seem to be the usual boy and girl against all odds movies, but it has some wonderfully campy movements. And I love Spanish guitar, not to mention the dancing.

What I liked in particular with Strictly Ballroom was the ending, which I won’t give away, other than to say that the dancing is all that matters.

And IQ, well, it’s sweet and gentle, and isn’t it a wonderful time to be alive? Wahoo. 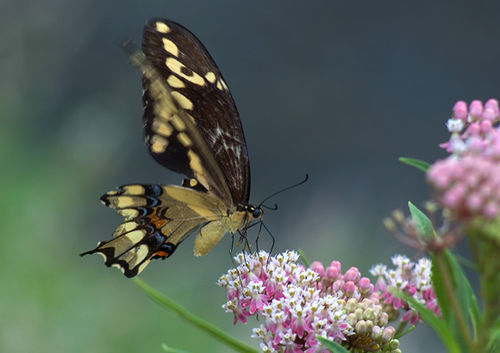 (The above is a swallowtail butterfly — it wouldn’t stop moving, and kept fluttering it’s upper wings. Really graceful and beautiful creature.) 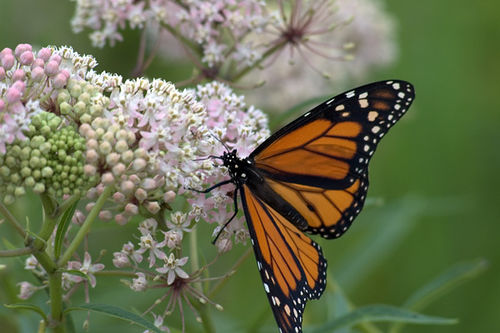 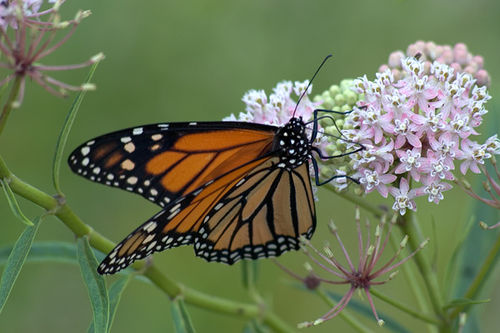