Last night a massive late fall storm hit our area, causing flooding and even generating funnel clouds not far from where we live. Today the trees are stripped bare for the most part, leaves littering the ground like summer’s last soldiers felled honorably on the field of battle.

Except for one tree. One tree on the corner stands out for its stubborness and refusal to change, only just now starting to show rust among its leaves. I have a perfect view of it, framed within my office/bedroom window, and I watch it through the seasons, as it is the last to change for fall and the first to sprout new growth in the spring. I call it my Bird Tree because every bird in the neighborhood eventually spends time there. The predator birds seem to know this and many a time I’ve watched a hawk, perched on the roof nearest it, eyeing it intently, but too big to crawl within the tree’s dense growth. During these times the tree, normally a cacophony of sound, is blazingly quiet, as the other birds become aware of the intruder in their midst.

She who dares sings now does not live to pass her exuberance and spirit on to her offsping, and each new generation becomes more silent in the face of adversity.

Another storm also brewed in the dark of night, as I was catching up my reading over at St Louis Bloggers. Arch Pundit referenced an email he received from Earl P Holt III, a past school board member and current local radio personality. In this email, Holt wrote:

Some day, You sanctimonious n****-lovers will either have to live amongst them (“nothing cures an enthusiasm for integration like a good dose of n***s”) or else defend yourselves against them. My guess is that you are such a cowardly and pusillanimous lot of girly-boys, they will kill fuck, kill and eat you just as they do young White males in every prison system in the U.S. That’s right: When defending this savage and brutish lot, you must also consider their natural ( or should I say UN-natural) enthusiasm for buggery!

I was emailing back and forth with Joe Duemer regarding his weblog move and mentioned this letter, which he had heard about. I talked how I’m glad to be living where I am, where change is most needed, rather than in cities like San Francisco. Joe mentioned (and I hope he doesn’t mind me paraphrasing him here) about increased diversity in bigger cities as compared to smaller communities, because groups have to, perforce, learn how to work and live together because of the more dense environment.

I understand what Joe is saying about cities like Boston and San Francisco and New York – no matter how insular you want to keep your life, you will be exposed to diversity. However, I also believe that though there are commonly shared areas reflecting diversity, city dweller do not necessarily encourage this within those areas closest to home. In fact, cities tend to compartmentalize people into neighborhoods of likeness, from which there is little crossing of implicit barriers.

In Boston, a traditionally liberal city, one can traverse it’s three miles, and cross neighborhoods that encapsulate people based on economics, religion, and race. Run the Boston Marathon and you’ll see much of what I speak.

For instance, sections of Brighton where I lived were exclusive enclaves of the very well to do and rarely is there any color but white spotted among them. Other sections of Brighton are known for large populations of Russian born Jews. My section was split between both, and included funky Harvard students and the upwardly mobile. (Boy, weren’t those the days.)

When I was learning to drive, my black driving instructor tended to take me to a neighborhood he was most comfortable with: Mattapan. If I were an Irish Catholic, I would have been most comfortable in Quincy; as an Italian, in the North End.

True, there are no lines drawn around these areas, and there exists buffers, DMZ if you will, between each where all are welcome. You only have to walk through the Commons to see the rich ethnic diversity of Boston. Still, though, there is that like to like, and suspicion of difference.

(You would think that the online world is different in this regard because we are color blind to each other unless we choose to expose that aspect of ourselves. However, one only has to remember all the fuss and focus on Oliver Willis, the lone black at Bloggercon to realize that hidden from view does not equate to solution arrived at and time to break out the bubbly and congrat ourselves on achieving diversity.)

St. Louis is actually split about equally between black and white and I would have expected to see more diversity among the neighborhoods, but I don’t. In my current neighborhood there are some blacks, but not many. In other parts of the city that I’ve gone to walk, near the Mississippi river, I’ve been the only white among the blacks. I stopped these walks, though, not because I didn’t like the areas or because I felt threatened. On the contrary, I stopped because I felt I was intruding, a danger to the neighborhoods of the worst kind – a lone white woman walking about in a largely black neighborhood. The feel of people trying to be extraordinarily careful around me was oppressive.

Of course, when you read the email sent to the Arch Pundit from a good citizen of the community, or read my story about the confederate flag being proudly flown, we can see why the blacks reacted as they did to my presence – I was in effect, one of the hawks. 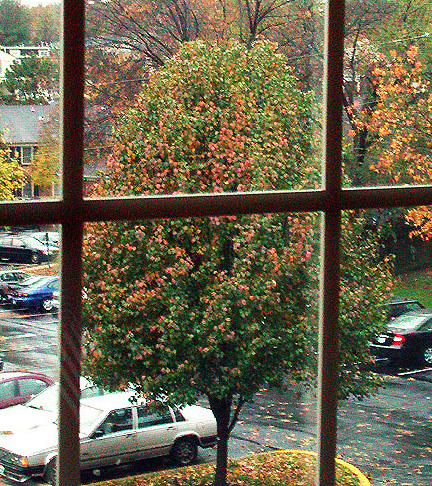