I woke up June 24 feeling little different than when waking up the day after Trump was elected President. I woke up knowing everything has changed, and not for the better.

Alito’s Dobbs decision gutting abortion rights in this country has triggered a massive upheaval in the rights of over half the population, and all because of five justices determined to impose their viewpoints and their beliefs on society. Five justices, of whom three were hastily selected by a President who didn’t even win the popular vote.

But it wasn’t just Roe v. Wade that was tossed out. No, this same group of people have enshrined gun rights as the second most important freedom, following that for religion…if you follow a specific type of religion. And they haven’t even begun their determined march into overthrowing everything that makes this country good. I suspect before the end of the week is out, we’ll see an attack on the very fabric of our government, as this small group of elites continues its unthinking drive to wreck havoc on our society. They’ve already hinted they’re coming after rights for the LGBTQ+ community and birth control.

Justices Breyer, Sotomayor, and Kagan penned a very rare joint dissent against Alito’s pretense of a decision. In it, instead of using the usual “We respectfully dissent” they just wrote

We look at today’s social media world post-Trump Presidency and we see a highly disconnected and fragmented world. The media proclaims it’s never seen society so polarized, but we’ve always been polarized. The only difference now is who controls the visibility of the fragments.

Unlike earlier years, what was fit to print, or fit for all of us to know, was controlled by the media. First the newspapers, then radio, and finally TV.

Now, we’re all publishers, even if all we publish is 280 character blurbs to a handful of people. And as publishers, every single one of us proclaims as loudly and emphatically as we can our interests and our beliefs, and all too frequently, our disagreements. It’s a wonder we can still think with all this chaotic noise.

It never used to be this way I think to myself, as I spend time recovering old weblog pages from the Wayback Machine. Before there was Twitter, and before there was Facebook or TikTok or Instagram, we had weblogging: a tightly integrated community of early practitioners who linked each other in a continuing dialog that was equally special and mundane, profound and silly.

Yet at the very beginning, we were broken.

Weblogging wasn’t the first example of social media. I’d say that honor goes to Usenet, which was fairly popular before the invention of the web. But weblogging made social media accessible to everyone, not just enthusiasts and geeks.

This page is as good a history of weblogging as I can find online. As you can see, weblogging started not long after the web, itself, though the number of webloggers began small. But this all changed with 9/11.

I remember watching the horrific events of 9/11 unfold in real time on TV that day. We watched as the planes hit and the towers fell. In the days after 9/11,  many of us wanted to reach out to people, to connect, and to talk about the events and try to make sense of what happened.

At the same time, our country was in a virtual lockdown. We’ve forgotten with the recent COVID-related restrictions that this isn’t the first time the country has been locked down. It isn’t even the first in recent history. The photo at the beginning of this writing is one I took from my apartment in San Francisco. Two days after 9/11 the military showed up with barbed wire and concrete barricades, blocking off a major street in order to protect the machinery of the Bay Bridge. 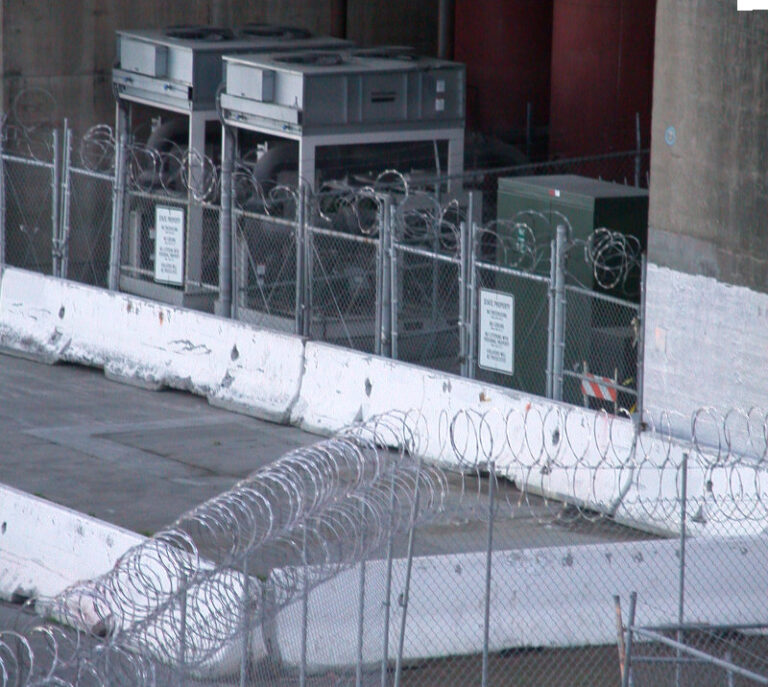 A combination of wanting to connect while physically distanced combined with new tools and inexpensive hosting led to an explosion of weblogs. And thanks to blogrolls and linking, we formed communities of seemingly like-minded people who became close even though we might be on the other side of the world from each other.

However, if 9/11 brought us together, the events following 9/11 soon started tearing us apart.

9/11 and the fracturing of social media

What brought on this writing was spotting a graphic from a Wayback Machine archived page of my friend Jeneane Sessum’s Allied weblog. I had recently discovered my old Radio weblog pages in the Wayback Machine, and shared the discovery with my Facebook friends. Many of these friends are people I’ve known for decades now because of our earlier weblogging connections. So, I posted links to some of their pages, too.

In a page from 2002, Jeneane had posted a sidebar graphic that read “1st off Mike Sanders’ Blog”.

I hadn’t thought about this event, or Mike Sanders, in years. The graphic brought back the memories, albeit a bit fuzzy from time.

I searched throughout my Wayback Machine archives for the same time frame, and found the post that explained what this was about. I’ve recovered it to Burningbird, but you also have to look at the page in context.  It links a March 1, 2002 weblog posting that read:

I was out of town but had to return early.

This morning I received an email from Mike Sanders asking me to remove his weblog link from my blogroll and he has removed my weblog from his. The reason is because of my “moral equivalency” arguments last week, and because I linked to Daniel Ord’s piece Stereopticon in Friday’s post.

I wrote the following in an email to a friend, regarding my posting on Friday:

My first time being accused of supporting terrorism

Two things made Sanders’ email stand out. The first was that it was the only time when someone had asked me to remove a weblog link, not just remove a link to my page from their weblog. Today, this would be equivalent to someone on Twitter blocking you, but having to ask your permission, first.

The second was being accused of supporting terrorism because we weren’t willing to condemn Palestinian actions post 9/11. Mike Sanders was a strong supporter of Israel. In the process, he not only stepped over the line into Islamophobia, he raced across it. To the point where he would label us terrorists solely because we were willing to listen to other viewpoints.

Being labeled a terrorist by some extreme conservative isn’t all that unusual on Twitter or Facebook today, but it was a shock back in the early days of weblogging. Especially when the person leveling the accusation was a friend, or at least, you thought he was a friend.

And the fragments would only grow as our group broke into pieces over the Bush invasion of Iraq.

My response to the Sanders’ request was to eliminate my blogroll in its entirety. I had been considering doing so anyway, because I thought it was better to introduce folks through my writing and referencing them, rather than a static list of links in the side of the page.

If you random sample my old weblog URL on the Wayback Machine in later years, you won’t see a blogroll. Hell, you won’t even see more than one page column to my site now, in deference to mobile devices.

Mike Sanders’ request was the tipping point to the decision. I didn’t want to list or be listed or be beholden or not to someone because of links or not. I didn’t want to endorse or be endorsed. If I liked what someone wrote, I wanted to point it out to folks. If I wrote something interesting, I hoped for the same. 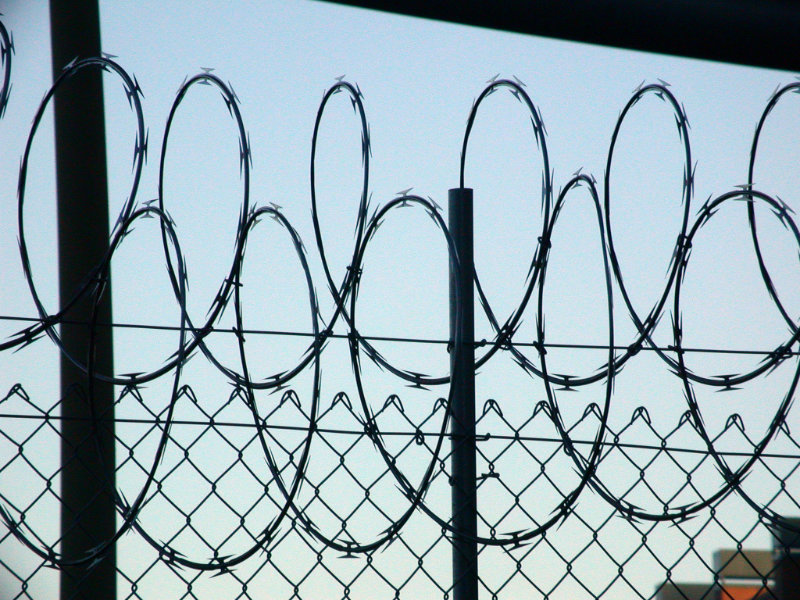 Thankfully, I never had anyone email me and tell me not to link to their writing. Perhaps this will change as I become more active in this space again.

So much writing about something that happened so long ago. And probably much ado about nothing.

Mike Sanders quit his weblog that December, but he was back weblogging the following spring. And yes, he had a blogroll, and yes, I was on it.

It wasn’t as easy for me to push it all aside, though. It wasn’t just being accused of supporting terrorists. It was the idea that someone felt that they could tell me what I could or could not do on in my own web space.

Yet here I am, on Facebook and Twitter, letting them tell me what I can or cannot do in my own space.

There’s something kind of broken about that.

I just published the second part of the essay on comments at Many-to-Many:

I hope you also take a moment to read what others have written on this subject by following the trackbacks attached to my earlier posting, and those who have trackbacked to Sam’s postings. There are many eloquent and thoughtful arguments on what is not an easy issue.