I and my roommate attended the Mardi Gras Pet Parade in the Soulard district today. It was cold, about ten degrees with the wind chill. As such, the numbers were down, but those that attended, two legged and four, had a great time.

This was my first time in this district and I loved it. You can see the same French influence in this neighborhood that defines New Orleans, which most likely explains why the Mardi Gras in St. Louis is the third largest in the country.

I imagine if the weather was warmer, there would have been many more parade members and onlookers. There is an advantage to going to events when the weather is harsh–the event becomes more intimate.

In addition to the show, I also added some of my favorite photos to the end of this post. I had a wonderful time, even if I did freeze from the toes up. I hope I communicated some of my pleasure and fun to you through the photos. 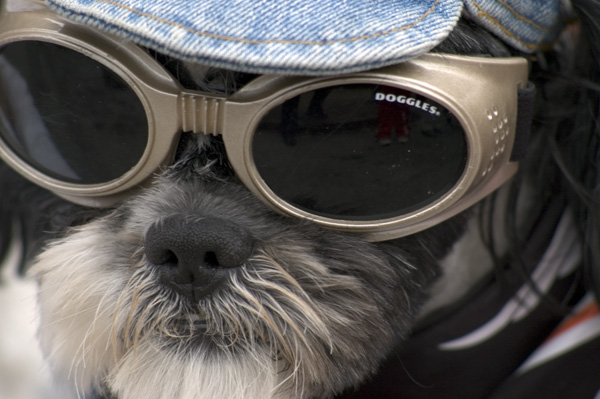 This dog was as cool as his shades. 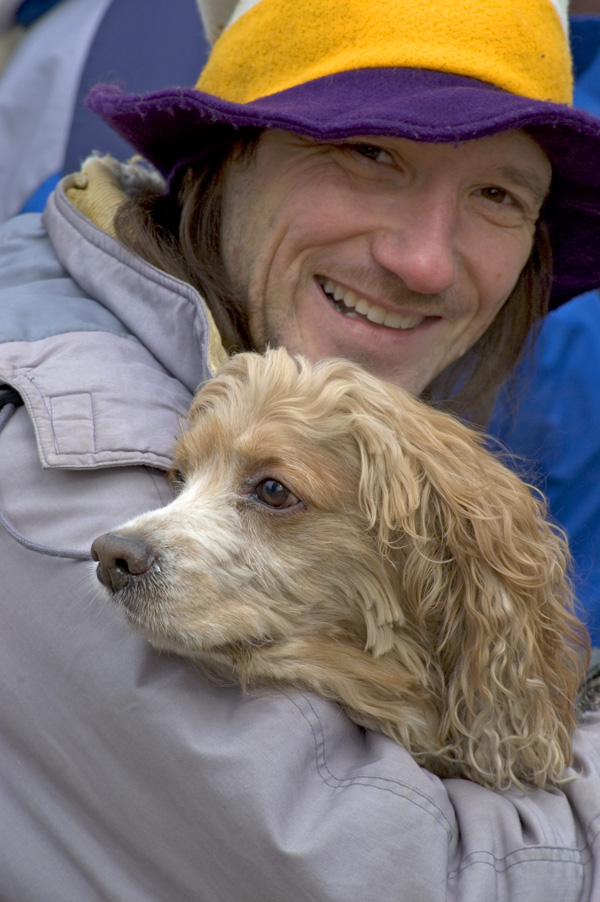 The participants cared very deeply for their pets, and this was reflected in the face of this man, holding his dog before the parade. 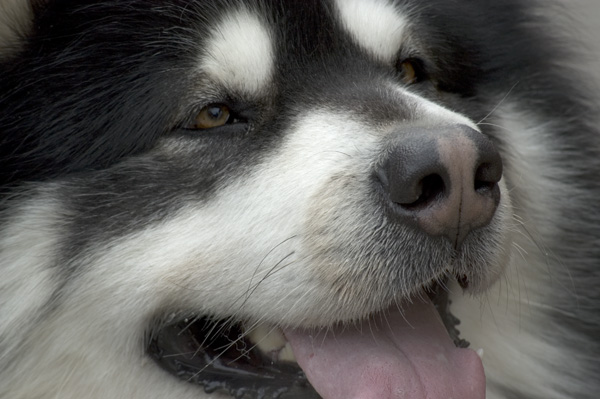 A magnificent dog, but not one that liked to be approached by other people or dogs. 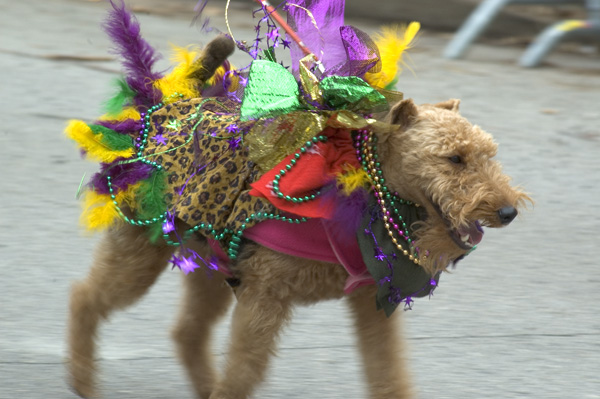 Many of the dogs had beads or only a few odds and ends tucked about their sweaters. Others, though, were dripping with Mardi Gras beads and feather boas, and so on. 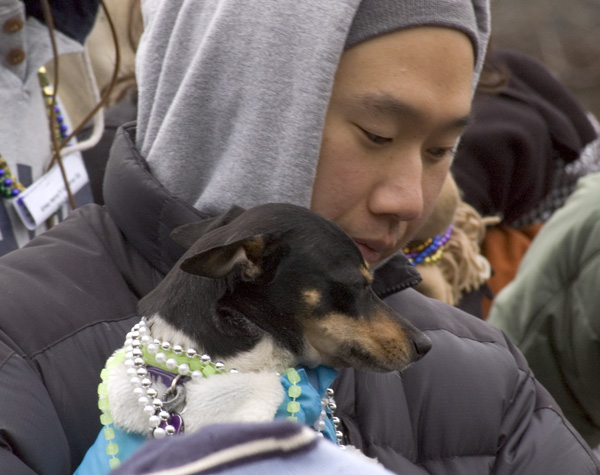 A quiet moment of reflection. 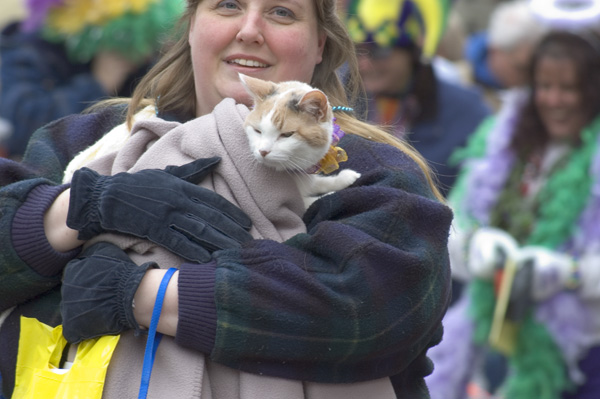 There were two cats in the parade. Two very brave cats. And one brave owner to be holding her cat. 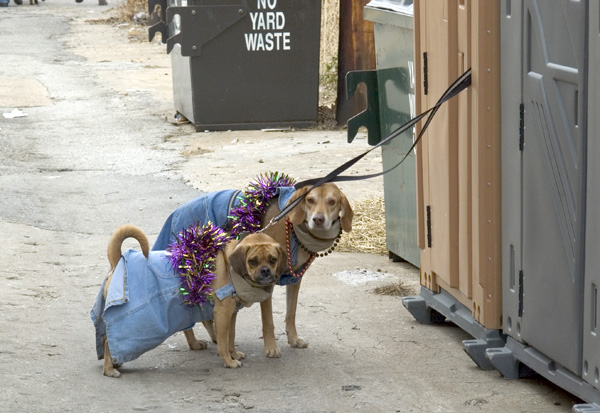 I think the reason this is my favorite is self-explanatory.