Wednesday I headed south to try out a new hike in the Ozarks. I plan on concentrating on Ozark hikes this winter, ranging out a bit from my usual St. Louis area favorites. I’ve done the Mississippi and Meramec, time for new waters.

Pickle Creek is a little-known conservation area that’s a pleasant 70-mile drive from St. Louis. The guidebook calls it was one of the best hiking trails in the state to demonstrate many aspects of Ozarks landscape, including the limestone carvings and the dark, moist canyons. The book also said the loop would be about 2 miles, which seemed like a good length for a sunny afternoon.

Once I got there, I also found it had been raining, hard, for about a week and the ground was soft, and wet, and piled high with slippery leaves. Worse, though the trail is only about 2 miles, it has some very steep portions, narrow at times, and bordering on cliffs and filled with rocks and uncertain footing.

However, it is also one of the richest hikes I’ve been on in the last couple of years, featuring limestone, rare ferns in deep woods, waterfalls, and Missouri’s only native pine. 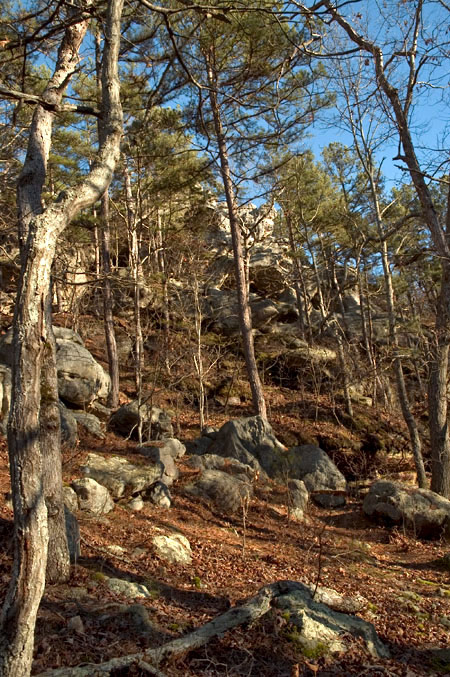 The dead of winter is now on us, and there wasn’t another living creature around, other than a few hearty spiders. Walking in Missouri forests in the winter is such a change from summer when the life can bear down on you from all sides. As much as I enjoy the Missouri green, I like walking in the winter, when the leaves are dropped and you can see the hills. And there are fewer people about.

Wednesday, though, the complete lack of any sound except for creek, waterfall, and the crackle of dead leaves underfoot was unnerving. That combined with the dark, shallow caves carved into the limestone all around made me feel oddly uncomfortable. 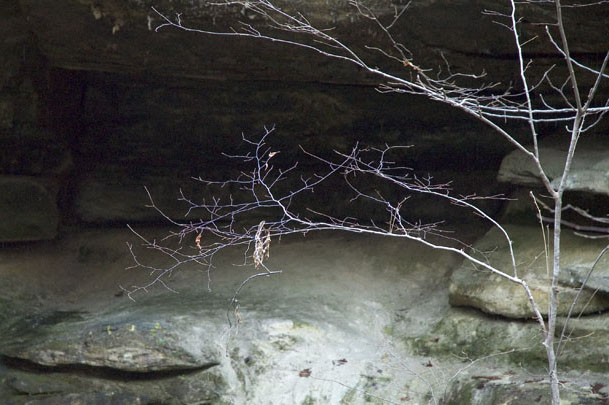 I think the effect was heightened by the trouble I was having with the footing. The path is so narrow that the sign at the trailhead points people in the direction to take, forming a one-way flow of traffic. But the drawing at the trailhead promised so much if I continued – carved limestone, waterfalls, bridges and outlooks. And then there was The Slot. 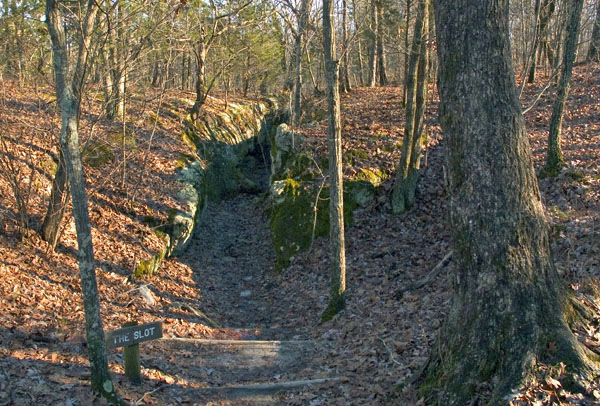 The Slot was a crack within the ground, bounded by limestone carved by a trickle of water that runs through it. You walk through this crack, the walls blocking the view from either side. The way going is narrow and covered in lichen; dark and wet, with very muddy footing from the rains.

I’ve walked through cracks in cliffs before, but never a crack in the ground; not with dark and hidden pockets just out of view, against a background of damp, dripping cold. I started to pass through but stopped, just after entering, and couldn’t continue. There is this little primeval monkey in the back of my mind that beats its tiny hands against my skull, screaming out in terror when faced with the unknown. Though I can usually calm the monkey without much trouble–throwing millennia of evolution at it until its cries are smothered by reason–sometimes the monkey wins.

Of course, I tell myself that it was only common sense that ruled my decision. After all, there was that mud, there was the slippery footing, and there was the lateness of the day; not to mention not having told my roommate where I was hiking, in case I did become injured. But I can give all the excuses in the world – it was still the monkey.

To heck with the rules that say to walk one way. The other way didn’t have any dark and gloomy cracks, but it did have limestone cliffs along a creek, carved out from time and standing like sentries overhead. They were magnificent. 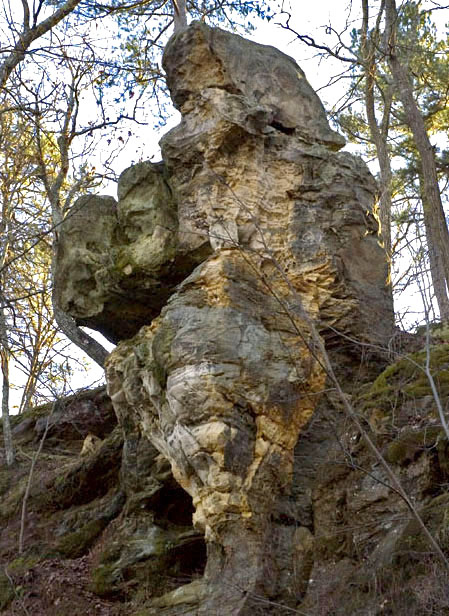 At one end of the canyon at the bottom of the trail is a creek, and a small waterfall. It was exquisite, made more so by being so delicate and light. No rushing water here, just the gentle drop of water from the top of the cliff to the ground below.

There was a hollowed out area around the bottom, and light gray sand at the bottom. Lining the walls were ferns that filled all the crannies in the rock. From an online guide, I found that wild azaleas and other flowers join the ferns in the Spring and Summer. It must seem like a land out of time when in full growth. 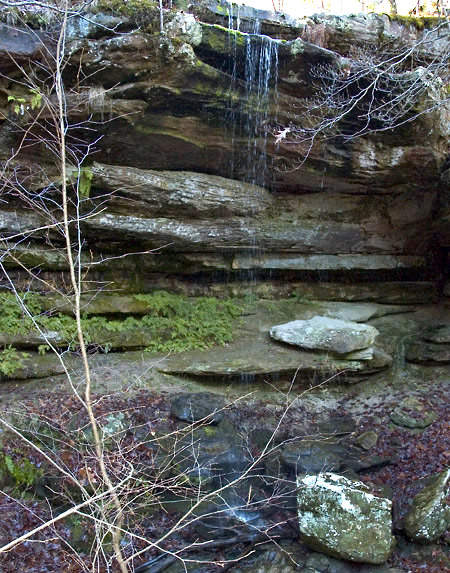 I walked until I reached what was known as the Boulder, and followed what I thought was the path, but reached some steep rocks that I definitely knew I wasn’t up for Wednesday. I was disappointed, though – I’d only managed a little over a mile of the trail, about two miles round trip. The footing wasn’t that bad; this was a level 4 hike, not a 5.

Perhaps the monkey is winning more than I realize–another aspect of getting older I have to come to terms with, like bad knees and a soft butt. Maybe next week, I’ll bring bananas with me. I’ve heard that potassium in bananas is good for the nerves. 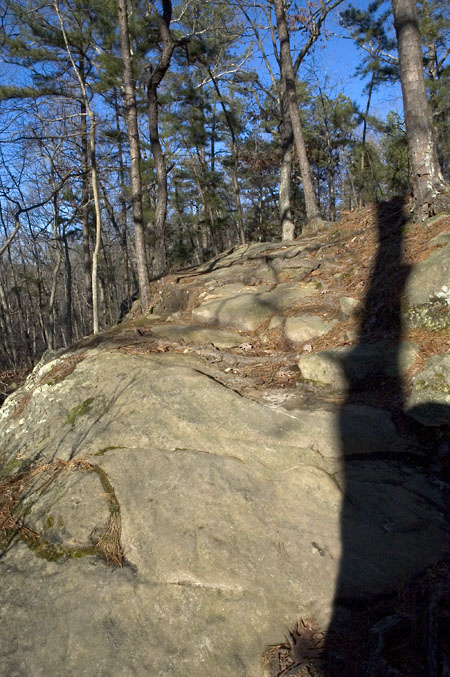