Battered into a fetal ball by waves of bad economic news, only surfacing to watch an occasional crash and bash flick, such as Iron Man, I discovered my own personal bailout via Naomi Klein’s book, “The Shock Doctrine: The Rise of Disaster Capitalism”. Oddly enough, it wasn’t something that Klein wrote (though she has many interesting points and I hope to write more on her book at a later time). No, it was a quote by the master of the Chicago School, Milton Friedman, himself, that loosed my death grip on self. As introduction to his book, Capitalism and Freedom, Friedman wrote:

only a crisis—actual or perceived—produces real change. When that crisis occurs, the actions that are taken depend on the ideas that are lying around. That, I believe, is our basic function: to develop alternatives to existing policies, to keep them alive and available until the politically impossible becomes politically inevitable.

The irony that the free market system Friedman loved so well is now experiencing its own “shock and awe”, as corporations grasp at despised government intervention, like a baby its bottle, has not escaped me. But for me, the operative phrase in this quote is “the actions that are taken depend on the ideas lying around”. This is totally irreverent to the problems we’re facing, and I apologize in advance for seeming to trivialize the very difficult times we’re all facing, but when I read this phrase I thought to myself, “Internet Explorer, your days are numbered.”

Now that the corporations are downsizing in order to preserve what they can of executive compensation, the machines on which these applications run are being sold for scrape, tossed out along with the other chaff (i.e. employees). And those still employed, frankly, have other concerns than whether IE supports opacity or not.

I don’t believe I’m alone in seeing the Friedmanesque possibilities of our current economic disaster. What better explanation for the recent production release of Google’s Chrome browser? Google released Chrome from its beta utilizing a speed for which the company is not known. After all, isn’t the GMail still in beta? Come to that, isn’t the Google search engine still in beta?

Then there’s the fact that Chrome is currently only supported in Windows, just like IE. Only like IE, as a matter of fact. No, I am sure that Google sensed corporate shock, and moved quickly to displace IE in the hearts and minds of upper management—not to mention the hearts and minds of millions of newly unemployed workers who are no longer subject to the intransigence of corporate IT. If by doing so, Chrome also kicks Firefox, Opera, and Safari in the face in its haste, eh, casualties of war.

I am not displeased by Google’s move. After all, Chrome supports XHTML and some SVG, both of which Microsoft seems incapable of implementing. However, there is some confusion about what Chrome is, or is not, capable of supporting. True, Chrome has utilized the excellent WebKit, which also serves as the soul of Safari. However, as others have discovered and my new experimentation in web design demonstrates, Chrome has a different graphics engine (Skia) than Safari/Webkit. In the interests of “stripping” down the browser to make it lean and mean for web applications, the developers also made it rather, um, unattractive. At least for now. If you view this web page using Chrome, you will see that Google currently does not support the CSS3 text-shadow property, though it does support box-shadow. It also supports border-radius, though badly—the anti-aliasing is less than optimal, as is the support for alpha transparency.

While it is true that text-shadow, box-shadow, and border-radius are CSS3 properties, and thus not part of a released specification, they are supported in Safari 3.1 (and Firefox 3.1 and partially in Opera 9.x). Because of the Webkit tie-in between Safari 3.1 and Chrome, people may be confused when what works in Safari, does not work in Chrome. Well, those people who don’t have other, more pressing, worries. 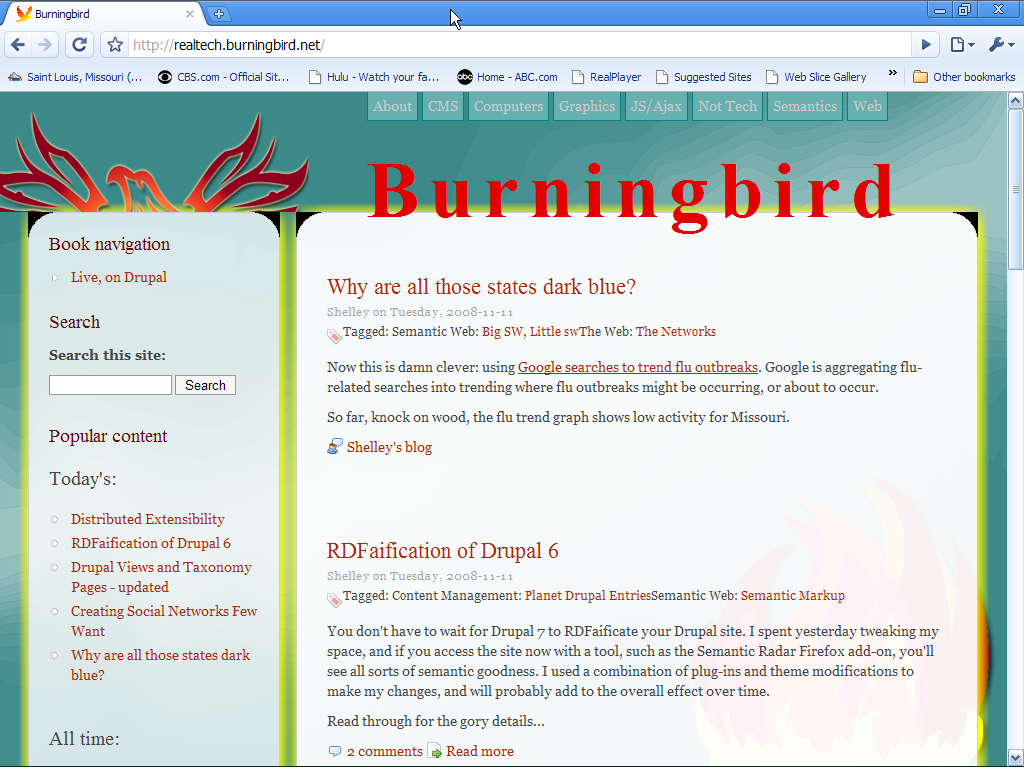