I’m postponing releasing the rest of the State of Geek essays. The timing puts them too close to other events that have happened around the immediate weblogging vicinity, and I really want them to stand alone as what they are – expressions of my thoughts and offerings of my writing.

I didn’t write them to jab at or otherwise egg on some people who are seeing these as nothing more than a reflection of them and what they’ve done. They aren’t. They are a reflection of me, and what I’m doing. And thinking.

Anyway, I apologize if you’ve been waiting for the second essay. I’ll republish the first and the rest in a week or two.

Not publishing that long essay saves room for….another rock photo! This one’s Aquamarine, and is one of my finer pieces. A big one, too, larger than my hand formed into a fist.

The Medieval era was a time rich in emotional nuance, and every act was seen as a battle between good and evil. Since these acts varied in commonality and impact – from the devastation of the plague to everyday sneezing – the emotional context associated with each was finely defined and detailed. Wickedness was ‘bad’, but it wasn’t evil.

Oddly enough, this subtle difference has lasted to this day, right along with saying “Bless you” when someone sneezes. Except now, wicked has a good facet, as well as a bad one.

Have a wicked night. 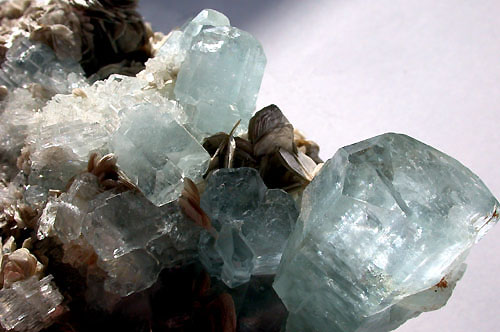