I was at the pharmacy today and stopped by the mint and gum section to pick up some cinnamon Altoids. I like all the mint flavors, but cinnamon is my favorite.

They were out of cinnamon, but did have some new flavors I hadn’t seen before, including a line of sour fruit such as Sour Tangerine and Sour Apple. What the hey, the tin is nice. I grabbed the apple.

If you’ve had Altoids you know that when the company says something is ’strong’ it’s strong. Well, the same could be said of ’sour’. I tried one of the new mints after dinner, and had to spit it out after just a few seconds. It was the most awful, sour thing I’ve had in my life. Perhaps it needs vodka to make it palatable.

I’ve never understood the interest in food that is so strong, it burns, makes us grimace, wince, or sweat. 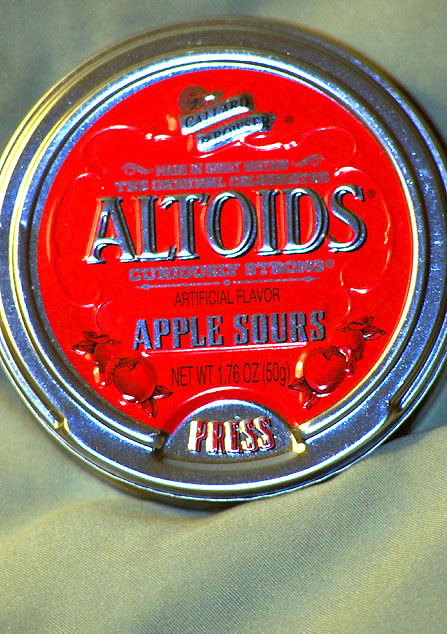