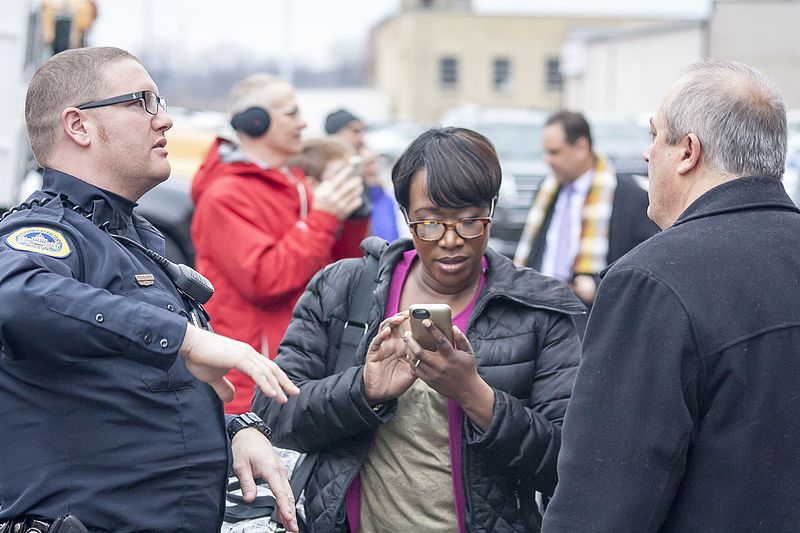 The same cannot be said for the actual Wayback Machine archives.

The Wayback Machine is an invaluable historical record of the web. Through it, I’ve been able to recover past writings lost because of all the many changes I’ve made to my web site. It’s a wonderful way of exploring the web’s history.

As noted by Chris Butler at the Internet Archives, home organization for the Wayback Machine:

When we reviewed the archives, we found nothing to indicate tampering or hacking of the Wayback Machine versions. At least some of the examples of allegedly fraudulent posts provided to us had been archived at different dates and by different entities.

Pages archived at different dates and by different entities... This statement is key to understanding the difference between Wayback Machine’s archival functionality as separate from the media’s assumption of Wayback Machine as Super Authenticator, able to leap tall metadata with a single bound!

(Do play a musical flourish in your mind when you read that last sentence.)

To demonstrate this key difference between archival tool and authenticator, take a look at one of my web pages found at the Archive.  The page is dated September 1, 2015, but was first archived by the Wayback Machine on October 12, 2015. Click the right arrow located in the Wayback Machine’s header at the top page. You’ll see that the article text remains the same through several snapshots. However, if you click the arrow long enough, you’ll get to the March 20, 2016 snapshot, where you can see that the page’s text is now different.

However, it would have been a simple thing for someone to hack into my weblog account and modify this page at a later time,  which would then be captured at some future time on the Wayback Machine…and I would have no idea that the page had been modified, and you would have had no idea whether I was the author of the changed content, or someone else. All we know for a fact is that the Wayback Machine made a snapshot of the page that looked one way at one time, and different at another time.

That Reid apologized for some homophobic comments is an authentic statement because she hasn’t denied making this statement. And if you look at one of the screenshots one can see the type of statement that Reid possibly could have made leading to this apologize. For instance, one of the pages shows Reid defending President Obama when he was attacked by the gay community before he embraced gay marriage.  I wouldn’t be surprised by this, and could easily see Reid writing what she did at the time.

However, an odd addendum at the end of the page contains a link to a HuffPo piece that goes farther in defense of those against gay marriage.  This link and the text that followed could have been written by Reid, or could have easily been inserted at a later time and we would have no way of knowing if Reid added the text or someone else. We have no way of knowing whether she wrote any of the weblog post other than we might not be surprised that Reid would defend our nation’s first black President against gays unhappy with his views at the time.

So yes, Reid could be apologizing for past content, while at the same time  denouncing as fake some or all of the content discovered by Twitter sleuth. There is no contradiction other than that in the minds of pundits seeking to find such, or journalists told to quickly put out a 1000 words on the topic.

Politically, we all evolve over time. Heck, I once voted for Ronald Reagan. Our views of gay marriage have evolved as we’ve come to truly embrace the need to protect everyone’s rights to equality regardless of our religion, our culture, and our upbringing. What should matter is what people do now to support LGBTQ rights.

On April 11th, 2018 the LBGTQ rights organization PFLAG announced it was honoring Joy Reid at their 45th anniversary celebration. In the announcement, they wrote:

“Ms. Reid has been a leader speaking out for marginalized communities, long before this challenging—and sometimes devastating—sociopolitical moment,” said PFLAG National board president Jean Hodges. “She has been a loud voice for women, people of color, and immigrants, and when the New York Times recently referred to her as a ‘heroine of the resistance,’ we couldn’t have agreed more!”

After the recent fooflah, PFLAG rescinded the invitation to Reid and deleted the web page making the announcement. However, I was able to recover the announcement page…in the Wayback Machine.

Of course, the organization has the right to challenge the authenticity of the page I posted a link to. After all, it is the Wayback Machine. All we can know is that this is a capture of a web page that existed at a specific point in time. We can’t really determine if the folks at PFLAG actually wrote the contents of the page. Or if the contents were altered by other parties at a later time.

But then, we can also challenge the authenticity of PFLAG’s decision to so quickly rip away the honor given to Reid for her activity in recent years just because of a controversy over Twitter sleuthing of archive pages from an old, defunct weblog.