I’ve spent the last week reading about the photographer Walker Evans. The more I read, the more I understand why I like his photos so much, and will have more to say on this later.

There are some excellent biographies and compilations based on Evans, but my favorite of the books I picked up from the library was a slim volume of Evans photos matched with the contemporary poems of the poet Cynthia Rylant — Something Permanent. Though a writer for children’s books, there is nothing childlike in Rylant’s poems; however, their wonderous simplicity and humor might not appeal to more jaded tastes. I liked them. Perhaps I like simplicity and humor; or perhaps I like poems meant for the Young Reader (which rather pleases me than not).

Rylant’s words complement the effect of Evans’ photos rather than overlay or alter or detract, and the book was a pure delight. You can read it in less than an hour, though I think it deserves to be consumed more slowly. My favorite approach was to turn each page and look at the Evan’s photo and form my own personal interpretation. Once finished, I would then read the poem, and it was like rediscovering the photo all over again. What an absolutely fun way to spend an afternoon, and I made a special event of it by taking the book to the park with me to sit beside the water in the sun and finish it slowly.

I’ve reproduced a few of photo/poem pairs here, and then one of my favorite poems alone (because I could not find the matching photo). 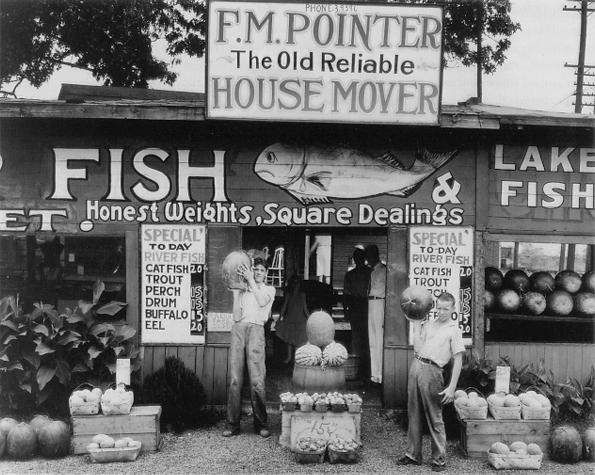 They both loved the same girl
but she wouldn’t have either of them
because she was married–
and to the store owner by god,
so it wasn’t worth thinking about.

But at night,
they each stretched upon a bed
and had her,
had her whole
and leisurely.
And when they were done,
they settled her back in their minds
like a soft peach
will disappear 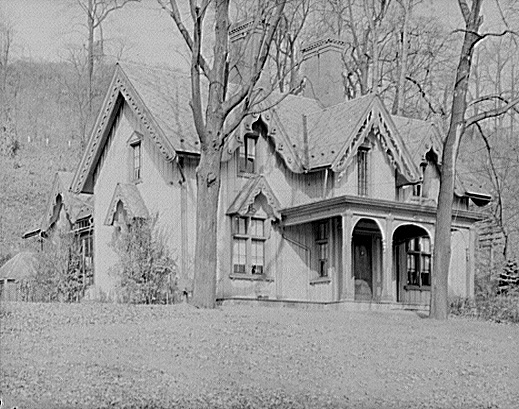 She loved it with all her heart
and on warm days would take a blanket
out into the yard so she
could just sit and look at it.

She never once complained about the
work it took to
keep it clean
nor about being so far from things,
living outside of town.
She loved it.
And when her husband said
he was taking a job in Chicago
and they’d have to be moving,

she was sick on and off for weeks
until it finally occurred to her
that staying sick would keep them there.
She developed the most awful cough,
and now and then a patch of her hair would fall out,
but she never felt so bad
she couldn’t do a little dusting.

There wasn’t a poem I didn’t like in the book, or one that didn’t make me chuckle or nod my head. Rylant’s writing, like Evan’s photos, provide a sensuously real look at the world, keeping sentiment to a minimum. By doing so, they bring a true honesty to an experience in both words and pictures. 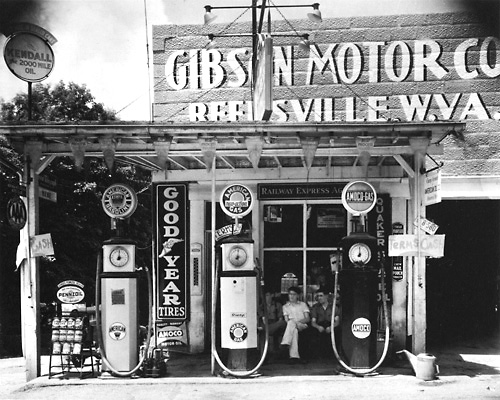 Everybody wanted that job
and when Ferrell Brown’s son

got it,
when Mr. Brown’s son got to pump gas
and flirt with the pretty girls all day long,
they all said it was a crock,
that that boy never worked a day
in his life, never had to,
with his rich daddy,
so how come he got a job that

plenty of decent boys with real
need wanted.
Then word got around about
the boy’s mother
and how she walked through that
house stark naked and
trying to hang dinner plates on the
clotheline,

and people shut up about the
Brown boy.
Real need is a personal thing,
they said.
And his mother’s a loon.