I walk at the St. Louis Zoo early in the mornings a couple of days a week. If I get there early enough, I beat both the crowds and the heat. It’s an interesting place to visit, too, in the early mornings.

This week I reached the Red Rock region of the zoo just as the keepers were cleaning some of the habitats. In the Antelope Yards, the zoo creates mixed species habitats, typically combining one or two hoofed animals and a couple of different kinds of non-competitive birds. Big birds, too. In a couple of the exhibits, the birds are the largest animal.

When the keepers clean the habitats for some of the smaller animals, they don’t remove the animals or the birds. I’ve never seen more than one keeper at a time cleaning, either. However, in my last walk, as I reached the second of the Speke’s Gazelle habitats, I noticed two people cleaning rather than one. A few minutes watching and I discovered why.

The second of the Speke’s Gazelle habitat has two large Saddleback Storks in with the gazelles. I don’t know exactly how tall these two birds are, but they weren’t much shorter than the keepers cleaning the habitat. They also have very long beaks.

One of the birds was indifferent to the keepers, but the other one followed the keepers about the area, keeping an eye on what they were doing. 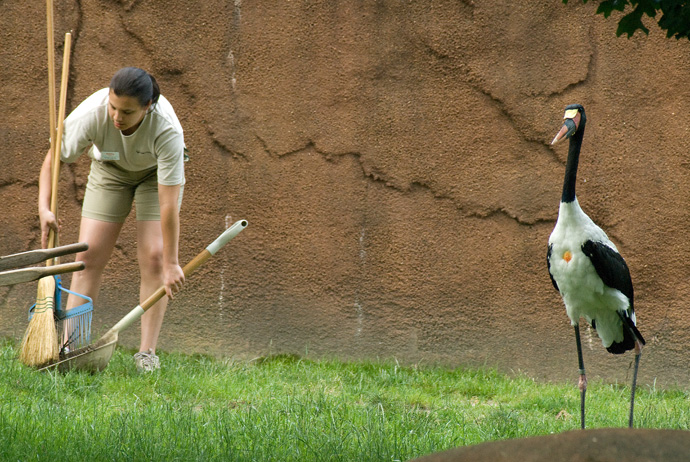 As the keepers would clean, they would keep their fronts facing the bird. After a few minutes I had a hard time keeping from laughing, because the scene was incredibly comical⁚ bird oh-so-casually following keepers; keepers always maneuvering themselves so they faced the bird directly.

The bird never made any threatening gestures or sudden moves until the keepers were almost finished. While moving toward the door to leave the habitat, one of the keepers passed the bird and turned her back on it for just a moment. The bird whipped around so fast all I could do was capture a blur of movement with my camera. However, as soon as the keeper turned her front towards the bird again, the stork went back to its casual, seemingly unconcerned, but unnervingly persistent stalking. 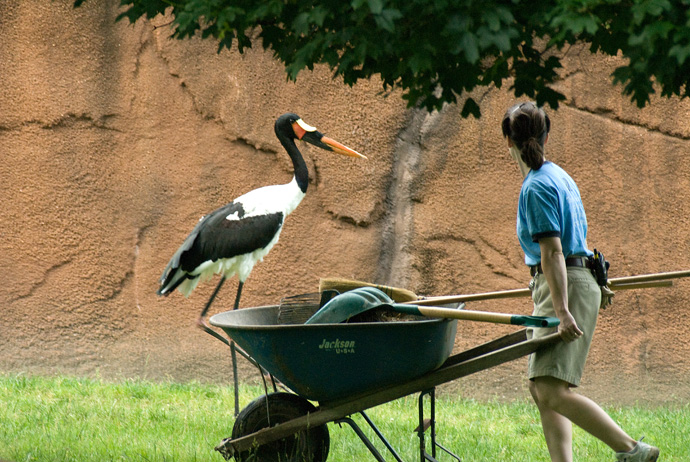 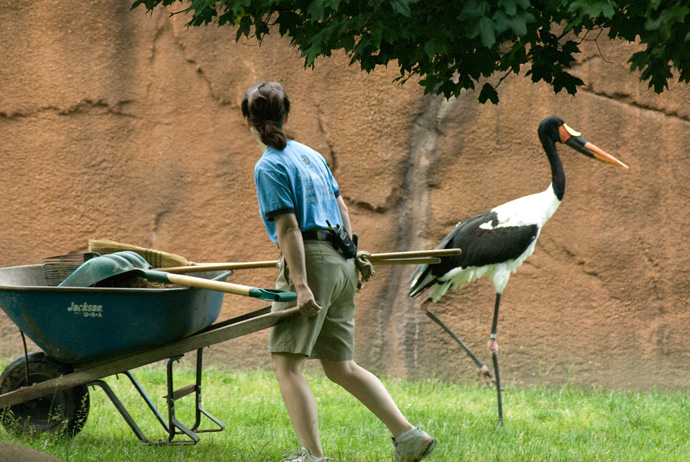 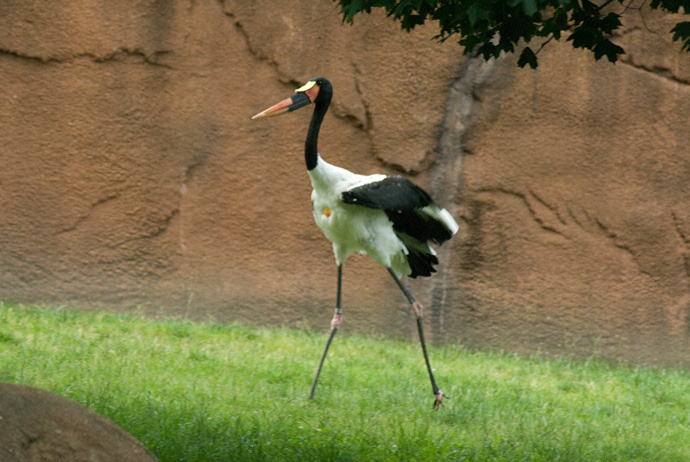