I like walking at twilight. One can think without being interrupted by joggers running past, plastic workout pants rustling as they rush by; or couples out for a nature walk, talking about anything but nature, looking anywhere except at a tree. Only the serious come out to the forest at twilight. 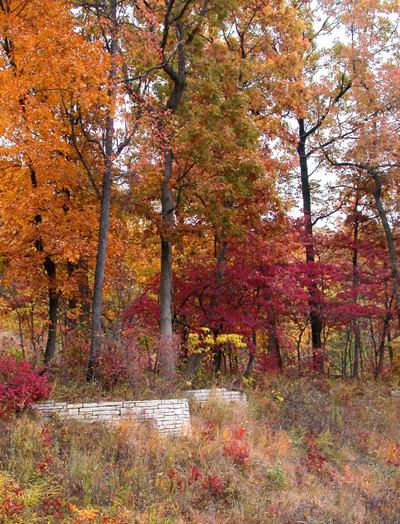 During one walk last week, deer appeared here and there all along the trail, starting with the two buck wondering in the bushes close to the trail as soon as I crossed the bridge entering the preserve; ending with several deer around a watering hole near the end — mere mists of gray against a night darkened forest. 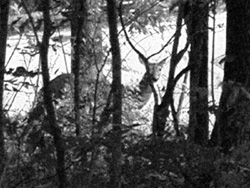 At one point I was walking down a steep hill and a doe, startled by my sudden appearance, burst out of a bush right next to the road and started to run. For some reason, I called out to her. And for some unknown reason, she stopped, turned around and looked at me. We stood there a moment looking at each other until she slowly turned away and re-entered the forest.

I did meet a few people during this particular walk. One woman and I both paused at the same time in front of of a hillside, several deer dotting its slopes. We looked at each other and smiled — what more needs be said? At another bend in the trail, when I was watching yet another deer, a guy walked past and said quietly, “Pretty, aren’t they?” I answered, “Yuh.”

Witty repartee in the woods. 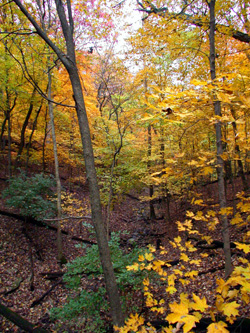 I went back to the trail today to check out the fall foliage. The woods were beginning to get colorful last week, but I wasn’t prepared for what I saw today. As I drove up old Highway 66 heading to the preserve, I almost wrecked the car when I drove over a hill and the forest unfolded in front of me all at once. Brilliant, brilliant color, everywhere. Scarlet, gold, orange, green, browns, and every nuance of shade in-between.

When I entered the forest, it was like being wrapped in the warmth of glory.

Surrounded by such vivid colors one almost doesn’t feel the chill of the Fall air, but today’s walk was cold, so much colder than last week. Because I was there earlier in the day, not many creatures were about; a few squirrels and birds, but no deer. Nature gives its treats out sparingly: deer or fall colors.

During the walk, I would stop under the large trees when the wind blew, and let the leaves fall down around me as one would drop a curtain around a canary’s cage to stop its song. I stood with upturned face as they fell, faint whispers of sound moving past. 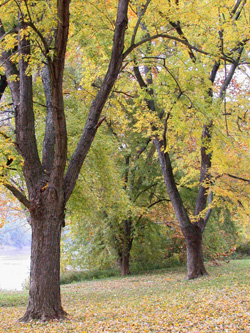 Caution was required when walking today as the wet leaves on the paved surface of the trail made it very slippery in spots. I visualized myself falling, breaking something, unable to get out, calling weakly for help.

Well, no, this wouldn’t happen. I don’t break when I fall, I bruise a bit and bounce a bit, usually equal parts of both. And someone in plastic workout clothes would have come along directly; we could only hope they wouldn’t vault over me leaving me crying piteously in their wake.

However, the faux risk did give me the illusion of being “in the wild”. 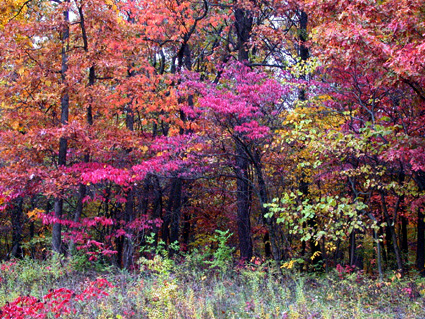 Today at the watering hole I found a dismal dark muddy green pool of water. How different it appeared from last week, when viewed in shades of night time gray, circled by deer with white around their eyes and flicked on their tails.

A curious thing happened during that twilight walk — I saw one of the deer scratch its neck with its back foot. I know this is a normal thing to do, all creatures scratch themselves. But in all the times I’ve seen deer, I’ve never been near enough to one in such a way that it was comfortable enough to do ordinary things, and I could see them. 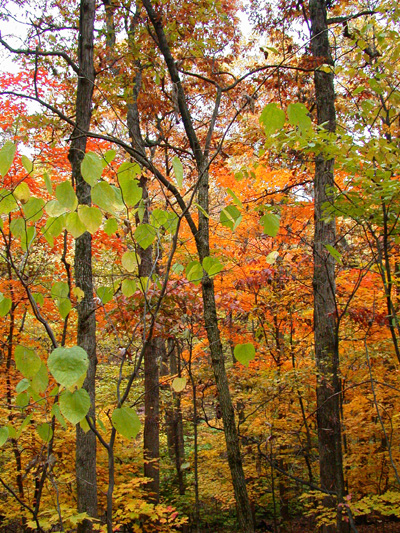 If I were a marketer I would say, “Yes ladies and gentlemen. You, too, can have peaceful moments, and be rained on by golden leaves, and look into the gentle brown eyes of a deer only feet away just for the low cost of…?” All this talk of money, and making money, when there’s so much around us and the only price we have to pay is a little of our time. 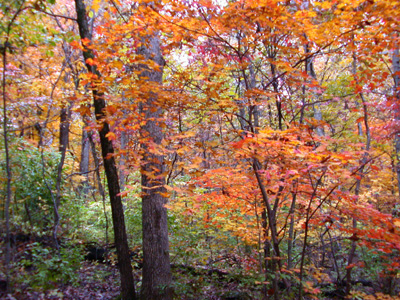 Next week when I go back the leaves will be mostly gone, and the sun will finally have its way with the ground. The deer will move deeper into the woods to forage. Too soon, the forest and the bushes and the pond will lie under a blanket of white, and all will sleep. 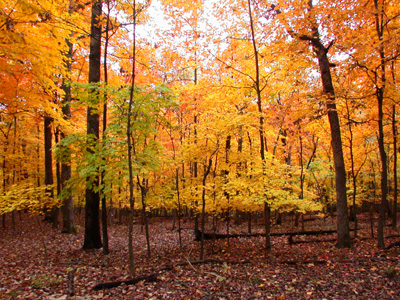 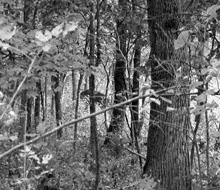