Little Eva died today. For those not into old 1960’s rock n’ roll, Little Eva was a Motown singer who did a great, great song called Loco-Motion. I haven’t heard this song for years, but just the title brings back the tune. And the words:

It even makes you happy when you’re feeling blue. Still works after all this time. Rest in peace, Little Eva.

(Thanks to reading & writing)

Thanks to Doc I found out about an exchange between Frank Paynter and Tom Shugart regarding Tom’s posting in response to Jonathon’s fundamentalism post. (Tom had a couple of additional postings on this, but the Blogger permalinks seem to be screwed up. Frank, also, has continued this. Jonathon is wisely staying out of this fest, choosing instead to write about less flammable issues.)

Frank says that Jonathon and Tom are “rooting for the Bush team” because of their expressed views on peace protests, if I understand the discussion correctly. In a follow-up post, he also writes:

I believe that by acts of mass demonstrations and civil disobedience we may yet break the stranglehold of the media oligopoly and inform our fellow citizens of the great evil being perpetrated on the world by the Bush regime under the guise of American patriotism and self protection.

And I think that is the choice. You are either with them or against them. Any hand wringing about how the war was bad but now we owe it to the people of the region to help them rebuild begs the question of who benefits. Will the Iraqi people be any better off with our support than they would with the support of the European community? Not. Who benefits is the cartel that provides reconstruction services… the Halliburtons the Bechtels, the whole Bohemian Grove kaffee klatch.

I believe from what Frank writes that I must also be said to be supportive of the Bush team. (Note to readers: No real worry here.) I also stopped supporting the peace protests when I felt they did little good. And I won’t attend the ones this weekend because, to me, they lack focus and discipline. Are we protesting to support Iraq? Or against Bush/Cheney/Rumsfeld/Ashcroft? Are we for UN? Or against the Patriot Act? And before you say the lines are clear on all these issues, they aren’t. The ‘peace movement’ needs to make a decision about what the fight is, develop an effective voice, and then stick with it.

Frank’s reasoning is based on the old adage, if you’re not with us, you’re against us. We’ve seen this on both sides of the fence this last year, haven’t we? We’re all so sure we’re right. Doc talks about ‘certitude’, and in a play on words, calls the participants ‘certitudes’. He wrote:

It’s about partisanship and paranoia. To me all the certitudes are equally off base because they’re convinced the Other Guys are part of some big-ass Conspiracy, or are what Craig Burton calls EWBU: Evil, Wrong, Bad and Ugly.

Doc, can’t say it better than you write good. Certitudes. For women, would it be certibo—, uh, never mind.

Doc makes a good argument, but I’m not nice like Doc – I don’t call it certitude, I call it pig-headed dumb-ass stubbornness. Regardless of whose spit is flying through the air. Including my own.

Peoples, said once before and worth repeating again – we need an end to the rhetoric. An end to the accusations and the blame, the finger pointing, name calling, and petty squabbles. This is not helping anyone.

Point blank: if you can read this, you’re doing better than the people in Iraq. They’re the ones with the right to complain – we’re just along for the ride. It’s time to figure out how to help them. Tomorrow we’ll fight the evil empire, but tonight, dammit, people are dying.

Yes, we are not all going to agree, and we have different agendas and objectives, and yes, even different fights at times. And this includes different opinions about marches and protests. However, I don’t think there’s a one of us that doesn’t want the best for the people of Iraq right now, regardless of the events leading to this moment. Agreeing to this one point is not selling out, or going over to the enemy, is it? And it’s a start, a follow up to a belief that there’s hope.

This disturbing exchange between virtual friends did me in on politics for a bit. In particular, the last posting and story has made me yearn for some quiet times. I know that a silver harp isn’t the same as an Iraqi’s life, young or old, but the thought of the harp gone forever, or worse, the clay tablets with humanity’s oldest writing destroyed, well, sorry, but I’ve hit my temporary overflow point.

On Tuesday, if I get my eagerly anticipated but not yet arrived final advance from O’Reilly for Practical RDF, I’m heading to San Francisco to see what I can grab from my storage unit. In the meantime, I want to focus on other things such as my photography and poem pairs (this is becoming an obsession). And Steve’s hopefully continuing with his discussion about weblog writing as literature.

Maybe I’ll see if I can find a set of duck footprints to photograph for Dorothea. D, would geese do, instead? 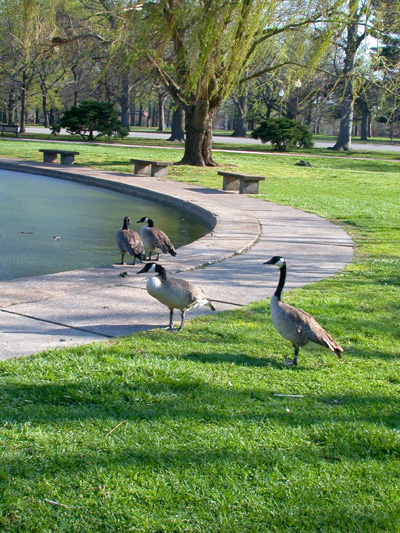 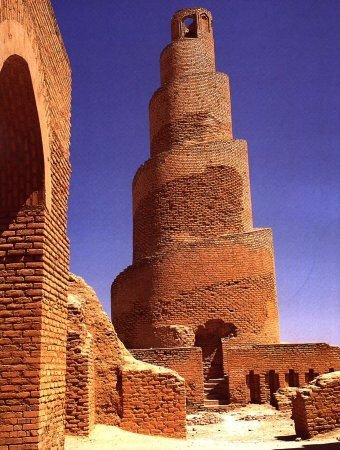