I know that many people don’t approve of zoos, but the St. Louis Zoo is one of my favorite places; especially yesterday when there was only a handful of people walking about. The trees are decorated for the evening Zoo Lights, but on a dark and dreary day you can benefit from the lights almost as much but without the crowds.

With the cooler temperatures and the growing lack of people visiting, the animals come out more in the winter and take almost as much interest in the few visitors, as we do in them. You also have a better chance to talk with the keepers during ‘off season’.

It was from a keeper that I found out that the two grizzly bears are named “Bert” and “Ernie”. They’re now 15 years old and over 900 pounds each, but when the zoo got them, they were orphaned cubs from Yellowstone. The keeper was throwing them hard shelled nuts to entertain them, keep them active and foraging. She told me about standing next to the gate in their enclosure and how their heads were this big around, as she held her arms wide.

Bert was friendlier than Ernie, but he didn’t like the flash. That’s good to know if I’m in the wild and happen to run into a grizzly: they don’t like camera flashes. 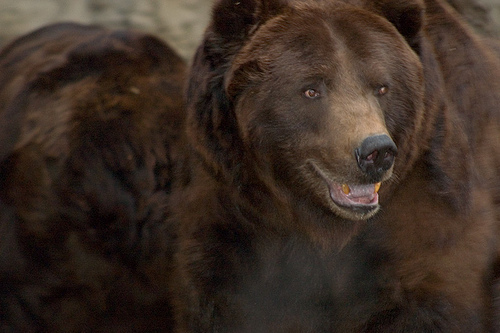 I was able to get a couple of fairly decent photos of American White Pelicans. 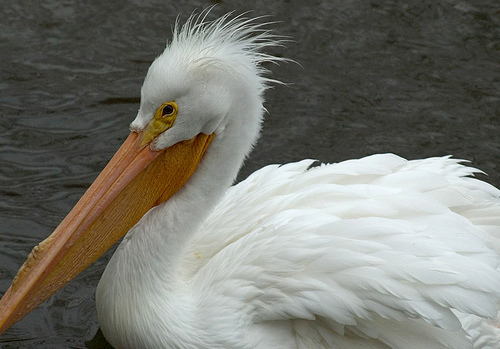 Yesterday I discovered the Cypress Swamp; an enclosed habitat featuring birds found in the cypress swamps in our area. I was able to get a nice photo of a heron while there–something I’ve not been able to do as well in the wild. I know that getting photos of animals in the wild have more ‘value’ than getting ones of those in captivity, but I do love taking pictures of animals regardless of location. Does it really lessen the photo? 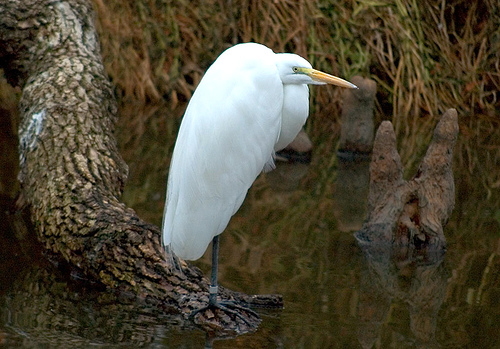 The transcaspian urial in particular were much more active in the cooler weather; climbing all about their duplicated mountain in their compound. At first, I thought they were statues when I saw them high up above the ground, on carefully crafted indentations in the ‘rock’. I was particularly taken with this handsome fellow and his curly horns. 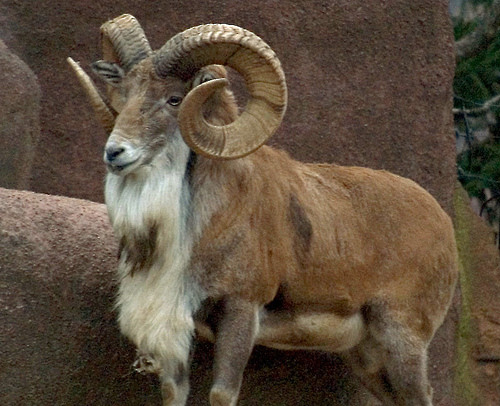 I haven’t been able to find out my favorite camel’s name, so I call him Bud. He was in fine, foamy form on Saturday and kept following me, hoping I would have a nice tidbit for him. The foam is natural for a Bactrian camel and results from their rather abundant saliva. So much saliva that desert dwellers sometimes capture it in a cloth for drinking. 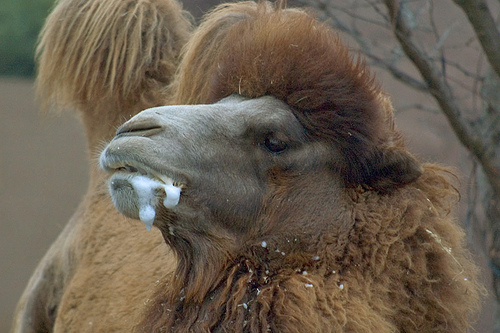 The sea lions were in full voice, most likely demanding their own dinner. Yesterday was very cold and there was hardly anyone about and I imagine the afternoon feeding show was cancelled and chow hadn’t arrive yet. This disruption in their routine wouldn’t please this highly vocal crew. 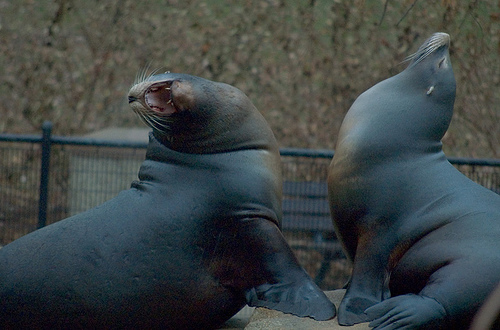 Either that, or they also liked the cooler weather. 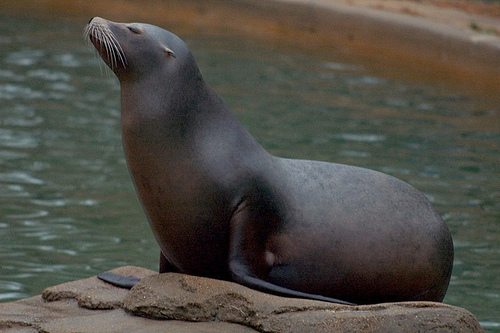 I haven’t once been able to see any of the apes at their new Jungle of the Apes habitat. I think it’s going to take a good long while before they’re used to it; their previous habitat was enclosed. 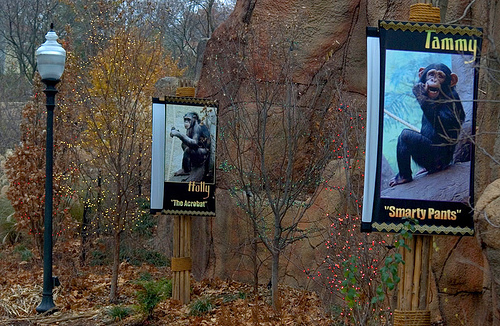 I doubt I’ll go down during the evening for Zoo Lights. I go for the animals not the crowds. If I can get my tires replaced relatively soon on my car, I’ll also head out and see what I can spot ‘in the wild’. It’s almost time for the bald eagles.