The shootings in Kirkwood happened about five miles from us. Kirkwood borders our community. My roommate and I were both shocked to hear of the shootings last night, especially since Kirkwood is considered a healthy, somewhat affluent, long-time community. It has great schools, thriving local businesses, good homes. What would make a man like Charles Thornton commit such an act in this quiet little community outside of St. Louis?

What confuses me more is the killer’s brother seeming to justify such killing. “Going to war”, over what? Parking tickets? Construction without permits and in violation of city building codes? Because he couldn’t disrupt community meetings?

In one of the local forums, a couple of people who were familiar with these community meetings mentioned that Thornton thought the community leaders were racist and were targeting him because he was black. That’s a serious charge, and if true, he should have worked with the state Attorney General and others to investigate whether prejudice was a factor, and he was being targeted. Yet he, seemingly, did nothing except show up for the meetings and call the council members and the mayor donkeys and accuse them of “plantation mentality”, bray during the meetings, and refuse to leave the meetings until he was arrested.

A St. Louis Today article did get more specific, and stated that he felt he was being targeted for performing work without a permit and parking tickets. His mother states that it was wrong for him to kill, but it was wrong for others to drive him into killing. His brother mentioned that he was frustrated because he didn’t know the law.

Driving him into killing? Doesn’t know the law?

At one of the St. Louis Today talk threads, one person wrote:

Perhaps some of the prayers should be reserved for the cause of this event. The focus is always put on bullying in schools but what happens when those bullies grow up and then take positions on City Councils, Business Mgmt, etc.? They obviously pushed this man too far for someone to take this extreme measure. Kirkwood has a tendency to be uptight whites that have an issue with feeling superior to everyone else and I would say that attitude is common in several sub-communities in the St. Louis area – i.e. Chesterfield, Sunset Hills, Town and Country….. These communities need to look at how they are viewed externally. Sure many native St. Louisan’s have this problem also so they should step back also and realize in the grand scheme of things they are really nobody to push anyone else around.

First, and foremost–no one would take a gun into a city council and shoot people who is not mentally unbalanced. There is no ‘pushing’ into this kind of action. There is no excuse for what Thornton did, and I would be appalled at anyone who would think this action somehow justified.

I wonder, though, at the repercussions from this event. St. Louis and the surrounding communities do have problem. There isn’t enough diversification. The lines between black and white are too sharp. There is a tendency of the white governing bodies to ignore the black community and the problems of poverty that plague much of the community. Worse, there seems to be an underlying belief on the part of some community members, black and white, that nothing can fix the problems we have. That this community-based segregation will never end, never go away.

From what those who knew him have said in forums and elsewhere, Charles “Cookie” Thornton was a successful, well connected community member, with a loving family and friends. To go from that to cold bloodily shooting several people, killing at least five, is a disconnect I just can’t bridge with what we’re reading in today’s news accounts. I have a feeling this is only the start of the story.

Sad and troubling times in the neighborhood.

One year ago, a billion gallons of water poured down a mountain, scraped away the dirt, the trees, the rocks, and any living thing in a flood of mud and debris. It landed at the entrance to Johnson’s Shut-Ins, slammed into the hill on one end of the park, swirled around taking away every last bit of the Ranger’s house, including the ranger, his wife, and their three small children.

A pickup and a large truck on the road suddenly found themselves adrift in the early morning darkness, as water shoved them into the field across from the Shut-Ins. A dump truck managed to stay grounded.

The water poured past and through the Shut-Ins–ripping away the campgrounds, pouring over the endangered fens, splashing against the hills on either side; dumping five feet of mud and boulders the size of cars in its path.

The residents of Lesterville waited, anxiously, to see if the lower reservoir held. It did.

If this had happened in the summer…

If the reservoir had not held…

More on the lawsuit

Ameren’s Press Release on the lawsuit

I went to the Forest Park Balloon Glow tonight. I didn’t get many good pictures–it was very crowded. My roommate went with me, and it was nice to have the company. We got lost afterward because our usual route home was blocked.

I picked out photos that I thought would tell the story of the evening. 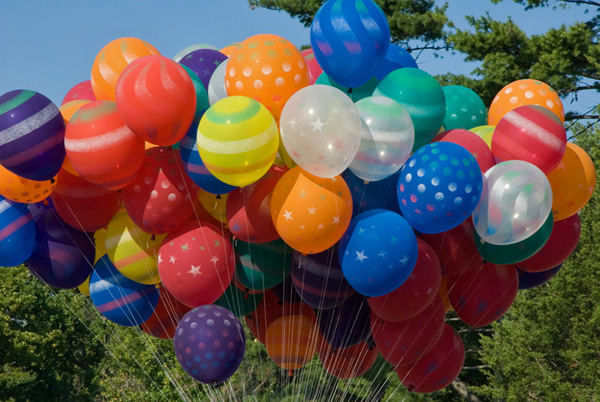 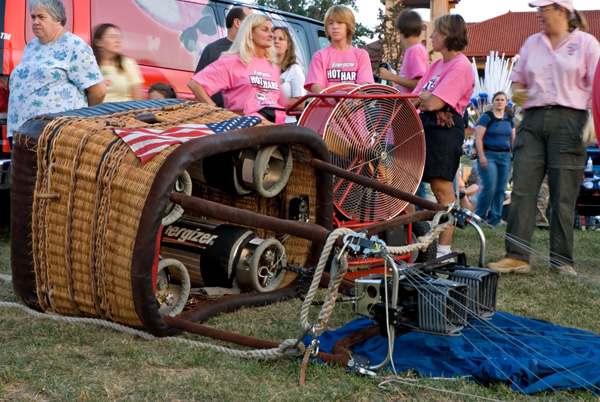 (Check out the gas canisters for the Energizer Bunny balloon.) 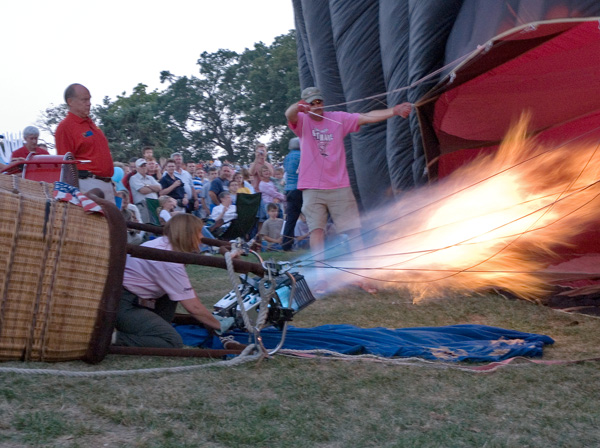 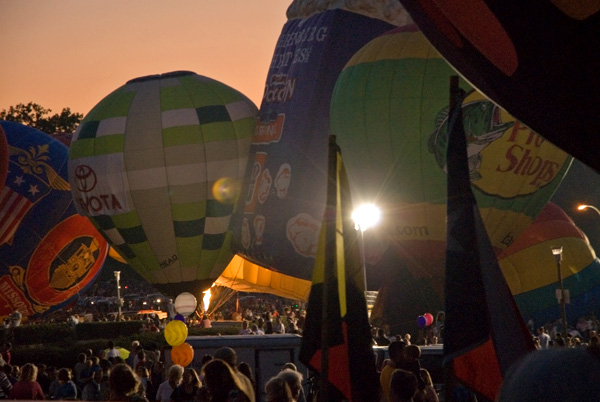 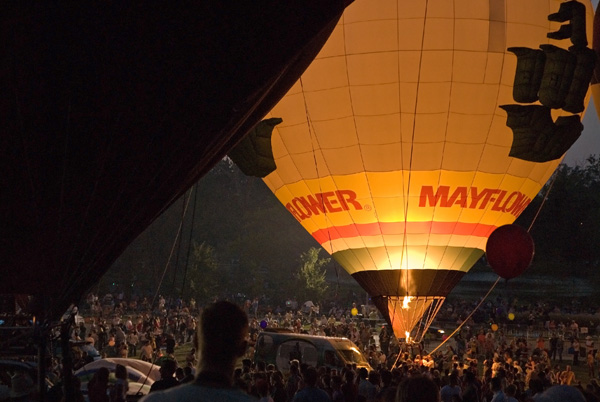 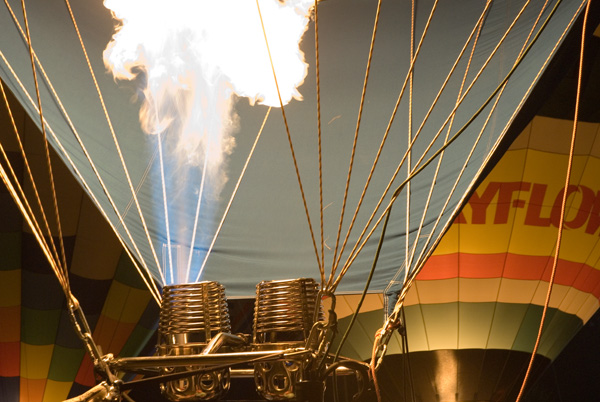 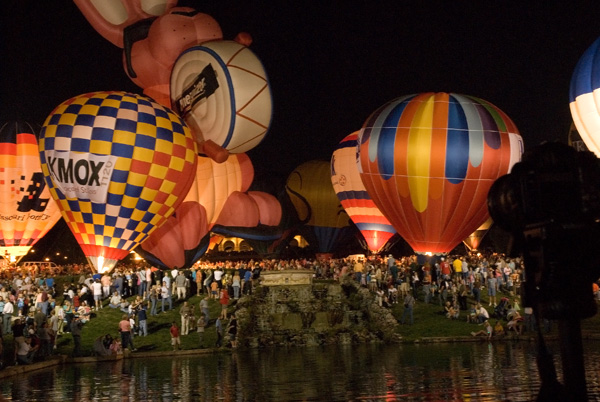