I am very interested in Internet of Things, DIY, and smart home gadgets. I recently created a new web site, Hack Your Home, both because I wanted to grab a .space domain, and because I wanted to record my new home ownership experiences in one place.

My most recent writing, SmartThings Hub and Samsung SmartCam for Security (with a little Google OnHub action thrown in) covers the set up I have to secure our basement entrance. Let’s just say if anyone enters our home via the basement door or window, they won’t do so unnoticed.

I’m also fascinated by the new microcomputers and microcontrollers such as Raspberry Pi and Arduino. Over time, I plan on incorporating them into the fun, and providing associated how-tos.

The site won’t only be about gadgets. I’m also covering experiences with contractors, aided and abetted by the contractor web sites such as Angie’s List, as well as search engines. The latter has changed home ownership to a remarkable degree: no longer are we neophytes, tender bait for less than scrupulous electricians, concrete companies, and landscapers. Knowledge is still the most powerful tool we have.

Oh and pictures. Thanks to my Nikon P900, I have discovered my back yard is a jungle

I have a Samsung SmartCam that’s monitoring our basement entryway. Though the camera has a motion sensor, my smart home hub, SmartThings, doesn’t yet use it. We’ve been assured that a future upgrade will incorporate support for the camera’s motion sensor. Right now, I’m using a SmartThings motion sensor.

The motion sensor monitors all basement motion in the evening or when I’m away. If there’s any motion, it sends me a text alert, turns on all lights that are currently connected to my hub (most of the house), and records a video clip of the motion using the camera. It also incorporates buffered video of the 15 seconds before the motion. This video clip is attached to the alert that’s sent to my cellphone. It’s also attached to the alert in the SmartThings app.

It works remarkably well. If we’re home, all the lights coming on will definitely wake us up. They should also give anyone breaking in pause before continuing. And the triggering happens immediately. The lights will still come on when we’re away (to scare whoever is breaking in). But when we’re away, we’ll also have the video so we can check if the motion was triggered accidentally, or we have a problem and need to call the police immediately.

I turn the camera on at sunset and off at sunrise using an IFTTT rule.  I also use the SmartThings Smart Home Monitor smart app to monitor the motion sensor in the basement, and part of its alarm notification process is to grab a clip from the camera (in addition to the lights and text message). This is a premium service that’s free until the end of 2015, and which will cost $4.99 a month starting in 2016. 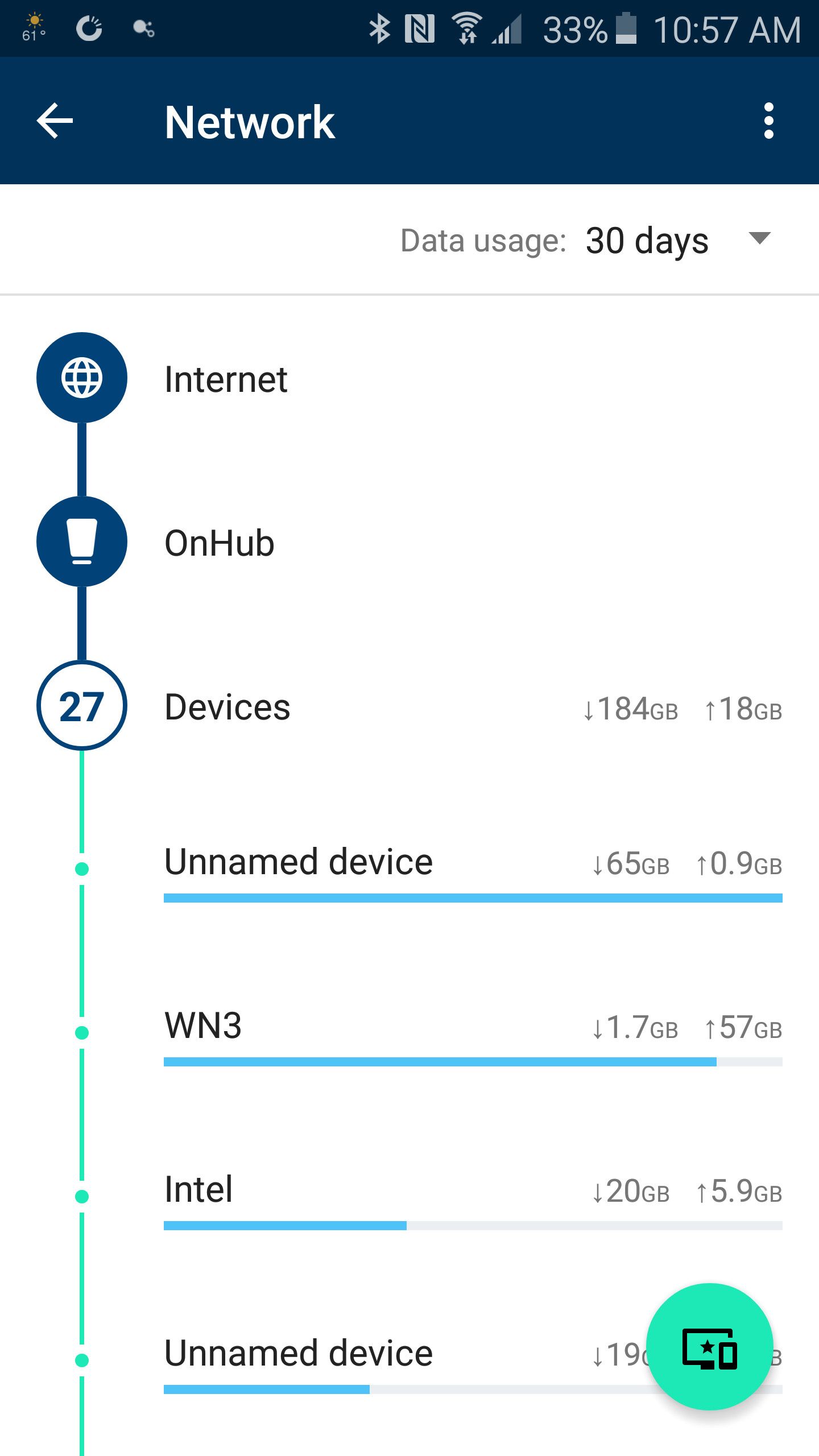 The lights, themselves, are a mix of switch, bridge, and bulb. I am using Cree light bulbs, several GE z-wave light switches, in addition to a Philips Hue Bridge and bulbs. The Hue bulbs are outdoor lights, and I’m changing them to red during an alert. Otherwise, they’re normal white during the night, and off during the day.

The brains of the entire outfit is the SmartThings Hub. Well, and me. Primarily the Hub, though.

How-to: install the motion sensor and Samsung SmartCam as Things in the SmartThings Hub. Add them to the room (in this case, our basement). In the Smart Home Monitor, click the gear box and then create a Custom rule. I use a Custom rule because I can set the monitoring to happen only at a certain time. In the page that opens, add a New Monitoring Rule. In the next page that opens, select your motion sensor.

Next, configure the device by setting its type and in which mode it’s active (Night and Away), and during what times. In the next page, configure the Text & Push notifications, Alert with Sirens, and Alert with Lights.  You can also select the camera to use during the event. In my case, I’m setting up a push notification, turning on lights, and using my basement camera.

If you want different times for different modes, you can create multiple rules. For instance, I could use the Security routine to monitor the motion sensor 24 hours a day when I’m away from home, and reserve the Custom rule for when I’m home.

I recently received the SmartThings Hub v2, as well as several sensors and light bulbs. It’s been a gas putting all the things together, trying them out with my Amazon Alexa, as well as trying out the different SmartThings smart apps.

I connected IFTTT to my ST hub, and it turns on my bedroom and office lights at sunset. Another app has a motion sensor monitor the basement at night and if motion is detected, every light controlled by the Hub is turned on and a text sent to my phone. If I’m away from home, the text message also includes a one minute video clip of the intrusion.

It’s fun, useful, and fascinating to see all the pieces come together. But it can also be frustrating, too, especially for a ST newbie, such as myself.

Today I was experimenting with a smart app to use a light as an alarm clock—having it come on gradually over 5 minutes. I ran a test case on my light in my office, just to see how it worked. It seemed to work fine, but something I did  triggered it to run again. It turned on the light, I used the ST app to turn it on again. The app immediately turned it on again, and I turned it off again.

This on-off-on-off battled continued to happen for another five minutes, as I tried to figure out how to turn the smart app off.  Eventually, I uninstalled the app.

It gives one pause in one’s enthusiasm for a smart home when one realizes that one has been having a heated argument for several minutes with a light bulb.