In the golden age of the Internet, Netscape was the darling, the poster child for the Dot Com Boom. My first server-side development effort was based in Netscape’s LiveWire technology, which eventually went on to become the Netscape Application Server. My second book I wrote was on Netscape’s JavaScript.

My interest in RDF started because of the use of RDF within the early implementations of Mozilla. I defended Mozilla when others criticized it. I pushed back at the drive for standards when people used this to question Mozilla’s direction.

A member of the Mozilla team, a Netscape employee, made a trip to a hotel I was staying at for a conference to leave me a T-Shirt as a thank you for my support.

Mozilla will stay but Netscape is gone. This is the true end of the Dot Com era. This is when we know that not only is the roller coaster ride finished, but the roller coaster itself has been closed down for being a little too fast, and a bit too scary. 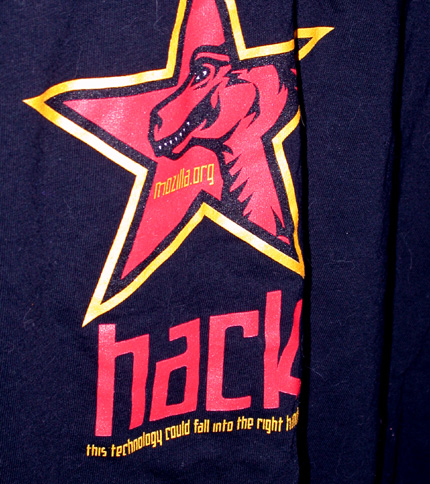