Yesterday afternoon I walked my next section of the Katy Trail, starting at Matson. The day was warm, somewhat humid but manageable with clouds threatening at times to rain.

The drive out was not uneventful. I’m beginning to think that all drivers have so many close calls they must experience in their life, and since I started driving much later, I’m getting them all now. Either that or I like to drive too fast. 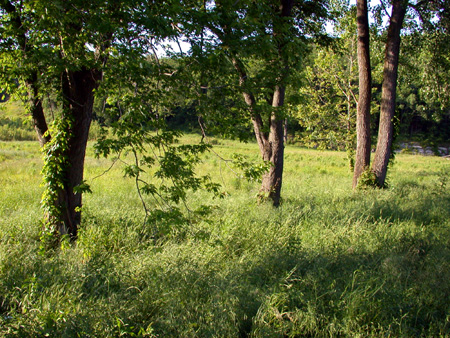 Anyway, I was driving along I64 heading to Highway 94 following a pickup truck hauling some kind of trailer full of stuff when all of a sudden the top of the trailer blew off and it started losing its load directly in the road in front of me. There was what looked like large sheets of Masonite, big tree branches, aluminum siding and all sorts of not car friendly objects. Luckily I was far enough back from the trailer not to get hit directly from the stuff, but I was close enough to watch the Masonite hit the road and break apart into big pieces.

“Sh…”, and swerving around the bigger pieces, trying not to run into the semi on the left of me as he was doing some serving on his own and for a minute there was a group of us doing this oddly beautiful dance around the debris and each other but, luckily, no one stomped on their partner “..it!”

The semi, dragging pieces of Masonite in its wheels, signaled to the truck that it lost its load and just as I was moving up to let him know that he needed to pull over, I saw his emergency lights go on and he started to slow down, move over to the shoulder. 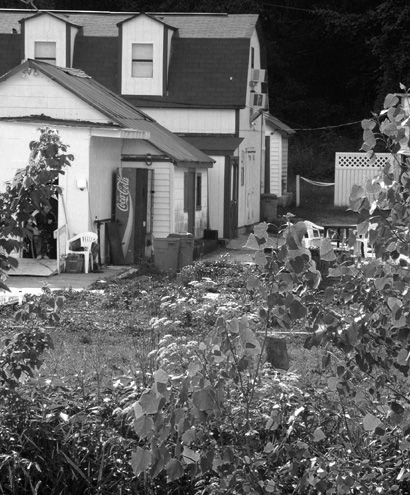 Not long after, when I pulled over on 94 I went about ten miles before I calmed down enough to realize I had turned the wrong direction.

What a drive Highway 94 is south of I-64, with rolling hills and sharpish curves, but in excellent shape. The perfect road for Golden Girl, but I was going quite slowly because the surroundings were that beautiful. It seemed like every corner had a brown state park sign announcing this wildlife refuge, and that park. I kept having to pull over to let other cars pass me as I slowly drove along enjoying the scenery. 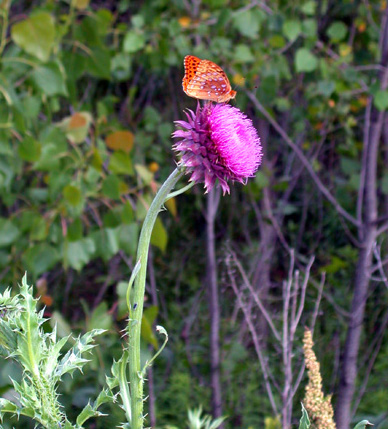 The trailhead I picked today started just inland from the Missouri river, winding its way through wine country, past farms and meadow and dense forest. I expected the walk to be pretty, but I didn’t expect it to be breathtaking. I was the only walker because the Katy Trail is more popular with bikers further away from the cities. You can go farther on a bike, but you can’t really appreciate the nuances of the trail except on foot. 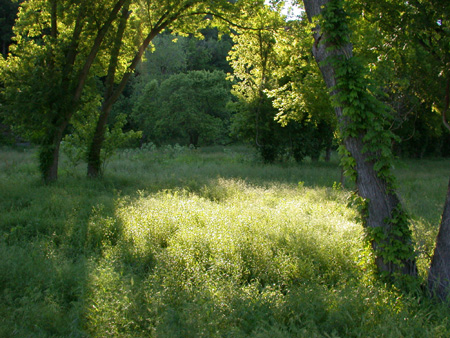 The Katy Trail in this location was bordered by limestone cliffs surrounded by dense vegetation. The plants were so close and thick, the depths were dark as night and you couldn’t see through them. Once when I moved close to a large bush to try to peer into the growth, the bush shook with the movement of something in it, most likely scared by my closeness. There really is little harmful life in Missouri, other than the bugs, but it’s unnerving to have this large bush shake violently when you approach it and you can’t see what causes it. 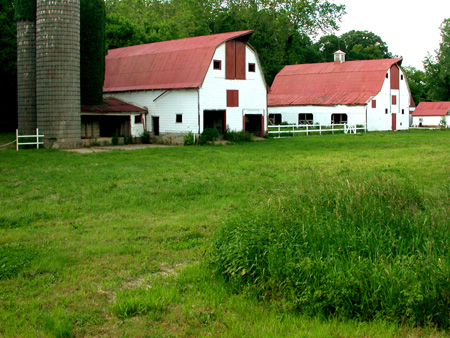 Birdlife. You wouldn’t believe the number of birds flying in and around the plants. And insects of all kinds including beautiful butterflies. The trees overlapped the trail in some parts, and I was reminded of the problems with ticks this state has. But if we deny ourselves the pleasure of life by constantly worrying about what bad thing is going to fall out of the sky and land on us, then we’re missing the point, aren’t we? 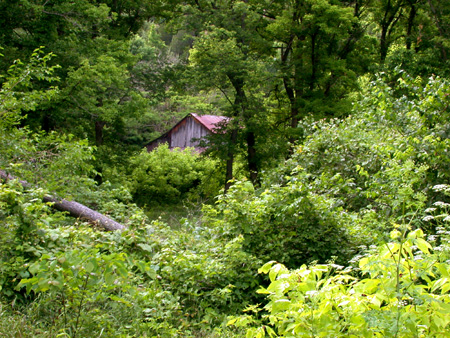 One old farm had converted a building into a trailside store for hikers and bikers. It also had a large caged-in area with geese and chickens and roosters, one of which decided to do a little crowing practice in the late afternoon light. I enjoy listening to roosters, but the owner was a bit miffed.

The place was a marvel of cats running about — big cats — and funky buildings and one silo that was covered in vines. The perfect touch was the Coke machine. A vignette of Americana, and not a bad one at that. 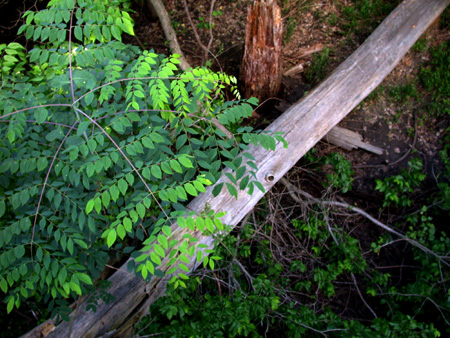 I walked until I reached the Missouri river and explored the shores, watching a couple of artists painting the view, and the ubiquitous fishermen along the shore line. Aside from the roads and the factories, the river is very much as it was from the past.

When I crossed the road to reach the river, a small car was coming along and I stepped to the shoulder, but the driver took the corner short, not seeing me, and brushed past me a foot or two away. Enough to be breezy. I didn’t jump, or yell, just kind of looked at the car as it disappeared in the distance.

Ever have one of those days that you feel like fate has painted a big red bullseye on you? Funny thing is, it’s just this kind of day that you remember later, when you’re feeling philosophical about life — stands out in our minds, except as time goes on, the distance between me and the car will get shorter until someday I’ll be laying on my deathbed, talking to some disinterested young person about the car that ran over my toes. 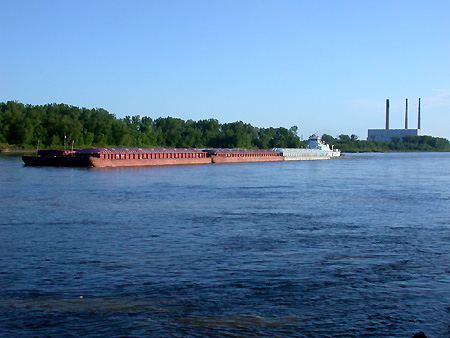 Altogether my hike was about five miles. The ride home was the best because of the late afternoon green-gold-purple-orange-pink-red color the last light gets here in Missouri. The roads were empty so I let Golden Girl have the ride she wanted, except when I went through Defiance. There I slowed down because the small town was full of Harley’s and other motorcycles — several hundred, with drivers surrounding this small bar with live music blasting out, hoisting beers in salute at the cars driving past.

What a good idea. I turned to the Rock n’ Roll classic hit station and cranked the sound, rolling the windows full down letting the wind whip my hair about, and bringing in the sweet smell of the Missouri green. I waved back at the bikers, as I put the pedal to the metal and headed home.