The rest of us watch from beyond the fence
as the woman moves with her jagged stride
into her pain as if into a slow race.
We see her body in motion
but hear no sounds, or we hear
sounds but no language; or we know
it is not a language we know
yet. We can see her clearly
but for her it is running in black smoke.
The cluster of cells in her swelling
like porridge boiling, and bursting,
like grapes, we think. Or we think of
explosions in mud; but we know nothing.
All around us the trees
and the grasses light up with forgiveness,
so green and at this time
of the year healthy.
We would like to call something
out to her. Some form of cheering.
There is pain but no arrival at anything. 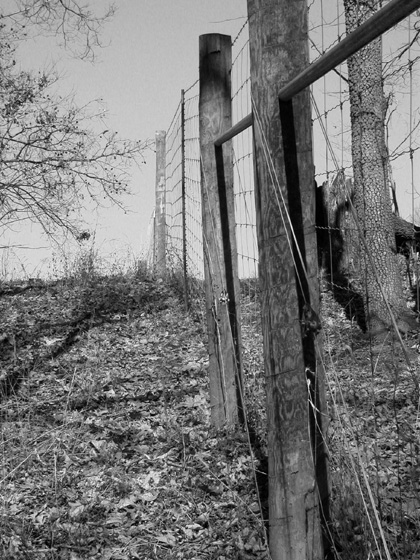 For instance, the Margaret Atwood poem was, fortuitously, in the list that resulted when I searched for the keywords for the photo of the fence. Since I had recently been exposed to her work, hers was one of the first I read, and it felt right for the picture.

When searching for poems for my second photograph, below, another Atwood poem appeared, which clearly demonstrates something. When I find out what it is, I’ll let you know. Regardless, I fell in love with this poem and it was the perfect one for the photograph.

and walk with you through that lucent
wavering forest of bluegreen leaves
with its watery sun & three moons
towards the cave where you must descend,
towards your worst fear

I would like to give you the silver
branch, the small white flower, the one
word that will protect you
from the grief at the center
of your dream, from the grief
at the center I would like to follow
you up the long stairway
again & become
the boat that would row you back
carefully, a flame
in two cupped hands
to where your body lies
beside me, and as you enter
it as easily as breathing in 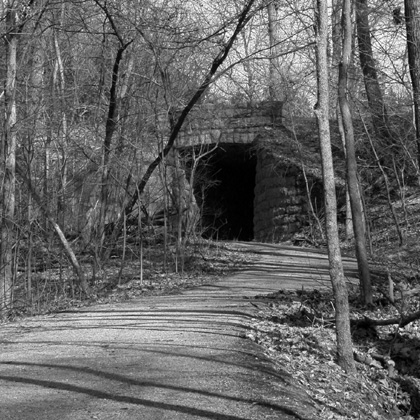