We had another flock of robins come through again today. Many more females this time since they are on a southern migration, not northern. Robins are ground feeding birds, so it’s surprising how fast and agile they are in the air. 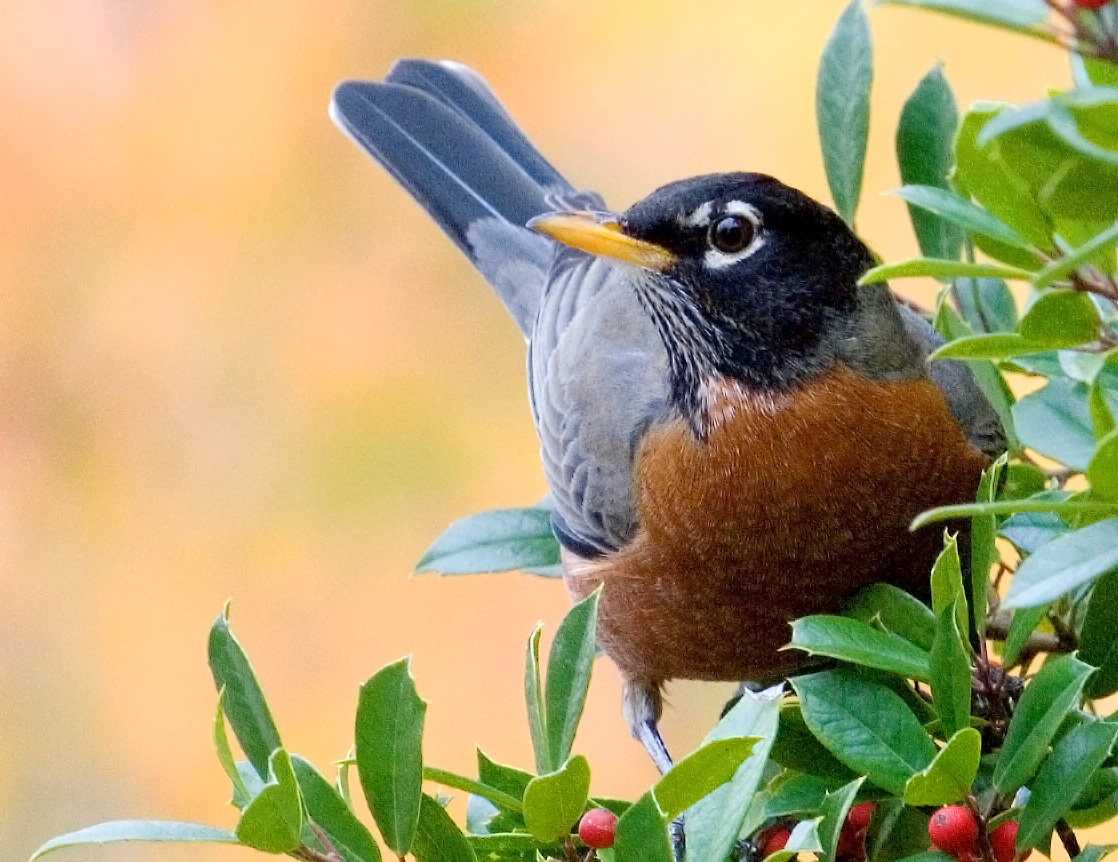 Robins have long been the harbingers of spring, but for some reason, the robin is also associated with war and even with death. I wonder if its because its a migratory bird, leaving in the winter and returning in the spring. Leaving and winter reminds us of loss, while spring and returning remind us of hope.

As coincidence would have it Loren discussed Stanley Kunitz’s poem “Robin Redbreast” this week:

It was the dingiest bird
you ever saw, all the color
washed from him, as if
he had been standing in the rain,
friendless and stiff and cold,
since Eden went wrong.
…

Loren covered the poem on Veteran’s Day a day when we honor our veterans from so many wars. When I was driving yesterday, the radio played a set of ads from different organizations and companies and people in celebration of Veteran’s Day. The word Freedom was central to each and every one.

Freedom’s just another word for nothing left to lose.

At poets.org, I found Sara Teasdale’s poem “There will come soft rains” that references a robin. I liked it, but it, too, is somber:

There will come soft rains and the smell of the ground,
And swallows circling with their shimmering sound;

And frogs in the pools singing at night,
And wild plum trees in tremulous white,

Robins will wear their feathery fire
Whistling their whims on a low fence-wire;

And not one will know of the war, not one
Will care at last when it is done.

Not one would mind, neither bird nor tree
If mankind perished utterly;

And Spring herself, when she woke at dawn,
Would scarcely know that we were gone.

The page noted that this was a war time poem. My first reaction was: which war? 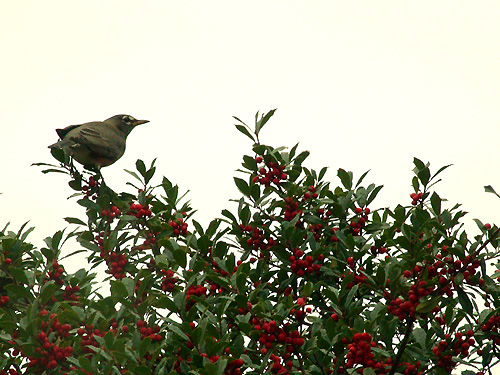 But robins are also a harbinger of spring, and they cheer me so with their puffed up chests of bright scarlet; like an old-time politician thrusting out his well-filled belly before shaking the hands of Father, while patting baby Suzy on the head.

Robins are also a contradiction: they’re a territorial bird, independent and individual, but they migrate in flocks. It’s comical to watch them when they fly as a group — they fly their own path within the flock’s path, and it looks like this big disorganized cloud of fast moving but fiercely chaotic smoke. When they land on the holly berry trees, they start to squabble when others land nearby but then remember, “Oh yeah. That’s right. Cooperate’, and settle in to feed.

Today though they picked a holly tree that has a large, well entrenched grey squirrel nest in it. The birds drove that poor squirrel to distraction — just as he chased one off, another would land.

Everything is a pest for something else. 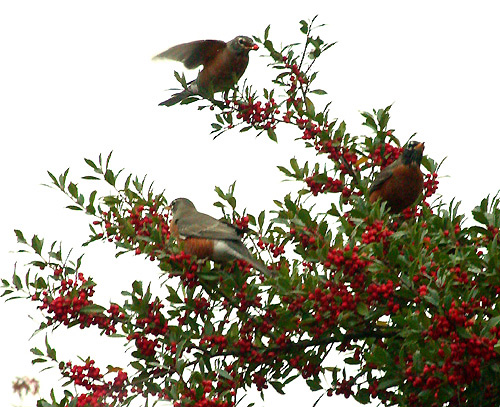 P.S. Back online when the move and conversion are finished.