Finally, after a summer of high humidity and warm temperatures, and seemingly endless crowds, yesterday brought a return to the St. Louis that I know and love. The temperatures were cool, the sky darkly overcast, and with the threat of rains, the people stayed home. A perfect day to visit the Missouri Botanical Gardens.

The flowers are ending their reign at the Gardens, but without passing their baton on to the trees. I thought with all the rain we had this year, we’d have a great autumn. However, it turned out we had too much water. The trees developed leaf rot, and most trees are just dropping their leaves. Still, there was still a little color yesterday, including the last of the dahlias. Such a floozy of a flower—wanton, shameless. 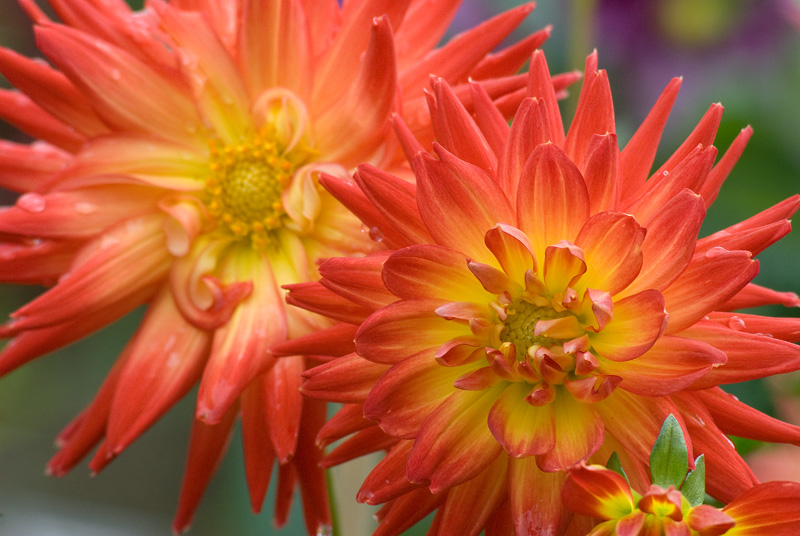 Nothing like the last of the sweet, demure roses. Mama Nature’s precious little princesses. 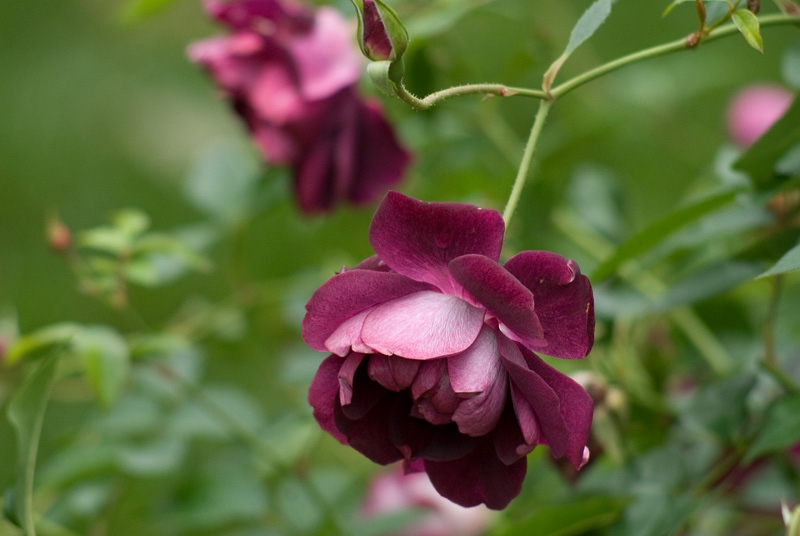 Yesterday had all the elements to make a perfect picture day. Not picture perfect, perfect picture. Overcast skies brings out the richness of the colors, and reduce the harsh highlights, and dark shadows that sunny days bring. The Gardens were almost deserted, which always seems to bring out the magic that hides away when the crowds come around.

Taking pictures in a local place removes the stress of having to find the perfect shots to capture the scene before you quickly move on to the next. The Gardens are beautiful, but not so much that the photos take themselves. It’s hard to screw up a photo of the Grand Canyon, which kind of removes all the fun of even trying. Either the photo will be great, but it’s the Grand Canyon. Of course the photo is beautiful. Or the photo will be awful, invoking thoughts of how could anyone possibly take a bad photo of the Grand Canyon? No, the Gardens are just interesting enough to provide possibilities, but with no guarantees. 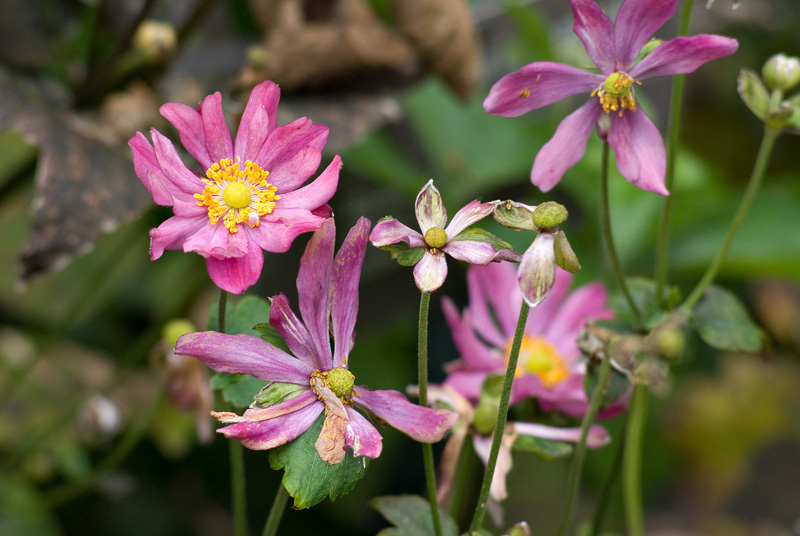 Oh what joy, too, to walk around the Park talking to all of the critters without having to worry about whoever is around to overhear. I’ve thought about getting a fake cellphone with ear buds, so that I when I talk to animals, or myself, people will just assume I’m talking on the phone. However, such action is a lie, and uncomfortable, too—and how can you hear the birds with your ears stuffed? No best be thought mad, than rude.

If all the rain this year threatens to rob us of a colorful fall, it made up for it by providing a rich bounty of berry and nut for the animals this year. The fruit bearing trees, like the Japanese crab apples, were practically falling over, so loaded with fruit. To add to yesterday’s magic, a huge flock of robins, preparing for their migration, filled the woodlands, stuffing themselves on a cornucopia of rich offering. I wondered the feather balls could still fly. 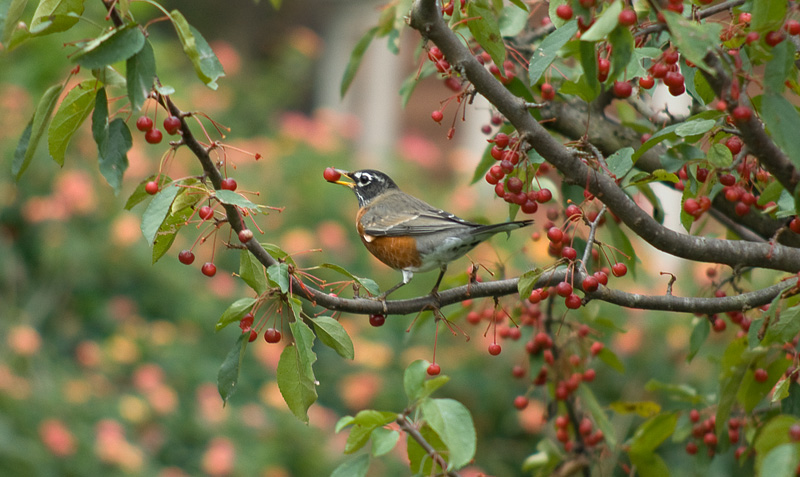 The birds weren’t the only animals out enjoying the bounty of the fall harvest. The other day I was at the zoo when I saw a chipmunk with its cheeks so full, its little head was weighed down and almost dragging on the ground. Yesterday, nothing was going to stop the squirrel I met up with from finishing its luscious nutmeat—remnants of earlier meals scattered about as crumbs. 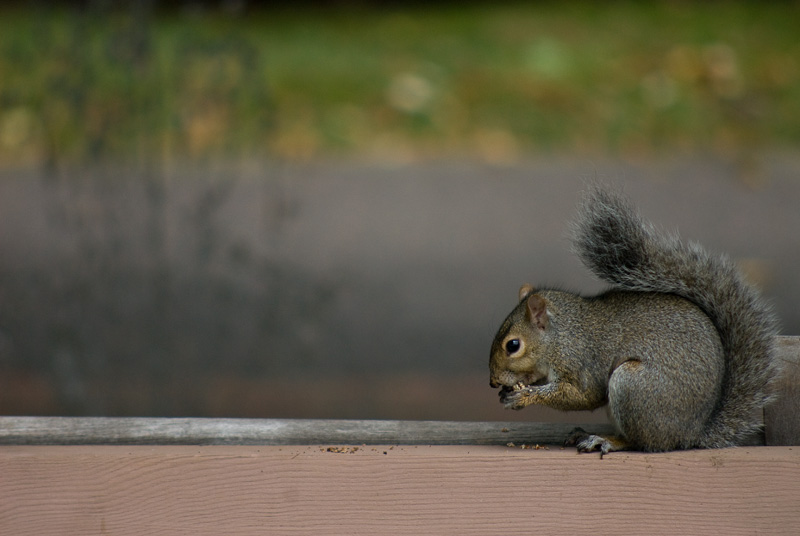 With such delights scattered about, I wasn’t surprised to come upon a red tailed hawk, but the one yesterday was different than others I’ve met over the years. It didn’t fly off as I approached it with camera, and seemed as interested in me, as I was in it. If I truly believed in magic, I could imagine a prince in flowing white velvet and copper, ensorcelled into the shape of a bird, just waiting a princess to see the humanity looking out from hawk eyes. 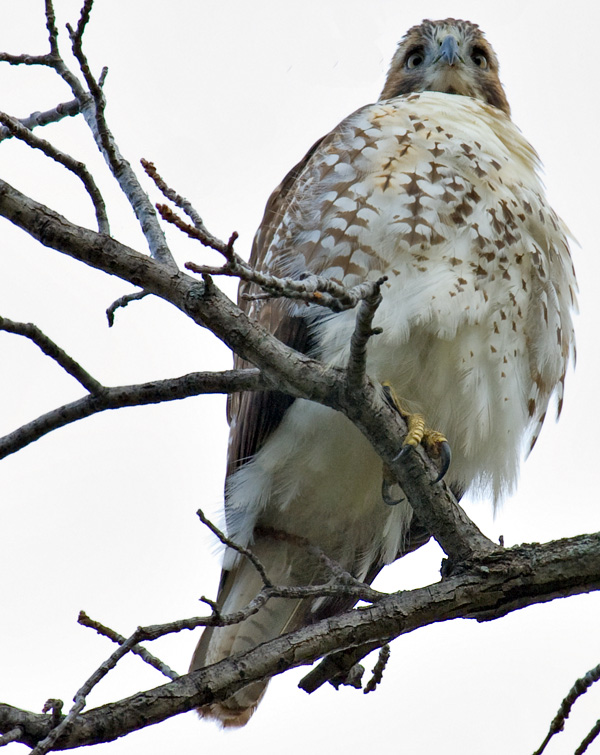 If so, the poor prince would be disappointed in me, because I would prefer bird to prince. 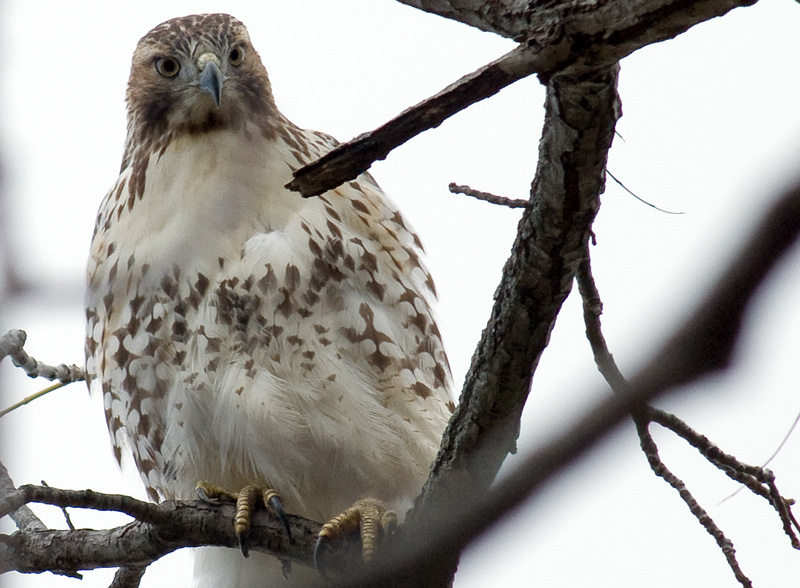