I received a new comment today to my post, Confluence. The post was based on a trip I took last year to Cairo, Illinois, and the comment was from a man who signed himself JohnnyB:

I grew up in Illinois in the 1960s and remember the race riots in Cairo in 1967 and 1969 and the white flight that followed. The town went from a bustling community of 11,000, about 70% white, to a bombed-out, burned-out, shuttered, near ghost town of about 3,600, about 70 percent black. They have a great high school basketball team, despite the fact that the school is nearly bankrupt, they don’t have weight or training rooms and seldom hold home games because teams from other towns are afraid to enter Cairo. Amazing that such decline could take place in an incredible location at the confluence of two of America’s great waterways and along a major North-South Interstate highway.

Confluence is one of the few posts I have that I keep in moderation rather than closed to comments. There isn’t anything in it to attract the spammers, and from time to time, someone drops in and writes something that just stops me. Like today. 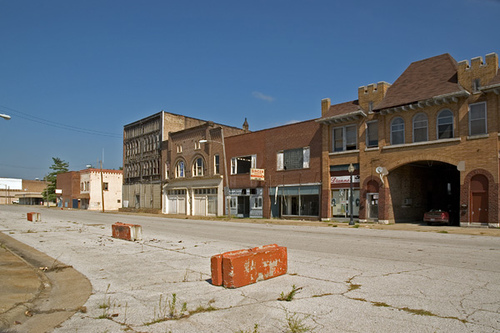 JohnnyB came to my site when he searched on the term “race riots Cairo Illinois”. My post is about half way down in the first page of the returned search results. Among the entries higher up was one for an NPR article related to a CD that released last year: Stace England’s Greetings from Cairo, Illinois.

This album is a collection of songs that reflect a variety of genres: ranging from old blues to modern folk rock. In it, England seeks to re-tell the history and story of Cairo, Illinois–the town that the artist refers to as the most fascinating town in America. I can agree with England, having been through it on a hot summer day, with the hot, white light of the sun reflecting off of broken brick and cracked cement; with a hand lettered sign pointing to cat city–an old office building taken over by wild cats. There’s something about Cairo. Something that both pulls you in, and then pushes you away when you get too close. 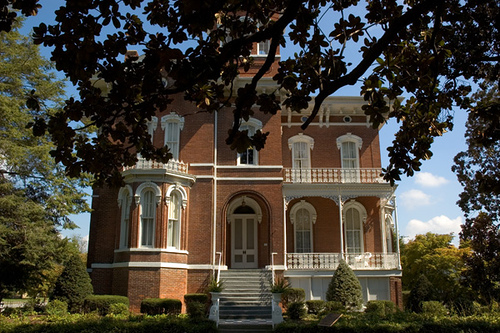 Having grown up in Cairo, NPR journalist Rachael Jones writes about her initial reluctance to listen to England’s album.

The last thing I expected to feel listening to Greetings From Cairo, Illinois was pride. Before hearing the first song, I almost dismissed musician Stace England as a well-meaning but clueless interloper who thought he had figured out all of Cairo’s problems over a few beers.

But England wasn’t just some fly by night troubadour trying to profit from Cairo’s woes. With the help of 50 other local musicians and singers, England had employed an impressive musical range to try and explain the puzzle that is Cairo.

Robert Baird of of the now defunct Harp Magazine, wrote of the CD:

It’s best to run from CD booklets whose notes begin with declarations like, “Cairo, Illinois, is the most fascinating town in America.” But here, Illinois native and former House Afire member Stace England takes Americana to its most literal extreme and paints a song-history of former full-throttle river town Cairo (pronounced Kay-Ro). It swings from massed-chorus gospel (the traditional “Goin’ Down to Cairo”) and blues (Henry Spaulding’s “Cairo Blues”) to originals like the guitar-scratching funk of “Jesse’s Comin’ to Town” (for Jesse Jackson) and finally the rocked-up alt-country of “Prosperity Train,” which is definitely not stopping in Cairo anytime soon. The latter tune, the one best able to stand by itself outside the album’s concept, is enlivened by the voice and attitude of Jason Ringenberg of Scorchers fame. Along the way we meet General U.S. Grant, an “equal opportunity lynch mob” and the Committee of Ten Million, a racist organization called “White Hats” thanks to the pale hard hats they wore. Fascinating.

After a visit to England’s site and weblog, I checked and sure enough, the album was listed in both iTunes and eMusic. I downloaded it from eMusic and spent the last few hours listening to it; more than once with several songs, such as Grant Slept Here:

And White Hats, with a chorus of:

White hats and minds full of hate,
equality is going to have to wait.
We live by the gun, and that’s the way you might die, boy.

White Hats is about the 1967 race riot that left the town gasping its dying breath. It’s these riots that JohnnyB references in his comment. Hearing White Hats and the other music on the album was like listening to the song that ran through my head when I walked through Cairo that summer afternoon. It combines both a hope and a despair, because for all the surreal destruction of the town, there is something there. Something…fascinating. 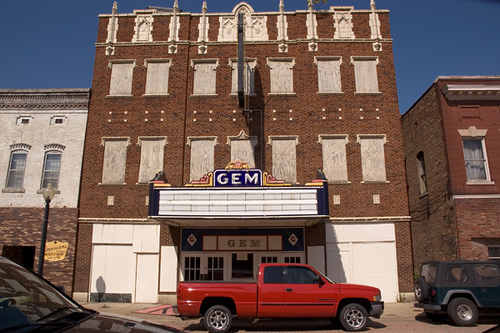 From my comments, another traveler through the town, Dawn, wrote:

Thank you for sharing your visit of Cairo, Illinois. My boyfriend and I got off Interstate 57 late last night and ended up in Cairo, and have been so terribly haunted by it, and discussed it all the way home to Milwaukee. It was like a Twilight Zone episode, and we were truly frightened and disturbed by what we saw, but mostly saddened and wanting to learn more about the fate of this town. If you have any more photos, I’d love if you would share them with us. I’ve written a lengthy journal entry about Cairo, and would like to revisit it again soon… it has really captured my heart.

The photos I took were going to be the start of my Song of the South collection. I started these with enthusiasm that soon crumbled in the face of disinterest in both the photos and Cairo, and to be honest the lands that border the Mississippi. For a brief moment, the Sip and this part of the country was hip, but it took the devastation of New Orleans to create this interest. However, I don’t think I can count on the destruction of a major city happening on a regular basis.

For the most part, the lands along the lower Mississippi destruct slowly–like an old man sinking under the waters of the Sip when it breaks through the levees; one work roughened old brown hand reaching out to grasp at the muddy bank,but you can’t tell whether it’s to pull himself out or push himself further under.

This, though, is the true beauty, the true song of of the south. This is what Walker Evans saw with his camera. This is what I have always felt, luring me in to its history and stories and unforgiving waters and broken towns. This is what England captures in his music, and I want to capture in my own pictures. Someday.

Thanks for stopping by, JohnnyB. Thanks for the reminder. 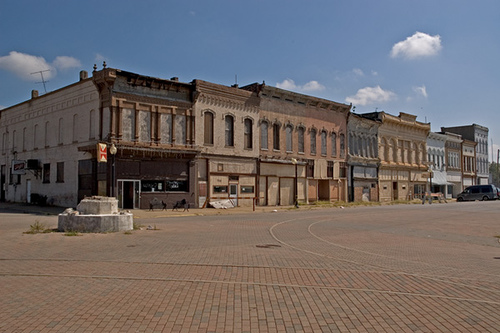