Last week, Danny Ayers made a request to the semantic web community at large: that we take turns publishing our own version of This Week’s Semantic Web. I volunteered to start, and hope that others follow, though in comments to Danny’s post, the suggestion about the Gem of the Week sounded better (and a lot less work).

However, I decided to add a slight twist to my own version of This Week’s Semantic Web, focusing not only on the stories, but how I found them. After all, the real purpose of the semantic web technologies is to make information easier to find. How are we, in the semantic web community, doing in this regard?

To start, I subscribe to various feeds including Planet RDF, as a way to keep up with most of the semantic web news. This week, the stories from Planet RDF that caught my eye were the following:

I don’t only get my semantic web information from the Planet RDF feed. I find other entries on this topic, now and again, in other feeds. For instance, I wrote about two other items this week and I’ll repeat links to both because I feel they represent the semantic world “in the wild”.

In my quest for this week’s semantic web goodies, I also searched in Google on “Semantic Web” and then focused on News, not Web, in order to filter items down to recent events. With this approach, I found the following items to pass along:

Continuing landgrabs by startups that seek to attract, trap and exploit eyeballs stand unashamedly on the shoulders of Semantic Web promise whilst running counter to its basic tenets of linking and openness. On the other hand, companies ‘just’ doing perfectly reasonable – and valuable – things with the meanings of words, phrases and documents latch on to the Semantic Web’s buzz, whilst being all about Semantics and not at all about the Web.

New entrants, hopefully building viable and useful businesses upon the Semantic Web’s ideas, are pilloried by stalwarts of the ‘community,’ because the reality of their business model does not permit a whole-hearted embracing of the entire Semantic Web stack from Day One. Intellectual purity clashes with pragmatism and reality on a daily basis. Well-meaning guidelines and best practices morph in the minds of too many to become laws, ‘truths’, and rods with which to beat outsiders. Visions of Orwellian pigs fill my brain, and I don’t like what I see as they rise up onto two feet and gaze disdainfully around.

There were other sources I searched for information about the semantic web for this week, but the results were less than optimum. For instance, I searched on “semanticweb” in delicious, but the results show the items that were posted to delicious this week, not necessarily published this week. The problem is that while many services such as delicious have a way to tag items with terms like “semanticweb” the metadata annotation is limited, and doesn’t include information such as when was the posted item first published, nor allow you to search on the same. Most of the “semantics” are flat, simple, and two-dimensional, IE keyword-value pairs.

I next went in the opposite direction, looking for just published items, and then sought to filter on the semantic web. For instance, no other source is better for up-to-date discovery of minutiae than Twitter. However, as far as I can see, there is no way to search on specific topic in Twitter. You can look for people, but other subject material search is extremely limited. If you don’t know that Twitter user Kingsley Idehen exists, and posts frequently on semantic web related items, you may not discover a graph of linked data sources or an animation related to RDF as middleware.

I then turned to the Big Cheese, the Head Semantic Web honcho, Twine, and the twine related to the Semantic Web. Eureka! I finded the Semantic Web! Of course, on closer look, most of the items also could be found on Planet RDF. Still, meat that is both fresh, and relevant. I’ll just pick out a few for my version of This Week’s Semantic Web.

And so ends my tenure for This Week’s Semantic Web, Burningbird style. What I discovered in the process of building my list was that we’re not close to the semantic web we seek. Without knowing about the people, such as Bob, Kingsley, or Danny, or the topic-focused resources such as Planet RDF or Twine, I would have had a much more difficult time finding out what is happening, this week, in the semantic web. However, among the results I did find are new technologies, new specifications, new efforts that assure us that though the semantic web doesn’t exist today, it surely will someday. 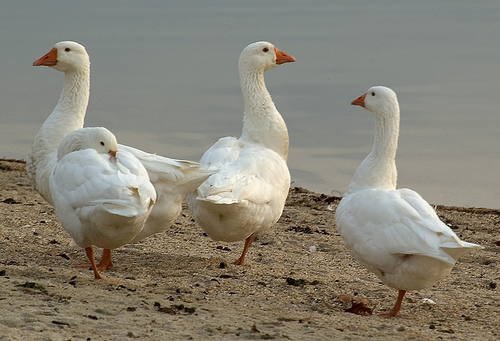