Today is Spring, or at least, Spring for me. The weather was warm and the daffodils, tulips, and other flowers were in full bloom. The Magnolia is just now starting too bud, and the Missouri witch hazel ending its cycle, leaving behind a most wonderful fragrance.

I walked Botanical and grabbed some sunshine and photos. Though I know you’re all tired of flowers and that sort of thing I’ll still add a couple to this writing, just to break up the words. Between you and me, I like seeing something besides red, yellow, and orange on the page from time to time. 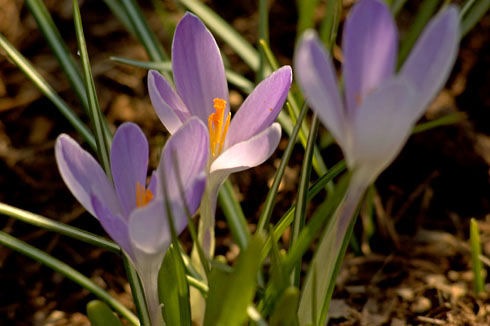 Walking over the bridge in the Japanese Garden, the koi fish followed along in hopes of getting some of the fish food you can buy from gumball-like machines at either end. While I was dropping food into hungry mouths, a fairly large group of people approached and several exclaimed in surprise when they saw the fish. They had strong southern accents — more mountain than plantation — and evidently had never seen koi before.

A couple of women and a young girl ran down the hill to the stream that fed the lake and dropped down for a closer look, while one guy, who seemed out of place, walked around with a quarter in his hand, trying to break into the chatter and laughter.

Another guy yelled down the women, “Watch out, Hannah. That sucker’ll jump out and take your head off!” I finished my feeding and my photos and started to pass the increasingly loud group when the same wit yelled out, “They are the ugliest things I’ve ever seen.”

I glanced at him when I passed, this guy with pasty white arms, sparse straggly black chin whiskers raggedly covering blotched, pink chin and cheeks; matted dull, black hair under an old baseball cap, and huge gut falling out from under his too tight and too short gray t-shirt.

Botanical isn’t the only place with the sights of Spring. Tonight when I went downstairs to get a bottle of water, I noticed Zoë at the window, intently looking out. I peeked through the glass and saw several young bunnies hoping about, grazing on the grass. 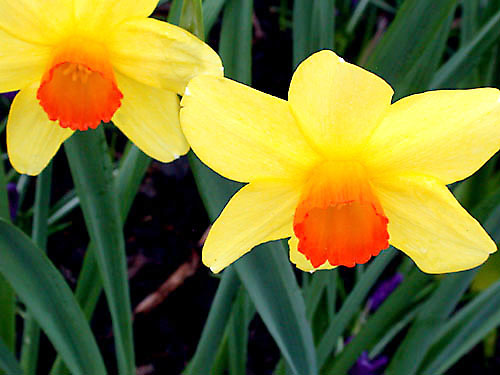 I was asked to help a group weblog with its new look a week or so ago and it ended up being more work than I expected. However, I finally finished that work today — really, really finished– and have started my final descent for the first release of this product.

I found a couple of things I need to change. First of all, WordPress creates page titles the first time you save a post. However, I think the page title should match the post title up and until you publish a post. But, there’s a difference between a title being generated and one manually entered, so if go this approach, I’ll need to add a flag to the database.

However, I’m tired of numbered posts appearing because I forget to title a post when I save a draft, and then forget to change the post SLUG before publishing.

Some more clean up in Admin to pull all SQL separate from the processing.

And I’ve finally taken my first shot at integrating RDF API in as an extension to support the metadata effort. That one isn’t going as well as I would like — but it is optional, and if need be, I’ll leave it off the first release.

Oh, I do love my interface, and my comment management, but magic quotes got screwed up again.

All in all though, it’s movin’ along.