After my cleaning frenzy last week, I woke up the next morning with hands that hurt so much I couldn’t use them. I then realized that by increasing measure, I’ve had aches and pains in my hands, my wrists, my feet, and recently my back and even my shoulders. Downing Tylenol and Advil and increasing my nightly drinking did not seem to be an effective way to deal with this problem.

The new doctor I have was very good about getting me in right away. When I met with her, I pointed out the possibility that the increasing pain in various parts of my body could be due to the tick bites I’ve suffered the last couple of years. Though Lyme Disease is rare here, there are Missouri-based variants that exhibit similar symptoms.

My doctor, a lovely young woman originally from India, gave me a gentle smile and nodded as I talked, no doubt thinking all the while about how the Internet is more trouble than it’s worth at times. She asked me several questions about other aspects of my health, took a close look in particular at my hands and wrists and then asked me if there was a history of arthritis in the family.

Well, my Dad has arthritis but that came with age as he got older. She asked if there was any rheumatoid arthritis in the family, and I told her not that I know of. I am familiar with rheumatoid arthritis because the uncle of my first husband suffered from an advanced case of it; his hands were very distorted and he could only wear slippers.

She had me undergo tests, yes even for tick diseases, but told me that from my po’me tale (not her words, my own editorial addition), and the appearance of my hands that I am most likely suffering from rheumatoid arthritis.

Well, in a way it’s nice to know that I’m not a hypochondriac assuming much with each slight pain, but I’m not sure how happy I was to give up my exotic illness. After all, it’s much more interesting to write about a disease picked up from treks through the wild woods of Missouri, then to write about a disease that happens because life dealt me the short straw in this instance.

She gave me some anti-inflammatory medicine to use, which does help, but only to a point. In addition to medicine and applying cold and warmth and wrapping the wrists and even fingers at times, she also told me that I will have to cut back on the amount of time on the keyboard.

Now, for a writer, this is a problem. I spend on an average 10-12 hours a day at the keyboard, either on my books or articles, or writing to this weblog. If I cut back, I’m going to have to restrict most of my keyboard time to work that brings in income, which means less time to the weblog. This was something I had to think about, give myself time to wrap my mind around the idea.

Ultimately, though, I think this is going to be a healthy thing for me. I do need to spend less time on the computer and more time ‘out there’. And my body has just decided to enforce this decision. However, this will mean changes.

For one thing, I won’t be able to sit at my computer and program for hours, like I used to a few years back. This might restrict some of the things I’ve been wanting to try, but I haven’t been in the mood to tech tweak for the longest time anyway, as demonstrated by the still non-existent Poetry Finder. (As noted in comments attached to Loren’s lovely post referencing Emily Dickinson’s use of the robin in her poetry. No worries about being reminded of the Poetry Finder, Loren. BTW, when did that ‘Vote for Bush” sticker start showing up on your weblog pages?)

I will be writing less online, but there are numerous advantages to writing less. One that springs instantly to mind is that I’ll have more time to think about what I’m writing, which means I probably won’t get into as much trouble. Perhaps “Burningbird” will become “Simmering Bird”. Maybe even “Thoughtful Bird”.

Additionally, there are alternatives to writing through a keyboard that I have been wanting to try for some time, such as using a recording device to record my thoughts while I’m out an about. With the new speeech recording software, the recordings can be converted into text and I can use this to help me create my weblog posts, or even to do my books. No reason I can’t use it to help write my books.

Even more interesting, I don’t have to convert the recording to text. Though sound files aren’t effective for all the devices people seem to use to read weblogs, and can be unfriendly to modems, still they are an alternative technique to typing into the computer. In fact, I recorded my first audio blog using the built-in mic on my computer, and shareware software I downloaded from the Internet. The post was a lark, just a ramble, and ended up being truncated at 3 minutes, but I had fun doing it. I just need to figure out how one can talk like one writes. There is no textual varation for pausals such as ‘uhm’. I’ve also found, with myself at least, that writing imposes form, which leads to coherency. I am concerned that all my audio posts will end up being blather.

On the bright side, though, I can actually record the sounds to go with the pictures I take.

Speaking of pictures, I’m also going to have to restrict my film camera photography because the cameras are heavy enough to cause a great deal of strain. Still, that removes the guilt from spending time with my digital camera–my lovely lightweight digital camera–even though the photos I take can’t be sold. Who cares if I can’t sell them, they’re fun.

Eventually, along with my audio recording device I’ll pick up a a digital SLR camera that’s lighter than my film cameras, and can take publication quality photos. But for now, I can write metaphorically through sound and sight. My only concern is for those who have audio impairments, but hopefully they have sound-to-text conversion software they can use. And I’ll still write. Have to shoot me to get to stop completely.

In the meantime, more flower photos from the Orchid Show currently happening at the Missouri Botanical Gardens, in St. Louis. You can see one posting with all the photos here. 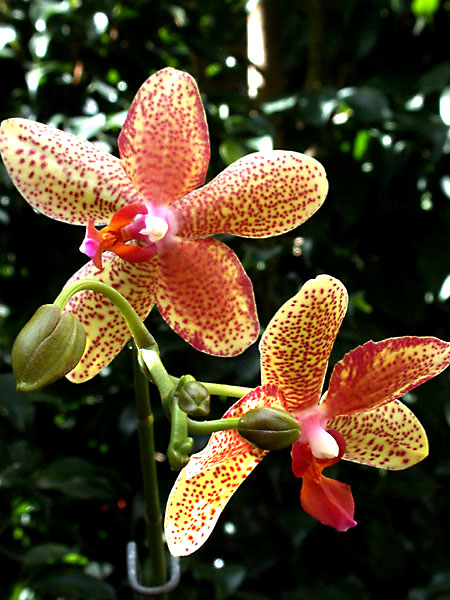 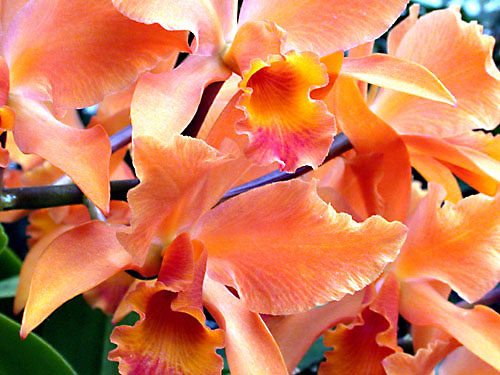 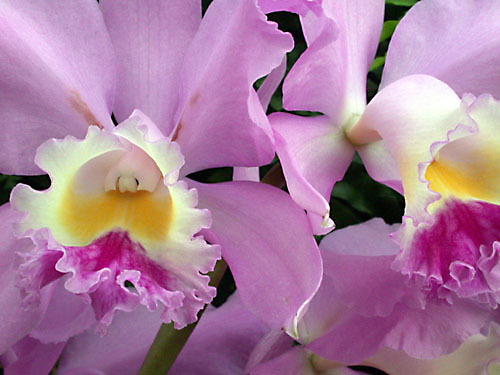 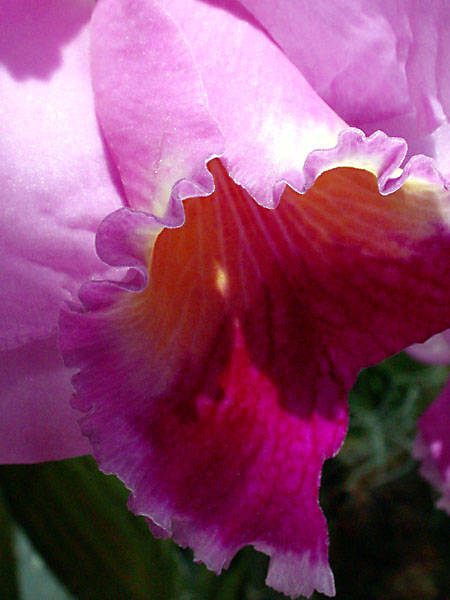 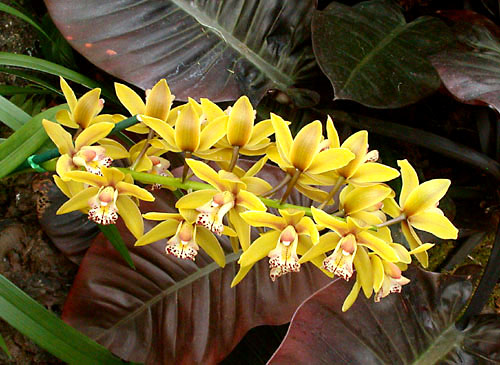 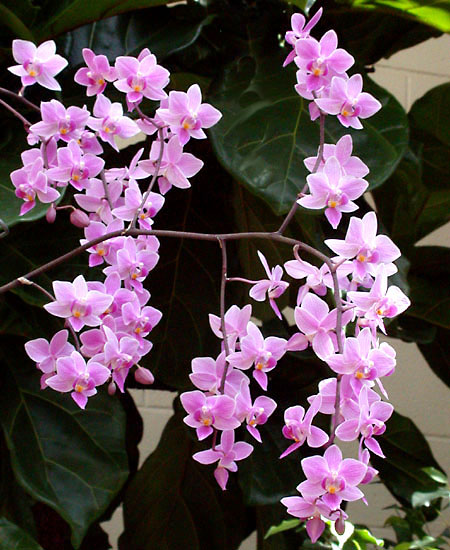