Today was a quiet day, more mist than rain, more grey than stormy. I set out for the bird sanctuary in the Northwest corner of the state, but hadn’t gone more than an hour when I realized that I had forgotten my wallet. With my driver’s license. I carefully turned around, and just as carefully made my way home to pick it up. When I was fully legal again, it was too late for the bird sanctuary. Instead I made my way to one of my other favorite parks.

I was the only person on the paths, which suited my somber mood. Even the birds muted their singing, and whatever color still existed was dulled, as if it didn’t want to shout too loudly into the quiet. 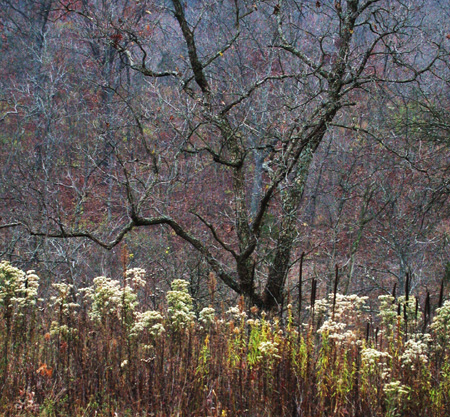 Two hundred years ago, if I were a woman of delicate breeding, I would describe my mood today as melancholic. And I would be in good company, sharing sisterhood with the likes of Jane Austen, who wrote about her own melancholia in a letter to her sister:

Sir William listened to me in confidence and diagnosed an acute involutional melancholia (in former times known as the black bile), complicated by insomniac tendencies, for which he compounded a tincture of opium of which I am to take six drops in a small glass of port wine each bed time. I took the draught last night, but it had no effect besides making my recurrent dream all the more vivid, so I know not whether to halve or double the dosage to-night! At all events, Sir William will bleed me on Wednesday a week should my symptoms persist unabated. I have every faith in the man: it is said that Nelson suffered horribly from night-mares until he sought Sir William’s help, and now he sleeps like a babe.

Acute involutional melancholia. You can imagine a lady of the day sitting to tea with her friends, and telling them one and all that she has been diagnosed with melancholia, “just like dear Nelson”. Hearty good health was seen as an anathema to those with refined sensibilities. Luckily, being given drops of opium in wine, or being bled frequently, prevented such unseemly bouts of robustness.

Freud wrote a paper on melancholia called “Mourning and Melancholia”. He believed that melancholia was a result of loss, compounded by not confronting the agent of loss. Instead of resolving these feelings and moving on, the sufferer internalizes the feelings, turning them against their own ego. However, lest you think that Freud was sympathetic to this state — remember that he was, perhaps, the most dispassionate of all adventurers into the psyche — he was contemptuous:

[Melancholics] are far from evincing towards those around them the attitude of humility and submissiveness that would alone befit such worthless people [… as they believe themselves to be]. On the contrary, they make the greatest nuisance of themselves, and always seem as though they felt slighted and had been treated with great injustice.

The man may have made history as a the father of Psychoanalysis, but he had the makings of a modern American politician: a combination of Republican disdain for the less fortunate, mixed in with Democratic obsession with sex. 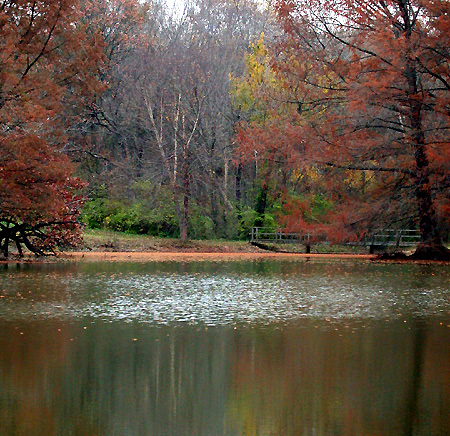 Of course, we know today that melancholia has many faces — ranging from those moments of quiet reflectivity, to the most severe form of depression. No matter who are, and no matter how adjusted we believe we are, we all suffer from melancholia at one time or another. As Francis Zimmermann wrote in his fascinating paper for the Journal of International Institute, titled The History of Melancholy:

The history of melancholia is that of an innately human experience of suffering becoming the object of a cultural construct. As a mood or emotion, the experience of being melancholy or depressed is at the very heart of being human: feeling “down” or blue or unhappy, being dispirited, discouraged, disappointed, dejected, despondent, melancholy, depressed, or despairing many aspects of such affective experiences are within the normal range. Everyone suffers from this kind of metaphorical melancholia, as Robert Burton said, because “Melancholy in this sense is the character of mortality” (The Anatomy of Melancholy, I.I.I.5.), that is, a figure of the human condition.

With its sense of loss and grief, you would think we would work to eliminate melancholia, and we do seek to help those suffering from severe depressions, using a combination of therapy, support, and antidepressants.

(I once heard antidepressants referred to as mood brighteners, a term I despise. It reminds me of those laundry sticks you use to remove stains from your good shirt. “Oh, look! There’s a spot of angst. I’ll just dab in this Miracle Mental Health, and it will wash right out!”)

Yet much of our creativity has its roots in melancholia, and to remove it from our lives, completely, would be to remove the shadows that shape us. Melancholia gives us sad, soft songs to accompany misted landscapes, forming a backdrop for words of poetry, and other forms of writing.

Melancholia also gives us silence; knowing when to keep still and just listen.