Hi! This is your favorite professional writer who hacks a weblog even though we’re not supposed to. I’m bringing you today’s copy of “Where the Blog Turns”.

When last seen our intrepid weblogger was braving the wilds of San Diego zoo. We’ll go live to Burningbird, at the zoo:

Hello? Hello, can you hear me?

The San Diego zoo is everything I’ve ever heard. Wonderful fun. And San Diego is a beautiful city, and the people are very nice. But who designed the freeway system here? Alfred E. Neuman on drugs?

Today’s funniest moment — guy walking around in a plain white t-shirt with masking tape across the back and “Ralph Lauren” printed on the tape.

Second funniest moment — trying to explain to the two older women that, no, there was only one hippo in the water and that the nose above water belonged to the same hippo that’s underwater seemingly right next to the glass. 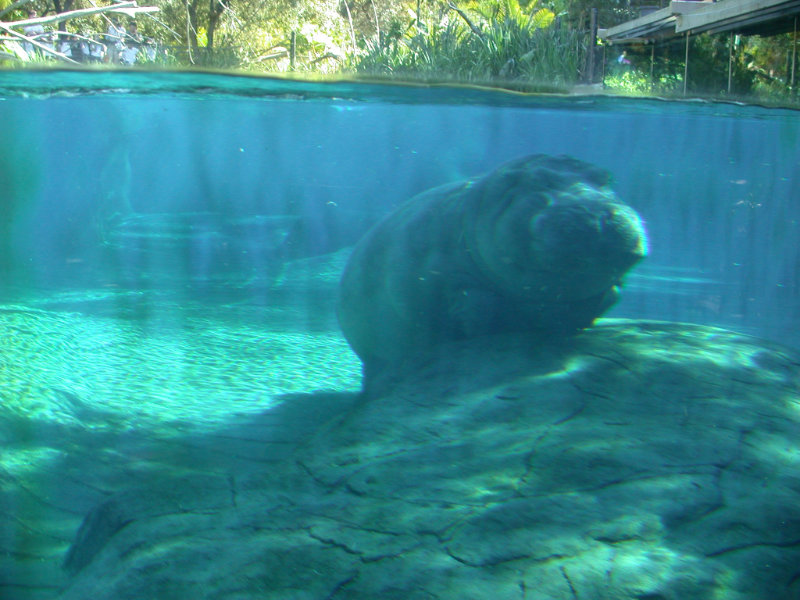 “Yes, I know that this hippo looks close to the glass and the nose looks further away, but water can bend light and further away objects can appear close.”

“No ma’am, there really is only one hippo in the water.”

“Yes, it is neat how the zoo was able to accomplish this.”

Also, I brought you all a souvenir! A photo of flamingos. What else would someone like me bring back? 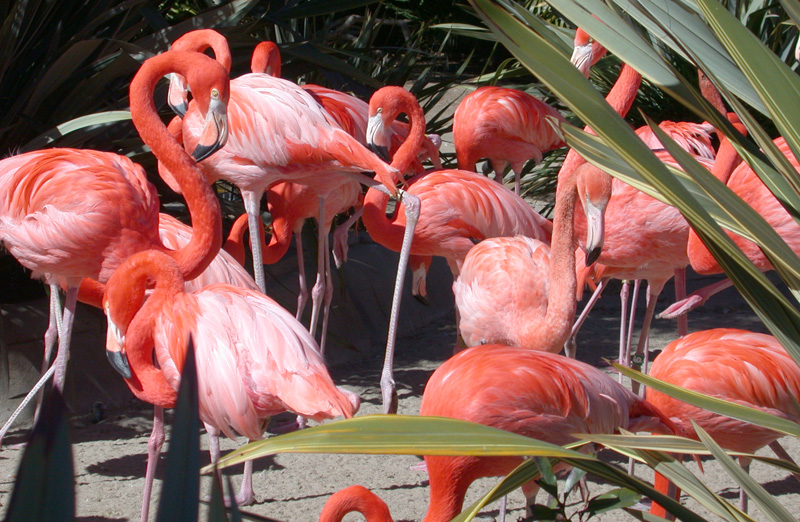 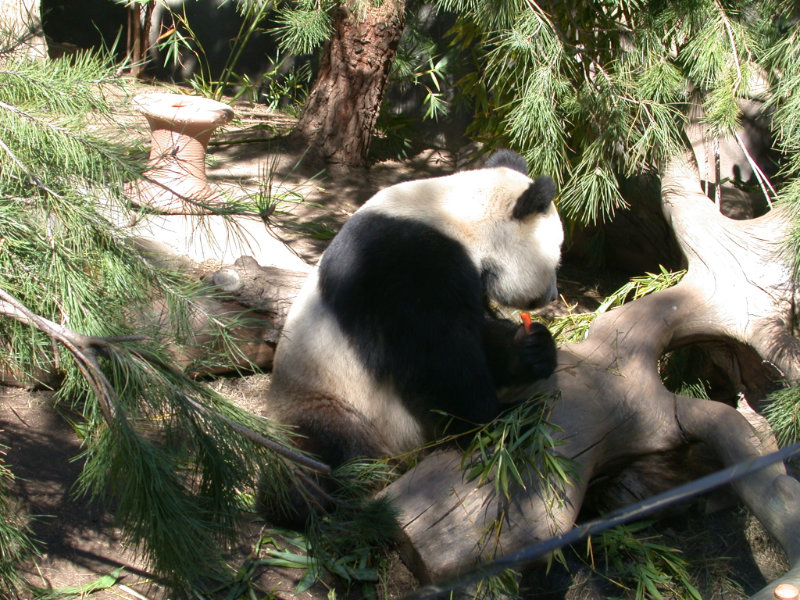 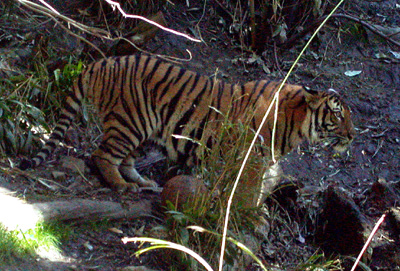 My favorite of all the zoo animals was the Buharan Red Deer, also known as the Bactrian Wapitir. These deer were originally located in Afghanistan and surrounding area, but were hunted to extinction in the former Soviet countries at the end of communist rule. With the religious civil war in Afghanistan every last known member of this species in the wild was killed. Aside from the approximately 100 deer in captivity, this species is extinct.

I was the only person looking at the deer while everyone else was off with the tigers and the gorillas and the pandas. This quiet herd watched me as I watched them. Not sure why, but I started talking to one of the females near the fence. Instead of ignoring me or shying away, she came down to the fence and stuck her nose through it near to where I was standing. Not sure if I sounded like her normal zoo keeper or if she’s just naturally curious. Beautiful, gentle creatures.

I’ve long had a theory that we’ve been visited by members of advanced species from other planets. However, when they get here and see how easily we exterminate species and each other because of such trivial things as political or religious differences, they fly away again, in a state of total disgust.

Anyway, I liked the deer. I hope her species makes it. With that small a gene pool though, chances aren’t good. 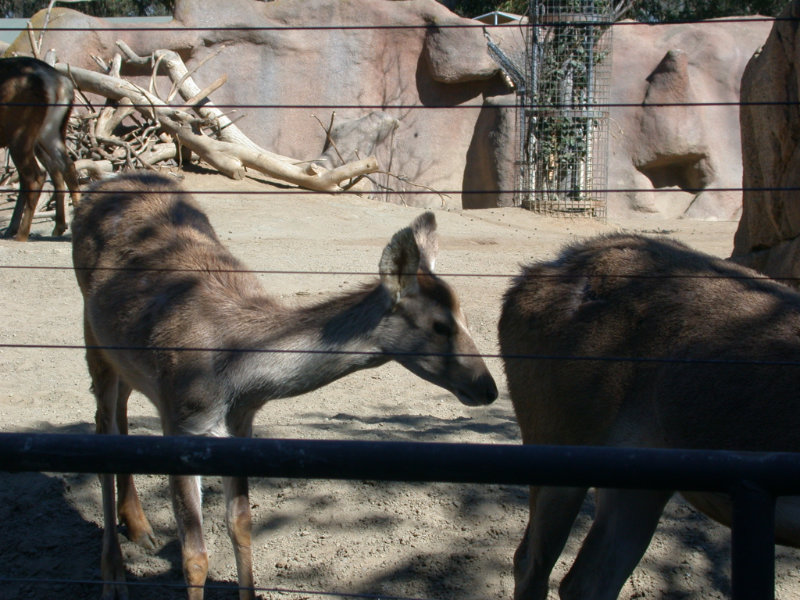