GIMP 2.6 is now available on the Mac OS X, in addition to both Windows and Linux. On the Mac, you can install it via Macports, or you can use a pre-built version of the application, available for both Tiger and Leopard. I have the Macports version on my Leopard machine, the pre-built on my Tiger laptop.

First impressions of the newest version is that I like the improvements to the user interface. The original application (Toolbox) toolbar has now been merged as part of the image window, simplifying the interface. The application is still a MDI, or Multiple Document Interface, but it’s simple to keep all of the tool’s components visible.

The necessary photo enhancement tools are all present and accounted for, including Layers, Curves, and the all important Gaussian blur, as well as several of the other handy enhancing tools. The application still interfaces with UFRaw, the separately accessible open source tool that provides RAW image pre-processing.

One of the new additions to Adobe’s Photoshop CS4, I gather, is the addition of seam carving whereby the tool can determine where pixels can be compressed and still maintain most of the image’s integral look. GIMP 2.6 also incorporates a plug-in known as Liquid Rescale that is based on the same algorithm. I didn’t have a photo with a long, unending beach, but I did have a photo of a bright red mumdahlia. Following are two versions of the photo, a before and after scaling with Liquid Rescale. 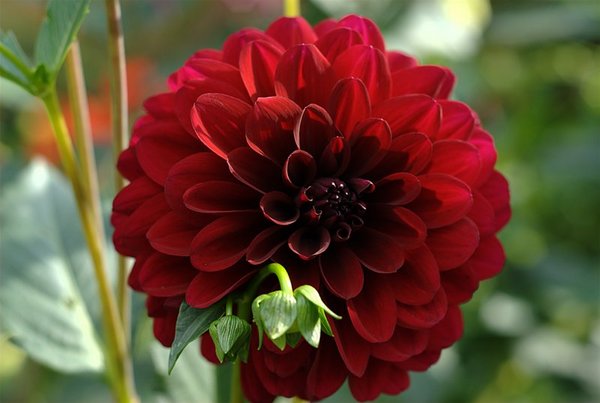 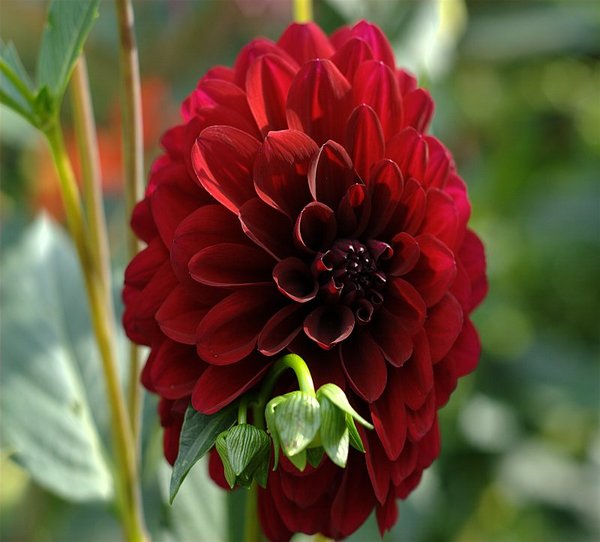 The red flower is distorted, which isn’t surprising. However, the bud, leaves, and even some of the background are relatively untouched. Interesting effect. The plug-in’s web site has examples that show how to use Liquid Rescaling to enhance photos without obvious distortions.

Another major change with GIMP 2.6 is the addition of the GEGL (Generic Graphics Library). From the GIMP 2.6 release notes:

Important progress towards high bit-depth and non-destructive editing in GIMP has been made. Most color operations in GIMP are now ported to the powerful graph based image processing framework GEGL, meaning that the interal processing is being done in 32bit floating point linear light RGBA. By default the legacy 8bit code paths are still used, but a curious user can turn on the use of GEGL for the color operations with Colors / Use GEGL.

There’s also a GEGL tool, which provides access to several operations, though I’d use caution when applying any of the operations to a large, RAW image. Among the more familiar of the operations is an unsharp-mask; among some of the more interesting is the whitebalance operation, demonstrated in the following snapshot.

The new modifications for GIMP 2.6 go beyond making our photos prettier. The new Brush Dynamics feature is a kick to play with, and one can see how it would be useful when creating specialized effects. With the Dynamics, I can create a wonderfully fun fairy sparkle effect, just by setting the pressure, velocity, and random settings for the brush opacity, hardness, size, and color.

Some of the more popular plug-ins, such as the Layers plug-in, which emulates the Photoshop layer effects capability still have not been ported to 2.6. Most of the effects, however, can be created by scratch until the plug-ins are updated. Plus, there’s enough to the basic tool, including the new GEGL operations, and the Brush Dynamics to keep one occupied for hours.

GIMP isn’t the tool for everyone. If you’re proficient with Adobe Photoshop, work in an operating system in which Photoshop is released, and can afford the rather expensive upgrades, you should stay with Photoshop. However, with today’s troubled economic times, and an increased interest in being frugal, you can’t beat GIMP 2.6’s price: donate what you can to the project. In addition, the new Photoshop CS won’t run on many older Mac architectures, including both my Leopard and Tiger laptops.

Paired with UFRaw, you have what you need to do sophisticated photo processing with GIMP. And with all of the graphics plug-ins, filters, scripts, and so on, you can do most other graphics work with the tool, as I hope to demonstrate more fully in the future.

GIMP 2.6 was released this week, with enhanced UI experience, as well as support for 32-bit color. The latter is particularly important as several web designers and photographers have focused on GIMP’s 8-bit support as their main reason not to use the tool. The 8-bit support is still the default, but you can turn 32-bit on, and the next few versions of GIMP should incorporate comprehensive support for both 32-bit and non-destructive editing.

The release is source code only at the GIMP site, though Lifehacker provides links and instructions for installing the tool in Ubuntu and Windows. The application has not been ported to Macports yet, and probably won’t be for some time. I am considering doing a source code build, something I normally wouldn’t touch. However, I really do want to see the new features, and in particular, the 32-bit support.

What makes the timing on GIMP 2.6 especially relevant is the fact that the days when we could spend thousands of dollars on software and equipment in order to work with our photos and web designs are over for most of us. I wasn’t joking when I said earlier that Frugal is sexy. Not buying is the new black.

Speaking of SVG, Lachlan Hardy pointed out the Raphaël JavaScript library to me, and I wanted to pass it along.

This library provides cross-browser dynamic vector graphics that generates VML for IE, and SVG for the rest of the world. Among the graphical elements you can create are paths, eclipses, rectangles, circles, and text, and be able to apply a number of transformations.

Included in the library web site is a playground where you can try the code out.